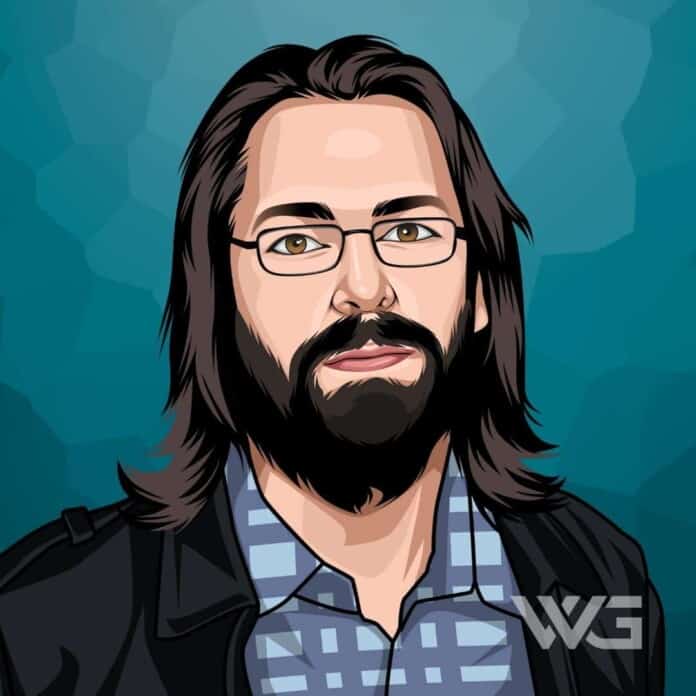 What is Martin Starr’s net worth?

As of December 2022, Martin Starr’s net worth is estimated to be $6 Million.

Martin Starr is an American actor and comedian from Santa Monica.

Starr is best known for the television roles of Bill Haverchuck on the short-lived comedy-drama ‘Freaks and Geeks’, Roman DeBeers on the comedy series ‘Party Down’, and Bertram Gilfoyle in the HBO series ‘Silicon Valley’.

Martin James Pflieger was born on the 30th of July, 1982, in Santa Monica, California. Pflieger is the son of actress Jean St. James and James Schienle.

In an interview with Wired magazine, Starr admitted to feeling “frustrated and depressed”, after Freaks & Geeks was canceled, due to a lack of offers at the age of 22.

Martin Starr made his acting debut in 1992 by appearing in the movie ‘Hero’. He then appeared in the comedy series ‘Freaks and Geeks’. Then in 2001, he did the short film ‘Eyeball Eddie’ and also appeared in the series ‘Roswell’.

From 2004 to 2009, Starr did numerous small screen and big-screen projects, such as ‘Who’s Your Daddy?’, ‘Fish Burglars’, ‘Kicking & Screaming’, ‘American Storage’, ‘Knocked Up’, ‘Superbad’, ‘Walk Hard: The Dewey Cox Story’, ‘The Incredible Hulk’, ‘The Invention of Lying’, ‘Paper Heart’, ‘Revelations’, ‘Wainy Days’ and ‘Party Down’.

Starr then got the opportunity to act in the films and short films ‘Save the Date’, ‘Angel of Death’ and ‘Deep Dark Canyon’. In 2013, he did the movies ‘This Is the End’ and ‘The Lifeguard’.

In the year 2017, he appeared in an episode of the series ‘Bill Nye Saves the World’. He also did the films ‘Lemon’, ‘Infinity Baby’, ‘Grow House’ and ‘Spider-Man: Homecoming’ during that time.

Here are some of the best highlights of Martin Starr’s career:

“I’m allergic to money because the choices that I make usually concern the people and the project itself, rather than the financial gain that is projected. I have the reputation for being the opposite of a money-grubber.” – Martin Starr

“I feel like I veer more away from technology than toward it. I’m a little scared of the direction we’re going, to be honest. It feels like a sci-fi novel from the ’50s, the way we can control everything and the solitude we each have in our own little bubbles, and yet we feel like we have social interactions. We’re moving in a weird direction, at least.” – Martin Starr

“I’m a nudist by trade and hobby. I grew up in LA and I’ve been fortunate enough to be doing this for a lot of years; if someone is thinking of me as they’re writing something I take it as a huge compliment and hope that it’s an interesting character at least.” – Martin Starr

“I’ve had unsatisfying experiences, but mostly it’s about communication, which is why I make an effort to talk to the director beforehand to make sure we see eye-to-eye as creative individuals. If [good] communication isn’t present, you can lose something and end up very unhappy.” – Martin Starr

Now that you know all about Martin Starr’s net worth, and how he achieved success; let’s take a look at some of the best lessons we can learn from him:

Strength does not come from physical capacity. It comes from an indomitable will.

2. What Doesn’t Kill Us Makes Us Stronger

That which does not kill us makes us stronger.

The weak can never forgive. Forgiveness is the attribute of the strong.

How much is Martin Starr worth?

Martin Starr’s net worth is estimated to be $6 Million.

How old is Martin Starr?

How tall is Martin Starr?

Martin Starr is an American actor as well as a comedian who played the role of Roman DeBeers in the comedy series ‘Party Down’ and of Bill Haverchuck in the comedy-drama ‘Freaks and Geeks’.

Besides these, the actor has appeared in the dramas ‘Silicon Valley’, ‘Revelations’, ‘NTSF:SD:SUV::’, ‘Burning Love’ and ‘Life in Pieces’.

As of December 2022, Martin Starr’s net worth is roughly $6 Million

What do you think about Martin Starr’s net worth? Leave a comment below.