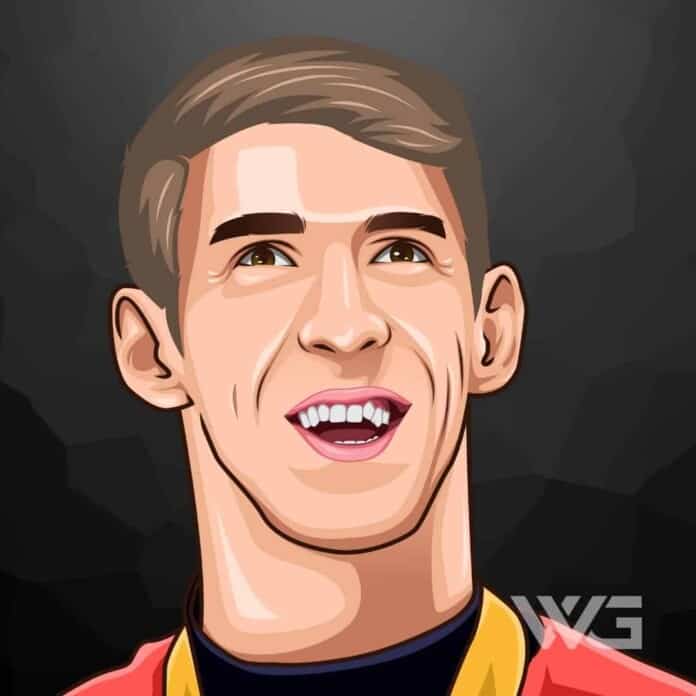 What is Michael Phelps’ net worth?

As of November 2022, Michael Phelps’ Net Worth is approximately $100 Million.

Michael Phelps is a former American swimmer and the most decorated Olympian of all time, with a total of 28 medals. In fact, if someone asked you to name several professional swimmers, Phelps would most likely be the first name anybody would say.

He has two siblings, who are both older than him. His mother Deborah is a middle school principal, and his father Michael is a retired Maryland State Trooper.

Swimming first became a part of Phelps’ life when he was 7 years old. This was majorly due to the influence of his sisters and to provide him with an outlet for his energy.

When Phelps was in the sixth grade, he was diagnosed with ADHD. By the age of 10, he held a national record for his age group in the 100-meter butterfly, and began to train at the North Baltimore Aquatic Club under coach Bob Bowman.

At only 15 years old, Michael Phelps qualified for the USA Olympic team in the 2000 Summer Olympics. Phelps was the youngest person to qualify for the team in 68 years.

In 2001, Phelps broke the world record for the 200-meter butterfly in the World Aquatics Championship Trials. That day he made history, becoming the youngest male ever to set a swimming world record.

Here are some of the best highlights of Michael Phelps’ career:

“You can’t put a limit on anything. The more you dream, the farther you get.” – Michael Phelps

“I think that everything is possible as long as you put your mind to it and you put the work and time into it. I think your mind really controls everything.” – Michael Phelps

“If you want to be the best, you have to do things that other people aren’t willing to do.” – Michael Phelps

“I won’t predict anything historic. But nothing is impossible.” – Michael Phelps

“Swimming is normal for me. I’m relaxed. I’m comfortable, and I know my surroundings. It’s my home.” – Michael Phelps

“I have the opportunity to be part of swimming history. To take the sport to a new level would be an honor for me. There’s no better time to try this than now.” – Michael Phelps

View our larger collection of the best Michael Phelps quotes!

3 Keys to Success from Michael Phelps

Now that you know all about Michael Phelps’ net worth, and how he achieved success; here are 3 success lessons we can all learn from Michael Phelps:

Phelps is a beast when it comes to preparation. He trains everyday, and for long periods of time. He also used to eat a 12,000 calorie diet everyday to keep him fuelled for training.

Preparation is key. You have to prepare for success. It won’t just come to you.

Michael Phelps was the youngest person to make the Olympic team in 68 years; he was also the youngest male ever to break a world record.

You’re never too young, so don’t let age stop you from going after your dreams.

Phelps has always been very bold in the past about his goals, and was never afraid to admit them to others, no matter how ambitious or optimistic they were.

Let that be a lesson, to never be afraid of stating your goals to others!

How much is Michael Phelps worth?

Michael Phelps’ net worth is estimated to be $100 Million.

How old is Michael Phelps?

How tall is Michael Phelps?

Michael Phelps is one of the highest paid athletes of all time, with a total net worth of $100 Million. He is now retired and has gone down in history as the most successful Olympian of all time.

What do you think about Michael Phelps’ net worth? Leave a comment below.