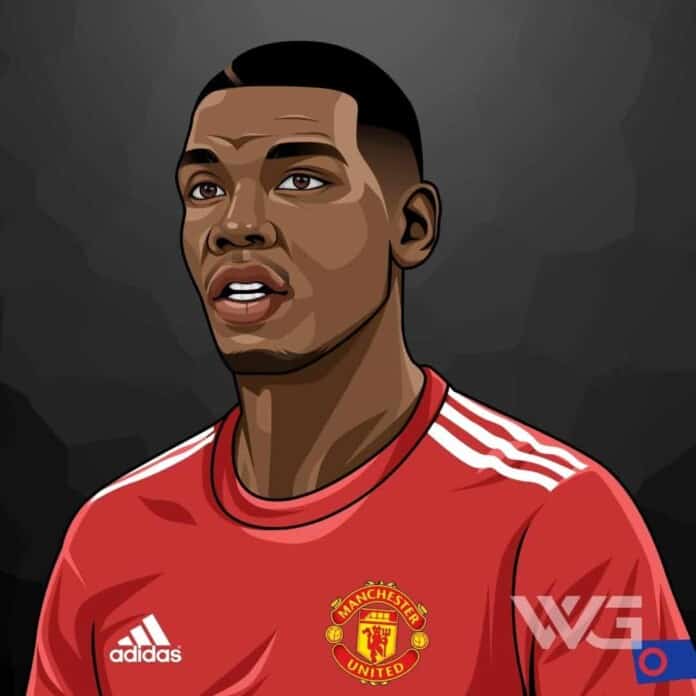 What is Paul Pogba’s net worth?

Some of these titles include four ‘Serie A’ awards, two ‘Supercoppa Italiana,’ ‘UEFA Team of the Year’ and the ‘FIFA Under-20 World Cup.’ Currently, he is on the ‘Manchester United F.C.’ team and the France National team as a midfielder.

Paul was born in Lagny-Sur-Marne, France on March 15, 1993. His family formerly lived in Conakry, Guinea but moved to France for a better life before Paul was born.

In school, Paul started to find that his true calling was soccer and at the age of six he joined his first club ‘US Roissy-en-Brie.’ Throughout the next seven years, Paul began to develop his skill as a player immensely and gained a lot of recognition.

He later joined the club ‘US Torcy’ and became the team captain for their ‘Under-13’ team. Soon after the ‘US Torcy’ club, he ended up joining the ‘Le Havre’ club, a more prestigious club that would give him more exposure.

His first debut with ‘Manchester United’ was in October of 2009 with the ‘Under-18’ team. In 2011 he helped his team win the ‘Youth Cup,’ and in 2012 he had his ‘Premier League’ and his ‘UEFA Europa League’ debuts only a few months apart.

That same year Paul received some backlash for refusing to sign a new ‘Manchester United’ contract.

Soon after leaving ‘Manchester United’ he joined ‘Juventus.’ During his first season with the club he played in the ‘Serie A’ and the ‘UEFA Champions League’ and in 2013 received the ‘Golden Boy’ award.

In 2014, he was named one Europe’s top ten most promising players and led his team to the ‘Serie A’ 2015 win, the ‘Champions League’ finals, and the ‘Coppa Italia’ win.

In 2016, Paul Pogba signed a contract with ‘Manchester United’ worth about ￡89.3 million. He led Manchester to the ‘EFL Cup’ finals, and in May of 2017, and he helped them win the ‘Europa League’ title.

Paul has also remained a part of the French National team since the very beginning of his career as a soccer player and captained the French team to their first ‘FIFA Under-20 World Cup.’

Here are some of the best highlights of Paul Pogba’s career:

“My family always helped me. I had people around me who always pushed me to be the best: my dad, my mum. My dad used to play and coach as well. But I wasn’t born with shiny things.” – Paul Pogba

“They teach you some things, but football is instinct sometimes. You just get the ball, and sometimes you dribble past three players and pass it; other times, you can shoot from far away. It’s just instinct. If you feel something, just do it. I am free to do that.” – Paul Pogba

3 Rules for Success from Paul Pogba

Now you know all about Paul Pogba’s net worth, and how he was able to achieve success, let’s take a look at some of the success lessons we can learn from him:

Follow your passion and do what you think is right for you. Only you can pave the way for your future, and if you stray away from your passion then you aren’t being true to yourself, and you might miss the opportunity of a lifetime.

Don’t let life pass you by. Enjoy every minute of your life and appreciate how fortunate you are to have what you have. Live in the moment.

3. Cherish those who care about you.

Keep your loved ones close and value the time and energy they spend with you. In the end, they are going to be the ones that stick by you no matter what the future may hold.

How much is Paul Pogba worth?

Paul Pogba’s net worth is estimated to be $125 Million.

How old is Paul Pogba?

How tall is Paul Pogba?

Paul Pogba has quickly become one of the most successful and sought-after soccer players in the world. He has led every team he’s been on to several victories and will gain more fame as he continues to play.

What do you think about Paul Pogba’s net worth? Leave a comment below.