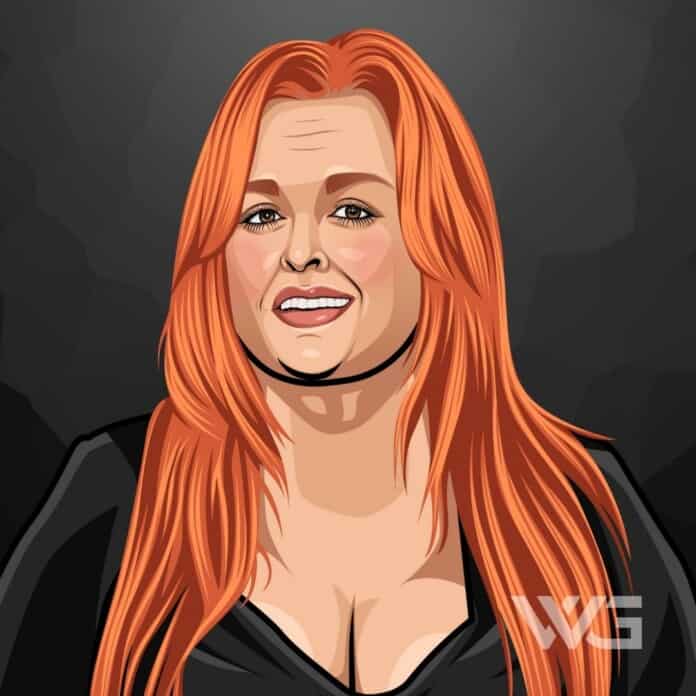 What is Wynonna Judd’s net worth?

Judd is one of America’s most widely recognized and awarded female country singers of the 1990s. Her albums and tracks are all credited to the single name Wynonna. She rose to fame in the 1980s. Alongside her mother, Naomi, they started a country music band named the Judds. The Judds disbanded in 1991.

Christine Claire Ciminella was born on the 30th of May, 1964, in Ashland, Kentucky. She was given the last name after Michael Ciminella, the man her mother married after being abandoned by her boyfriend. Her biological father was Charles Jordan.

Her younger half-sister, Ashley Judd, is an actress. In 1976, Ciminella lived in Kentucky, where she took inspiration from the country music that her mother listened to.

The singer has two children. Daughter – Grace Pauline Kelley and son – Elijah Judd. She was married three times. First, in 1996 when she married Arch Kelley III, the father of her son. Her second husband was D.R. Roach, whom she married in 2003. This marriage lasted four years and ended with a scandal when Roach was arrested for sexual assault of a child.

In 2012 she married her current husband, Cactus Moser, the drummer for the band Highway 101. Two months later, Moser was severely injured in a motorcycle accident in South Dakota, which resulted in him losing his left leg.

In 1979, the Judds moved to Tennessee to pursue a musical career. They got signed with RCA Records. Between 1983 and 1991, The Judds charted 23 hit tracks on the Billboard Hot Country Singles charts. They also recorded eight studio albums, including a Christmas album – Christmas Time with the Judds. They sold more than 20 million records worldwide and had won over 60 industry awards.

She started her solo career in 1992 when she was signed to MCA Records. From that moment, she was known as Wynonna. In January of the same year, she had her first solo performance on TV at the American Music Awards, unveiling her first single, “She Is His Only Need,” from her self-titled solo debut album.

The single went to No. 1 on the Billboard country singles charts, as well as three singles that followed it.

Wynonna Judd was forced into early retirement after her farewell tour ended due to the health issues caused by the chronic case of hepatitis C. She briefly came back on stage to reunite with Naomi Judd as a mother-daughter duo at New Year’s Eve concert in 1999.

In 1996, Judd released ‘Revelations’ which was her third album that was certified platinum. Her fourth album under the MCA label was ‘The Other Side’.

Judd released her fifth album ‘New Day Dawning’ in 1999. Her next album, ‘What the World Needs Now Is Love,’ was released in 2003.

She provided the voice of Molly Cule in the animated “The Magic School Bus”. In 1999, she appeared on “Blue’s Clues”. She guest-starred as a singer on the fifth season of “Touched by an Angel”. From her more important television appearances, she starred in a special television event on NBC titled “Wynonna: A Tribute on Ice”. Wynonna was also a host of season four of USA’s “Nashville Star.”

In 2022 The Judds were inducted into the Country Music Hall of Fame. The ceremony honouring this event took place on May 1 2022, just one day after Naomi Judd passed away.

Wynonna is considered to be one of the icons of country. Her commercial success and influence on this genre and the music industry made her one of the most significant artists in country music history.

How Does Wynonna Judd Spend Her Money?

Wynonna Judd lives near her family, and she has spent a lot of money helping different charities.

Judd is a proud owner of a beautiful home in Leipers Fork, Tennessee. The country singer lives in this property, really close to her sister, Ashley Judd. She owns a lot of vacant land between this home and Ashley’s.

Here are some of the greatest hits of Wynonna Judd’s career:

“One of my goals in this new year is “restoration.” I have a word every year. Restoration is taking the past and using it to propel me into the now which is, “How do I feel right now about being a part of this band?” It’s exhilarating and terrifying. It’s a lot of work. I’m spending more time as a musician than I ever have. Being an artist is like breathing. It’s as easy to me as you write.” – Wynonna Judd

“No, I don’t, because Cactus is that. Cactus is the leader. I get to just show up and get away with singing. You know what’s really great, sometimes? Letting go. Letting go of the idea of having to be in control. That really was a lifesaver. After his accident, I became Mrs. Moser.” – Wynonna Judd

“Sonically, I wanted to make a record that sounds as interesting as it is musical. It’s a little bit more of a soundtrack where the music speaks a little more. We used these very distinctive 1930s drums that I played on the whole record. The band all started to react to that instrument and it changed the feel and instrumentation that they played with.” – Wynonna Judd

“That’s exactly what I wanted. When I walked away, I felt like I had no idea about the record and how it was going to sound. When I heard him come into the room and put on my headphones and play me Timothy B. [Schmit] singing his favorite Poco memories into this song.” – Wynonna Judd

“It’s a really special time of making connections that are sacred, that have nothing to do with guys sitting in a board room putting together two artists because they know it’s going to be number one.” – Wynonna Judd

Now that you know all about Wynonna Judd’s net worth and how she achieved success; let’s take a look at some of the lessons we can learn from her:

You have to fill your cup. You then give away the overflowing, but you keep a cupful for yourself.

To heal from the inside out is the key.

The failures and successes are necessary for learning.

How much is Wynonna Judd worth?

Wynonna Judd’s net worth is estimated to be $12 Million.

How old is Wynonna Judd?

How tall is Wynonna Judd?

Wynonna Judd is an American country singer who first rose to fame in the 1980s alongside her mother in the music country music duo “The Judds”. She launched a solo career in the early 1990s.

In her solo career, she released eight albums. Her first three singles all reached number one on the U.S country singles chart.

She is most recognized for her musical work although she has also pursued other writing, acting, and philanthropy interests.

What do you think about Wynonna Judd’s net worth? Leave a comment below.