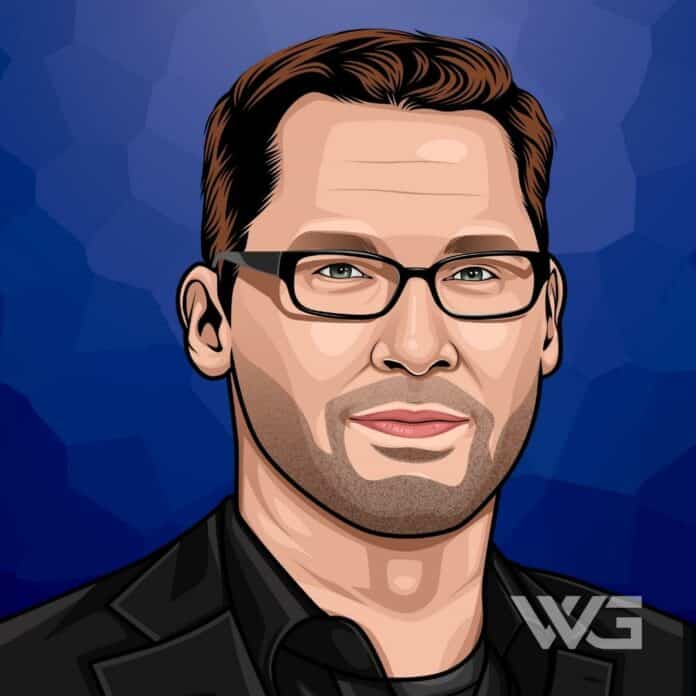 What is Bryan Singer’s net worth?

Bryan Singer is one of the most talented directors in Hollywood, and he has earned millions for his directorial skills.

While he stopped directing due to sexual assault allegations, he has still amassed more than enough money to live comfortably for decades.

Bryan Jay Singer was born September 17th, 1965, in New York City, and he was adopted by Grace Sinden and Norbert Singer, an environmental activist and corporate executive, who raised him in a Jewish household.

Growing up in the West Windsor Township of New Jersey, Bryan started experimenting with 8mm films and photography from a young age.

He later attended West Windsor-Plainsboro High School, graduating in 1984, before heading off to the School of Visual Arts in New York.

After two years of studying in New York, Singer transferred to the USC School of Cinematic Arts in Los Angeles, where he entered the Critical Studies program.

Bryan Singer got his start in 1988 as a short film director, creating the film Lion’s Den with Ethan Hawke.

Following the surprise success of this film, Bryan pitched a concept that turned into the film Public Access, which premiered at the 1993 Sundance Film Festival.

Entering the 2000s, Singer got the chance to direct the first film in the X-Men franchise and was expected to direct X-Men: The Last Stand in 2004, but he turned down the project to direct Superman Returns instead.

In 2009, Singer confirmed that he would direct Jack the Giant Slayer and X-Men: First Class, though due to scheduling conflicts, he ended up only serving as the co-screenwriter and producer for X-Men.

Bryan Singer returned to DC Comics in 2012 with the announcement that he would direct X-Men: Days of Future Past, which he followed up with directing X-Men: Apocalypse in 2016.

In 2016, Singer was reportedly directing the Queen biopic Bohemian Rhapsody, which he directed most of before being fired from the production due to sexual assault allegations.

Later in 2017, Singer signed to direct the pilot episode of The Gifted and X-Men Universe TV show, but it ended up being canceled after only two seasons on Fox.

While he isn’t one of the richest directors in the world, Bryan Singer has done very well for himself monetarily.

Although we don’t have access to all of his yearly earnings, we do know what he’s earned from a few of his movies and real estate sales.

Despite not having a net worth as large as James Cameron, Bryan Singer has amassed a substantial amount of money throughout his directorial career.

Bryan Singer is married to actress Michelle Clunie, and the couple has a son, Dashiell Julius William Clunie-Singer, who was born in 2015.

Since 1997, Bryan has faced several allegations of sexual misconduct, the earliest of which included a 14-year-old extra on Apt Pupil, who claimed Singer asked him and other minors to film a nude shower scene.

In 2014, more allegations surfaced, including a civil lawsuit for sexual assault of a minor being filed against the director.

Ultimately, this case was thrown out with the accuser, Michael Egan, later being arrested himself for conspiracy to commit wire and securities fraud.

The same year, a lawsuit was filed on behalf of an anonymous British man who accused Singer of meeting with him for sex when he was underage.

Like the earlier case, this one was also dismissed at the accuser’s request.

Despite his earlier victories in court, 2017 and 2019 brought even more allegations, with Singer paying a settlement in the 2017 case.

However, his 2019 allegations ended up being the straw that broke the camel’s back, with Singer being denied a GLAAD nomination for Bohemian Rhapsody after being fired from the project and losing the chance to direct Red Sonja.

Due to all of these claims, Bryan Singer has since made his official Instagram account private and has removed himself from other social media sites.

Bryan Singer has been nominated for and won many awards, all of which hammer home the significance of his career as a film director.

Although he has numerous achievements, some have stood out more than others.

Here are some of the most important awards and nominations from Bryan Singer’s career:

While he isn’t the most decorated director in Hollywood, he has certainly won a fair share of awards and nominations for his work.

How Does Bryan Singer Spend His Money?

Bryan Singer has been known to spend his money on real estate, most notably his Malibu mansion in the Point Dume area.

While he sold this home in 2021 for $13.75 million, his primary residence is located in the hills above West Hollywood.

This home has been an ongoing project for Singer, and from 1998 to 2014, he spent $6.5 million piecing together three separate properties to build his luxury compound.

His most recent purchases in 2014 cost him $3.1 million, making him the proud owner of three multi-million dollar properties, all on the same street.

Bryan Singer has reached many milestones throughout his filmmaking career, and they have helped him grow his fame and fortune.

However, some have been more significant than others and have allowed him to achieve impressive success.

Here are some of the best highlights of Bryan Singer’s career:

Bryan Singer has directed many different films, showing off his flexible talent, which has helped him become so successful.

Bryan Singer has spoken out often about his passion for filmmaking and working behind the camera.

While there are many great things he has said about his work, some have stood out to fans more than others.

Here are our favorite quotes from Bryan Singer:

There are many great lessons to learn from Bryan Singer’s career behind the camera.

Now that you know all about Bryan Singer’s net worth, we can take a closer look at what he can teach us about reaching our own goals.

Here are some of the best success lessons to learn from Bryan Singer:

If you do something that you love, you’ll never work a day in your life.

While not everyone is fortunate enough to be able to do exactly what they love, finding ways to incorporate your passion into any of your projects can be a great way to keep yourself motivated.

When you start climbing the ladder of success, it can be difficult to see the light at the end of the tunnel.

However, if you stand by the process, dedicate yourself, and put in the hard work, you’ll see the fruits of your labor before you know it.

No matter where you are on your journey, you’ll experience setbacks at one point or another, but you can’t let that slow you down.

Small setbacks should be treated as nothing more than a speedbump that, while they slow you down momentarily, are ultimately inconsequential when compared to the entire road.

Bryan Singer has made millions as a film director and founder of the Bad Hat Harry Production company.

While his career hasn’t come without controversy, there is no denying the talent that has earned him a fortune.

Although he hasn’t directed anything since 2017, make sure to check back often because you’ll never know when he’ll get back behind the camera.

What do you think about Bryan Singer’s net worth? Leave a comment below.

What is Helen Mirren's net worth? Introduction As of ,...