Sometimes you don’t realize how stressed you are until the volcano in your brain is about to erupt. When that happens, it’s nice to have a game plan to fall back on. While I was working in the ambulance as an EMT, I had more than a few stressful days at work.

It takes a while for long-term stress from a chaotic job to build up. I made it through about a year of emergency medicine before it was time to get proactive about staying cool. I settled on a few key tricks.

How to Calm Down in 5 Minutes or Less

Number one is music. Nothing has a more powerful and immediate impact on motivation and mood. Music is one of the only treatments that temporarily reduce symptoms of patients with late-stage degenerative brain disease. If it can work on them, it can work for you too.

Number two is exercise. Exercise burns off excess stress hormones that build up throughout the day. It also releases feel-good endorphins while boosting mental clarity with the production of BDNF in the brain.

Number three is the sense of smell. Your nose is a direct line of communication to the amygdala, the area of the brain most strongly tied to emotions and memory recall. You can use it to ground yourself after moments of high stress.

In the time it takes to listen to one song, you’ll be ready to run another 911 call or deal with whatever emergency life throws your way next.

Step 1: Chill Out With Some Tune-age

Chances are if you’re in the middle of a shift at work, you’re not going to have a ton of time to step aside and ease your troubled mind. If you have time to listen to a song somewhere relatively private, you have time to de-stress at work.

Related:  6 Reasons to Read A Book Every Month

Music has a powerful impact on emotional state, memory, creativity, and workflow. You need all of these to be in tip-top shape if you want to crush the work day. Have a pre-made playlist of songs ready to go.

Aesthetically, research shows that fast-paced instrumental music is best for getting you pumped, but it’s less effective for calming you down. Lyrics can distract you from allowing your mind process what’s stressing you out.

For the best results, pick songs that are slower, laid-back, and instrumental. They’ll give you a nice blank canvass to project your thoughts onto so that you can deal with the moment and move on. Songs that have strong emotional ties to happy memories can be are best.

Exercise is one of the most powerful cognitive enhancers I’ve tried, no joke.

When it comes to stress-reduction, it’s a tool of titans. Hormones are in the driver’s seat of your mind more than you realize. Chronically elevated cortisol levels have a cascading adverse effect on motivation and mood stability by causing hormonal imbalances throughout the body.

Just a few quick minutes of lunges and push-ups is enough to reduce cortisol production and get your head back in check.

High-intensity exercise is proven to ramp up BDNF levels in the brain. BDNF what!? Brain-derived neurotrophic factor is one of the most influential (and least well-known) proteins in the brain.

Supplements that boost BDNF include fish oil and turmeric, but nothing compares to the effects of exercise. BDNF is critical for neurogenesis, the formation of new neurons in the brain.

Dr. John J. Ratey, M.D. calls it “Miracle-Gro for the brain” in his book, Spark, The Revolutionary New Science of Exercise and the Brain. Not only is it central to neurogenesis, but it’s also critical for protecting existing synaptic connections from damage by free radicals, toxins, and the wear and tear of inflammation.

Exercise also triggers the release of endorphins that act on opioid receptors in the brain. Now that you’ve gotten your body moving to the perfect song, it’s time to smell the roses, lavender, or whatever else you choose.

Step 3: Your Nose Is More Powerful Than You Realize

On a list of important senses, the sense of smell often gets ranked last. You might want to rethink this if you’re in dire need of a stress detox.

The sense of smell plays a central role in memory formation and recall. When you look at a diagram of the brain, the olfactory nerve that’s connected to the nose runs straight back to the amygdala, the emotional centre of the brain.

In times of stress, several essential oils are proven to reduce anxiety. Lavender is the most effective and most widely researched. Rose, bergamot, and chamomile are also proven to have anxiolytic effects.

Because the sense of smell is so closely tied to memory, I find pine needles to be incredibly relaxing. My happiest moments growing up were spent in the mountains of western Montana at my grandparent’s cabin on Lake Lindbergh, where the scent of pine was thick in the air.

I started putting a few pine needles in my pocket at work. When my song reaches its end, and I’m sucking wind from working out, I reach into my pocket and suck in the smell of pine trees. By the time my breathing returns to baseline, I’m ready to get back to work with a clear head.

Bouncing back from stress is really about knowing what makes you tick.

Get to know what music centers you, what exercises are doable, and which smells rock your brain in happy-mode. Combine these tactics over the course of a song, and you’ll be on your way to a more productive and enjoyable day.

Related:  How to Deal With Emotions to Maximize Productivity

Are you having a stressful day? Leave a comment below.

19 MUST Try Techniques to Reduce Stress in Your Life 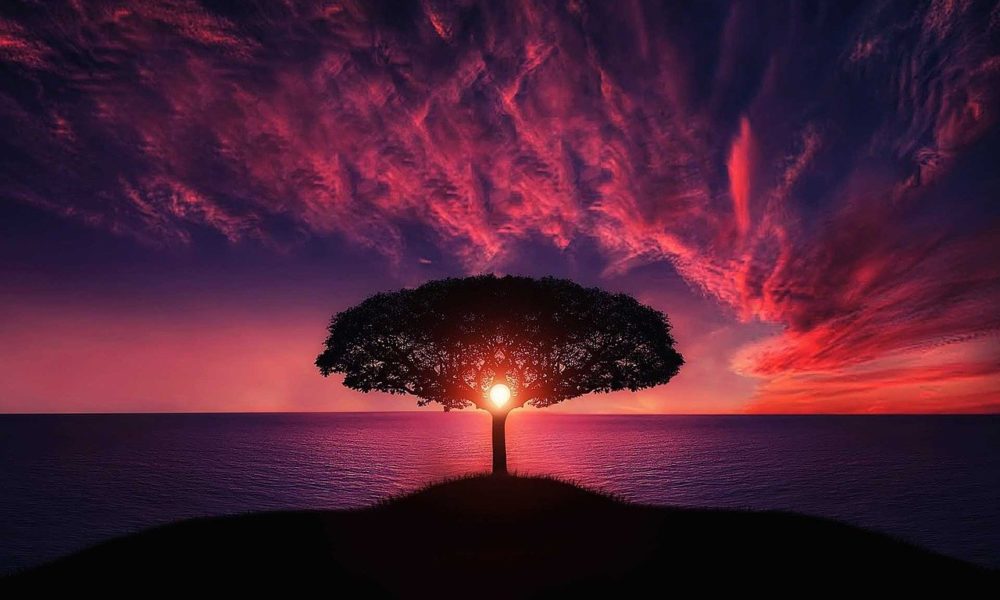 8 Inspirational Role Models to Look Up to 12 Reasons to Stop Eating Sugar All the Time