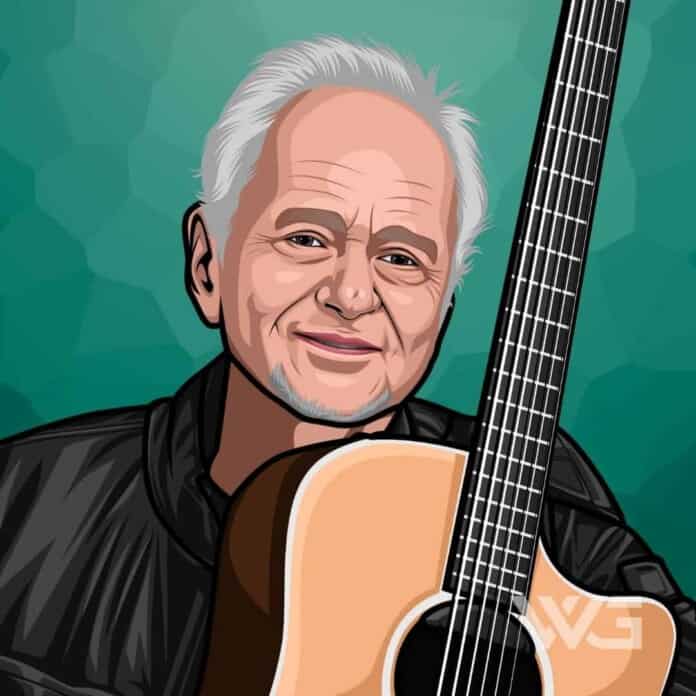 What is Jesse Colin’s net worth?

Jesse Colin is an American singer and songwriter.

Colin was a founding member of the 1960s group the Youngbloods. He embarked on a solo career after he released a series of successful albums through Warner Bros. Colin continued to release music in the 1980s with Elektra Records and Cypress Records.

As of December 2022, Jesse Colin’s net worth is estimated to be roughly $2 Million.

Miller was born to musical parents. His mother was a violinist and singer, while his father was a Harvard-educated accountant. He learned to play piano from a really young age. He won a scholarship to attend Phillips Academy in 1959.

After finishing high school, Miller enrolled in Ohio State University. After a semester, he returned to his parent’s home in Pennsylvania. He balanced his studies with performances at Greenwich Village.

Colin met Jerry Corbitt, a folk singer from Massachusetts. They formed a band as a duo called the Youngbloods. Eventually, Corbitt’s friends and “Banana” Levinger and drummer Joe Bauer joined the band.

During this period, Colin switched from performing guitar to performing bass. After signing to RCA Records, the band released their debut single ‘Grizzly Bear’ in 1966. The group’s first album contained the song ‘Get Together’ and was released as a single in 1967.

During the production stages of the band’s third album ‘Elephant Mountain,’ the band relocated from New York to California. In 1970, he built a recording studio next to his home in California. He began recording his solo album ‘Together,’ which later was released in 1972.

Due to the album’s success, he disbanded the Youngbloods after their final album ‘High on a Ridge Top’ in 1972. He quit performing in music in 2012. He was inspired to work again in 2016 after being impressed by the musicians at his son’s graduation. After touring for a year, Colin recorded a new solo record with the band, Dreamers, released in 2019.

As of December 2022, Jesse Colin’s net worth is estimated to be roughly $2 Million.

How Does Jesse Colin Spend His Money?

Colin has a passion for expensive cars. One of his most notable purchases includes a Tesla Model X and a 1972 BMW.

Here are some of the best highlights of Jesse Colin’s career:

“I was diagnosed with Lyme disease in 2009, I’d probably had it for 20 years before that. I had to take some time off and get better, and it was a slow process. Then, in 2016, my son Tristan was graduating from Berklee College of Music and I went to his senior recital. He had put together a little band, and I just sat there, and they blew me away.” – Jesse Colin

“I decided to do these little acoustic videos. For the first we made, which was called My Hometown, my Labrador, Django, came and curled up at my feet. It was a one-camera video, very simple. Then whenever I wrote a song over the next three or four years.” – Jesse Colin

“Lyrics sometimes come, and I write everything down. Then when I read them the next day most of it is kinda lame but there’ll be a few gems in there and so I will pull the gems out. I really have no control over that and I don’t want to.” – Jesse Colin

“There was no planning there. For example, I knew I wanted to write a song about the environment but I had no idea that it would come as a Cajun waltz. In the beginning, I thought that was peculiar.” – Jesse Colin

“Well, there’s a lot of topical songs on this. I’m sure that had a big influence. There are three love songs. Some songs were pushed aside as not really fitting in with the group.” – Jesse Colin

“We rehearsed them all and anyone could have an idea when we were doing that. I do my best to create a path, but then things change, and we come upon parts that I thought were cool.” – Jesse Colin

Now that you know all about Jesse Colin’s net worth and how she achieved success; let’s take a look at some of the lessons we can learn from her:

You have more strength, more resilience, and more inner wisdom than you give yourself credit for. You’ll get through it and survive.

Please yourself first and give to others based on conscious choice, not the desire for approval or feelings of guilt. Sometimes we care more about what others think than ourselves.

Challenge yourself to acquire a new skill, read something different, take a class. Learning keeps our minds engaged and sharp.

How much is Jesse Colin worth?

Jesse Colin’s net worth is estimated to be $2 Million.

How old is Jesse Colin?

How tall is Jesse Colin?

Jesse Colin is an American singer and songwriter. Colin is best known for his solo career and performing with the Youngbloods. Colin was born in Queens, New York.

He was the lead singer and founding member of the Youngbloods. They were formed in 1965 and released five albums, including their self-titled in 1967. The band’s single ‘Get Together’ reached the fifth spot on the Billboard Hot 100 chart.

As of December 2022, Jesse Colin’s net worth is estimated to be roughly 2 million.

What do you think about Jesse Colin’s net worth? Leave a comment below.