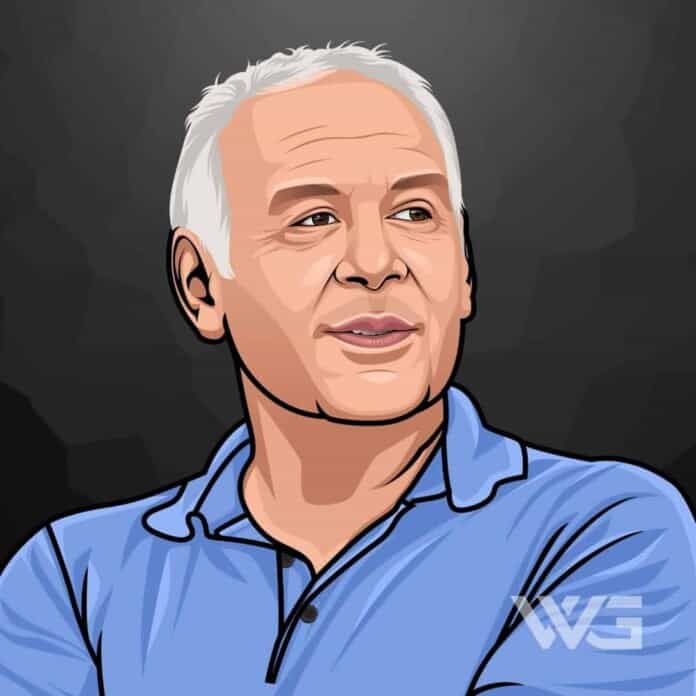 What is Jim Pallotta’s net worth?

Pallotta founded Raptor Group in 2009, which is a private investment company. He was vice-chairman at Tudor Investment Corporation. He was also the co-owner and chairman of the football club A.S. Roma from 2012 to 2020. He is the co-owner of the NBA Boston Celtics.

James Joseph Pallotta was born on the 13th of March, 1968, in Boston. Pallotta’s mother is from Canosa di Puglia, and his father is from Calabria, Italy. Alongside his sisters, he was raised in Boston’s Italian north neighborhood.

His sisters operated NEBO Cucina & Enoteca in Boston. He ended uå earning a BA at the University of Massachusetts Amherst and an MBA at Northeastern University.

Alongside three other investors Thomas R. DiBenedetto, Michael Ruane, and Richard D’Amore, they acquired the football club A.S. Roma in 2011. The following year, Pallotta became the chairman of the club.

In 2019, he was in final negotiations to sell the team for $872 million to businessman Dan Friedkin. Before his company Raptor Group, he was a vice-chairman and partner at Tudor Investment Corporation.

How Does Jim Pallotta Spend His Money?

Jim Pallotta has one of the biggest and most lavish mansions. It comes with many lavish amenities such as a massive swimming pool and a wine cellar.

Here are some of the best highlights of Jim Pallotta’s career:

“One of the most frustrating things for me has been a shortage of business talent in European football and finding really good people. I’ve found that it can be tough to find people from outside Italy to come and manage inside Italy, so the pool in Italy is naturally smaller, but I think we finally have a great team from that point of view.” – Jim Pallotta

“It’s not an easy sport, and we’ve made mistakes. Many times it’s been a case of two or three steps forward, one step back…but each time we get up ready to go again.” – Jim Pallotta

“The new CEO Umberto Gandini, who was previously with AC Milan, is a huge uptick from what we were dealing with before. He has so much more experience in dealing with this world, and we have a new sporting director as we make changes to do what is best for the team.” – Jim Pallotta

“First of all, we’ve gotta be smarter in the way we do things. Their continuity and management have been the same for decades, which is something we have to aspire to because that breeds stability. “Their stadium is also a major factor, of course.” – Jim Pallotta

“On the business management side of things, we now have a very good team in place. One of the most frustrating things for me has been a shortage of business talent in European football and finding excellent people. I’ve found that it can be tough to find people from outside Italy to come and manage inside Italy.” – Jim Pallotta

“On commercial, it’s taken a while to get that up to speed from where we were starting, and the last couple years have been a lot better. I think last year was great, with some great global partnerships, but we need to drive further revenues to help us compete on the pitch. That’s just a fact of life.” – Jim Pallotta

Now that you know all about Jim Pallotta’s net worth and how he achieved success; let’s take a look at some of the lessons we can learn from him:

If you want to manage things, you have to lead people. If the people you lead respect you, you win.

Anyone can hold the helm when the sea is calm

How much is Jim Pallotta worth?

Jim Pallotta’s net worth is estimated to be $1 Billion.

How old is Jim Pallotta?

How tall is Jim Pallotta?

Jim Pallotta is an American businessman best known for being the co-owner of the NBA’s Boston Celtics’.

He founded the investment Company Raptor Group in 2009, and before that, he was the vice-chairman of Tudor Investment Corporation. He is the chairman and managing director of Raptor Group. Pallotta agreed to sell A.S Roma to Dan Friedkin in 2020.

What do you think about Jim Pallotta’s net worth? Leave a comment below.