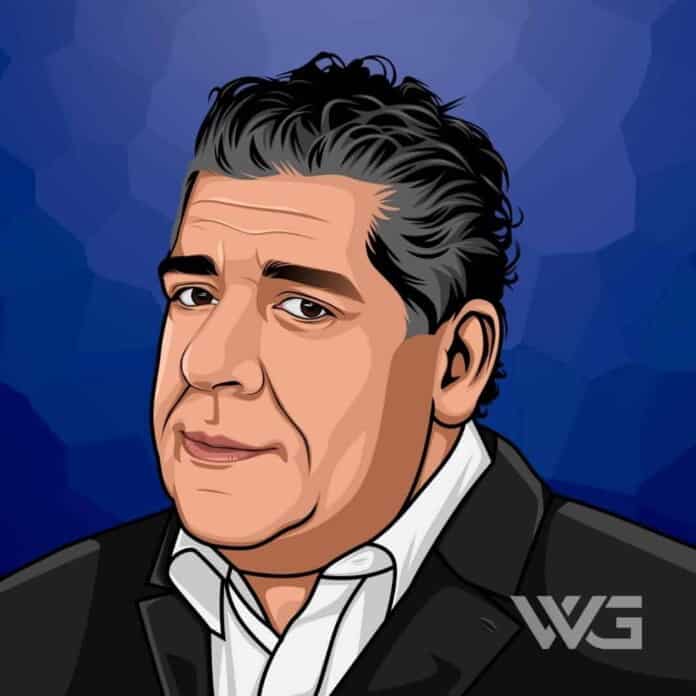 What is Joey Diaz’s net worth?

Diaz began acting in 1995 after he relocated to Los Angeles. He has seen in various film and television roles, including ‘My Name Is Earl,’ ‘The Longest Yard,’ ‘Spider-Man 2’ and ‘Taxi.’

He started to gain widespread notoriety appearances ‘The Joe Rogan Experience’ podcast in 2010. Between the years 2012 to 2020, he was his own podcast, ‘The Church of What’s Happening Now.’

His family relocated to the United States and settled in New Jersey. His mother worked at a bar. Diaz studied at the McKinley School and later attended the North Bergen High School.

Diaz had a tragic childhood, and he lost his father when he was three years old. A few years later, his mother was found dead on the floor when he was 15 years old.

Diaz used to perform stand-up comedy during his time in prison.

Later he came across an advertisement for a stand-up comedy course. He made his film debut in the sports comedy film ‘BASEketball.’ The film was a failure and mostly had negative reviews. He next had a small role in the series ‘NYPD Blue’.

Diaz had a supporting role in the comedy film ‘The Longest Yard’ in 2005. He played the role of an unlawful union organizer. In 2007, he starred in a few episodes of ‘My Name Is Earl.’

He next played guest roles in the series ‘The Mentalist’ and then had a smaller role in the comedy film ‘Bucky Larson: Born to Be a Star.’

Here are some of the best highlights of Joey Diaz’s career:

“Yeah, because… I don’t know, and it made everything okay. Like when something happens, and you add comedy to it, it makes it okay. So yeah, I think I was always doomed to be involved in some comedy because I was an only child, so I learned early on to justify everything in my head with comedy.” – Joey Diaz

“It’s funny, I went to Colorado at 19, and I missed New Jersey; I missed my friends so much. And I was making money in Colorado, I was taking classes at night, I had a ski pass, I had a nice apartment, and it made me get on a plane and go home for my birthday in 1984. And I ended up staying until June of ’85, like 18 months, and it was the worst 18 months of my life.” – Joey Diaz

“I opened up for a comic about 12 years ago who will remain unnamed—he’s a big-time comic—and after the first show, I walked in and go, “Bro, there’s a bunch of people out there waiting for you. Aren’t you going to go out there?” And he goes, “Fuck those assholes.” And I said to myself, “These people are paying your bills, you stupid motherfucker.” – Joey Diaz

Now that you know all about Joey Diaz’s net worth and how he achieved success; let’s take a look at one of his best lessons that we can learn from him:

Go your own way; people will always like to judge other people. Don’t mind other people’s aspirations, and don’t let others’ goals and dreams influence your life.

Everyone fights a personal battle, and it takes time to have a successful career and have good people around you. Good things take time.

The results will always come, eventually, so make sure that you keep trying each day. We will fail a lot of times before we can accomplish our goals.

How much is Joey Diaz worth?

Joey Diaz’s net worth is estimated to be $500 Thousand.

How old is Joey Diaz?

How tall is Joey Diaz?

Joey Diaz is an American actor, comedian, and podcast host.

Diaz is best known for being the host of ‘The Church of What’s Happening Now,’ and he is also a regular guest on the show ‘The Joe Rogan Experience.’ After performing stand-up comedy, he took a comedy course and then pursued his acting career. His first role was in the sports comedy film ‘BASEketball.’

As of December 2022, Joey Diaz’s net worth is estimated to be roughly $500 Thousand.

What do you think about Joey Diaz’s net worth? Leave a comment below.