Growing up in the 80’s, 90’s and 2000’s, many would-be adults found themselves lost in a sea of potential, drowning in opportunity, yet paralyzed to act. Millennials are often misunderstood.

They are seen as a soft generation, refusing to grow up, and take on responsibility. This is the story of Matt Anton, born in 1983, and his attempt to reinvent himself after hitting rock bottom. Along the path he would face obstacles, both real and imaginary. And lead to a culminating event which would shape his life both personally and professionally. His father Jim is a member of MENSA, a professional writer, and an alpha male.

The overbearing pressure to succeed in academics and sports would help push force Matt to reach his full potential. Graduating 5th in his Neptune High School class as a 4 letter Varsity athlete.

Receiving 1 of 16 scholar athletes honored; a far cry from the 6 week premature baby who nearly died in the hospital. He would be accepted to attend The College of New Jersey (TCNJ), a top public college in New Jersey.

As a Divisional 3 school, sports were simply a hobby. Burnt out from a “professional youth sports” participant, Matt continued to work out and party, as most young freshmen men, eventually playing Rugby after a walk-on tryout impressed the coach.

Overextended financially with loans over $24,532, there was simply no more money left his junior year of college. With a 3.0 GPA, and over 100 credits accrued, Matt had no choice but to stop attending school. while everyone packed their belongings for winter break, Matt knew this hiatus would be more permanent.

As a millennial Matt felt entitled to a better paying job, but only possessed a high school degree. After floundering at multiple dead end jobs, he turned to partying and video games as an escape from reality. Living in his parents basement, 3 years unceremoniously passed. Vices consumed his thoughts and life: binge drinking, bar fights, PlayStation, Ultima Online (MMORPGs), and uninteresting jobs. The once sports captain and academic success was a distant memory. Matt had become a shell of himself; he lost his identity as an athlete, a student, and a person with a purpose. Through all his failings, his mother, Anna allowed him to live at home, and refused to give up on her son.

Debt collectors, like clockwork, would call Matt to ensure he was making his monthly payments. When part-time work as a UPS worker ended, payments stopped.

After an aggressive debt collector threatened Matt, he broke down, letting him know he owned nothing of value, was living at home, depressed and was considering suicide. The calls stopped, yet the pending debt remained a haunting reality.

Learning to Love and Care for Others

With no money or job, Matt turned to his fellow wrestling buddy, Keith, for any job opportunities. Keith was able to get Matt a job working at New Horizons in Autism, as a Manny for 5 grown men who were non-verbal autistic.

As a lazy millennial, Matt had women, either his mother or girls who liked him in college, perform the laundry and cooking duties. Now, in a bouleversement, a complete reversal, Matt was now responsible for a group of men reliant on him. In an ironical twist, the person who could barely take care of himself, was now tasked with taking care of others. At 24, Matt entered New Horizons in Autism for a paycheck, but in the coming days, weeks and months, the 5 men began to become extended family. When asking for directions to a mental health facility, a passenger said non-maliciously “Where they keep the retards?” – Matt unconsciously took offense and realized his mindset had shifted.

The jock, alpha male facade was lifted. Matt loved the autistic men. It was as much therapy as a paying job. Working backwards, he was able to love himself by learning to unconditionally love another, who, in the eyes of society had little to no value.

Around this time, Dan, Matt’s older brother called him to inform him he was seriously thinking about creating a social network for gamers. Dan Anton, a retired Infantry Army Ranger Major served 2 tours in Iraq, receiving 2 bronze stars for valor in combat. At the time, Dan was still in the military but had previously had success in online ventures with a computer science background.

Related:  How to Cancel Your Amazon Prime Membership While Dan had a career and life trajectory of excellence, this simple conversation sparked a creative passion in Matt. He began researching and studying everything to do with promoting a website online.

He was still working as a Manny, but the job was more akin to a mother/father role, with downtime once everyone went to bed. 10-14 hours consistently were spent online researching and applying techniques to see what worked for the new social networking website.

Matt was able to secure Press from multiple sources, one a popular MMORPG website, Allakhazam.

With over 1000 members on the website concurrently the sloppy code was exposed, and the lack of venture capital (bootstrapped) meant the project would become a passion hobby project, but more importantly a learning lesson, a paid university with no degree.

A life filled with beating systems (video games) was now able to be applied appropriately to a new game – online marketing, or its specific subset SEO (search engine optimization). Matt was able to rank in Google and other search engines for extremely competitive phrases such as gaming, online gaming, video games, MMO, MMORPG.

Even though the passion project was a failure, the principles learned were valuable to real business owners who needed a way to cash in on the gold rush of the digital age, as a mass exodus of marketing dollars began to leave traditional print media.

Rigid thinking of what it means to be a man or success for older generations was also a hindrance in their ability to adapt to change; millennials are lost in many ways and forced to reinvent themselves along with emerging markets.

When living in one’s parents basement, time gives rise to either amazing ideas/passions, or a mental collapse. Timing was perfect for Matt.

The kid voted most likely to be in the Olympics was sleeping in the basement, eating blueberry morning at 4 am, drinking a beer and playing video games only a few short years ago.

Now he was wearing a shirt and tie, managing $XXX,XXX monthly budgets and a team underneath him.

Most of the heavy lifting was done early on, and as the months went by, Matt grew disenfranchised with only working for one company, when he knew he could help others.

He set off with brother Dan to provide online marketing services, primarily software, and local agencies in Atlanta Georgia (where Dan was based), New Jersey (where Matt is based), and other partner locations.

Fast forward to late 2016, Matt is married with 2 beautiful daughters.

The question “Who Am I” and “What’s this All About”, should probably not be asked too often to avoid universe level insanity. But the life experiences have taught Matt the ego is false, all is one, and there is nothing to prove.

Whether he remained in the basement or was a bum on the street (which he would have been without extremely understanding family).

His new love is advanced, transparent storytelling, also known as Public Relations. Marketing is about transparency, value and love.

Even though he failed creating his own “product”, each client he helps succeed becomes a successful case study, and extension of Matt’s success. As a lifelong resident in New Jersey, Matt has worked or lived in nearly all parts of NJ. And he provides services from his NJ SEO company.

What Can Be Learned From Matt’s Story?

As Og Mandino teaches, if you are burdened remember “this too shall pass” and all things will be lightened. Or listen to the late Alan Watts, philosophical English writer. The potential for Matt to “reinvent” himself proves we can shape our lives purposely, and this is truly a cosmic game.

Be kind to the beggar because he is you in a different perspective, different life experience, and find a passion you can cling to as a life raft and pull the wool over your eyes as you re-brand your lump of clay.

Do you have a similar story? Let us know!

What Happens to Your Body After Drinking Coke?

How to Teach Your Children to Safely Play Pokemon GO 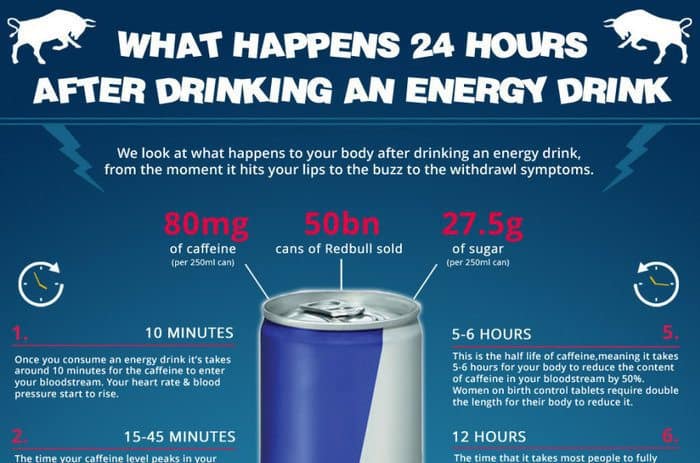 What Happens to Your Body After Eating A Big Mac? 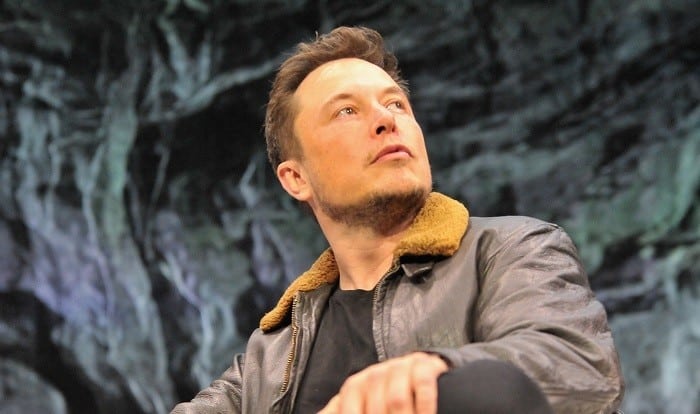 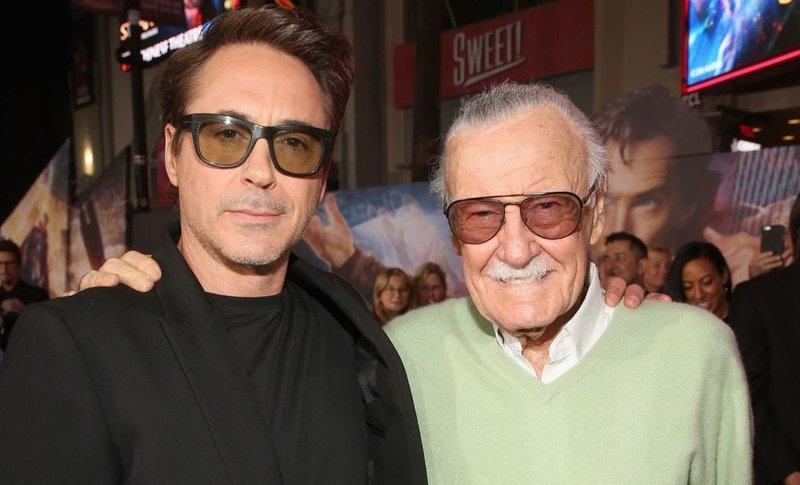 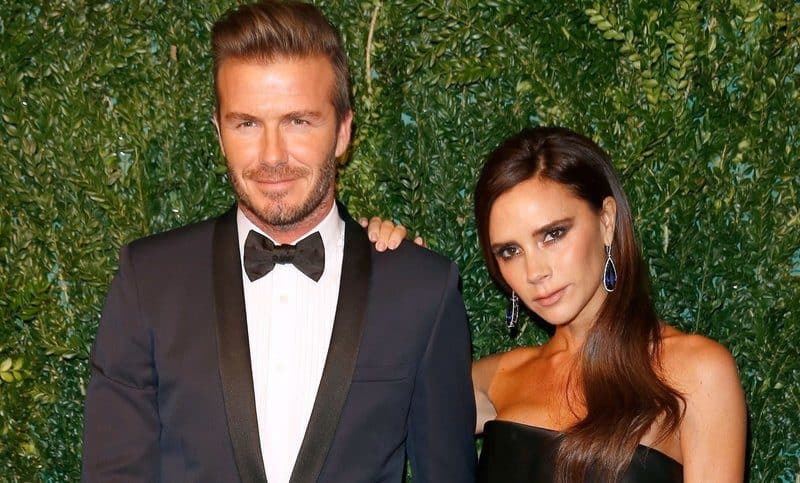