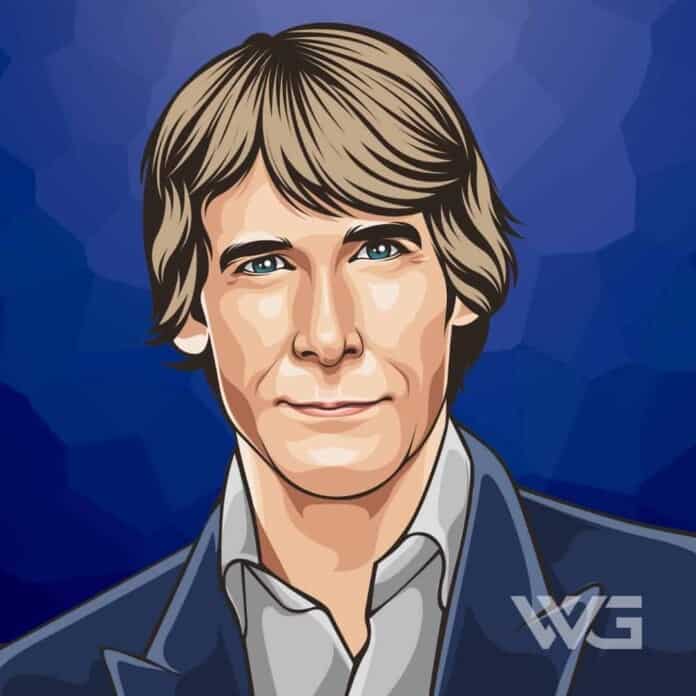 What is Michael Bay’s net worth?

As of November 2022, Michael Bay’s net worth is approximately $450 Million.

The films he has produced and directed, which include Armageddon, Pearl Harbor, and the Transformers film series, have grossed over US $7.8 billion worldwide.

Michael Benjamin Bay was born on the 17th of February, 1965 in Los Angeles, California. He was raised Jewish. His cousin, Susan Bay, is the wife of Star Trek actor Leonard Nimoy. He attended Crossroads School, in Santa Monica, California.

Fifteen-year-old Bay interned with George Lucas, filing the storyboards for “Raiders of the Lost Ark”. He was impressed by seeing the movie in the theater and decided to become a film director.

Bay graduated from Wesleyan University in 1986, majoring in English and Film. He was a member of the Psi Upsilon fraternity. He attended Art Center College of Design in Pasadena for his graduate work.

His first movie was “Bad Boys” in 1994, produced by Jerry Bruckheimer and Don Simpson starring Will Smith and Martin Lawrence. The film grossed a $141 million at the box office.

In 2001, Bay-directed “Pearl Harbor” and co-produced it with Jerry Bruckheimer. It starred Ben Affleck, Josh Hartnett, Kate Beckinsale and Cuba Gooding, Jr. The film was released on Memorial Day weekend.

In Bay’s fifth collaboration with Jerry Bruckheimer “Bad Boys II”, Bay re-teamed with Will Smith and Martin Lawrence. The film grossed $273 million worldwide, almost twice as much as the first movie.

Paramount Pictures announced that Bay will produce and direct “Transformers: Age of Extinction” and the film was released in June 2014.

Here are some of the best highlights of Michael Bay’s career:

“I don’t see anything wrong with spending a lot of money to make big action movies to entertain people. Yet somehow, I come under special scrutiny. I mean, why don’t people get upset if Dow spends $300 million to invent some new chemical? Audiences like popcorn movies. What’s wrong with that?” – Michael Bay

“Everybody knows about Pearl Harbor. The thing that really fascinated me is that through this tragedy there was this amazing American heroism.” – Michael Bay

“What I look for in a script is something that challenges me, something that breaks new ground, something that allows me to flex my director’s muscle. You have got to think fast in this business, you’ve got to keep reinventing yourself to stay on top.” –Michael Bay

“The press don’t like to say nice things because nice is boring. It’s much better to label me the devil. What we do is not brain surgery. We are entertainers, plain and simple, and we’re responsible to bring that money back, to make a profit.”– Michael Bay

Now that you know all about Michael Bay’s net worth, and how he achieved success; let’s take a look at some of the best lessons we can learn from him:

Towards the end of that MSNBC video above, Bay discusses how he chooses projects he thinks will be popular, with a specific address of the Transformers movies, and how he tries to make them for as wide an audience as possible.

“You got to have some foresight. I went with my gut. You’ve got to make them accessible to non-Transformers fans, cause I wasn’t a Transformers fan.”

Bay’s fifth Transformers movie, Transformers: The Last Knight, deals a lot with the theme that magic is just advanced science and technology that people aren’t used to yet.

That’s fitting coming from a director who sees cinema as magic and filmmakers as magicians. Bay took his course in musicals and it really helped him to pursue his career as a director.

It’s surprising that Bay hasn’t ever made a musical himself, or maybe it’s not surprising given that few musicals gross a billion dollars (perhaps the success of Disney’s live-action Beauty and the Beast will change his mind?).

In a 2013 Mother Jones article, the former music video director talks about another way that action movies should be thought of in relation to music and how he’s a composer of sorts.

How much is Michael Bay worth?

Michael Bay’s net worth is estimated to be $450 Million.

How old is Michael Bay?

How tall is Michael Bay?

What do you think about Michael Bay’s net worth? Leave a comment below.