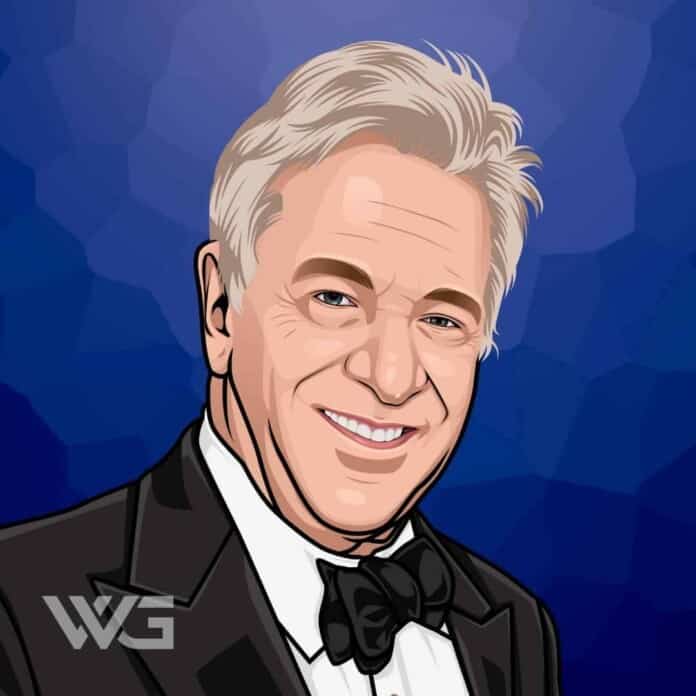 What is Paul Pelosi’s net worth?

He was the owner of the Sacramento Mountain Lions of the United Football League. Pelosi has a bachelor of science degree from Georgetown University, and he has studied at the Harvard Business School.

He married Nancy Pelosi on the 7th of September, 1963, in Baltimore.

Paul Francis Pelosi Sr. was born on the 15th of April, 1940, in California. Pelosi has a brother named Ronald Pelosi, who also is a businessman in San Francisco.

Pelosi studied at Georgetown University, where he obtained his Bachelor of Science degree. He went on to study at the Stern School of Business at New York University. He also studied at Harvard Business School.

Throughout the years, Pelosi has been a successful businessman.

His endeavors include owning and operating the real estate and venture capital investment firm ‘Financial Leasing Services.’ He has invested in the American football team Oakland Invaders of the United States Football League.

In 2009, he paid $12 million to purchase the ‘California Redwoods,’ a United Football League franchise. The team started to play in October 2009 and later moved to Sacramento. In 2010, the league declared that the franchise would be called the ‘Sacramento Mountain Lions.’

The team became defunct in 2012, and Pelosi lost around $5 million in the deal. In 2009, he was the chair of the Foreign Service Board at Georgetown.

Since then, Pelosi has made numerous investments in several stocks, including Walt Disney, Shutterfly, Apple, Facebook, Comcast, and Russell Ranch LLC.

As of December 2022, Paul Pelosi’s net worth is estimated to be roughly $120 Million.

How Does Paul Pelosi Spend His Money?

Paul Pelosi is a wealthy businessman who has spent his money on different investments and real estate. He owns many luxurious homes with his wife, Nancy Pelosi.

Before the team became the Mountain Lions, Pelosi invested in the UFL’s Oakland Invaders before he purchased the California Redwoods for$12 million. He also sits on many philanthropic boards and owns large stakes in Facebook, Apple, Comcast, Disney, and Tesla.

Pelosi and Nancy own multiple homes in California, San Francisco, and Napa. Their real estate portfolio is worth around $25 million.

Here are some of the best highlights of Paul Pelosi’s career:

“My husband and I, when we had our five children, and they were grown, we thought we were entitled to grandchildren. And so we were expecting this to happen; of course, nothing was happening. And then we kept begging, bribing, cajoling, anything – threatening to adopt our own grandchildren – and finally, we got some grandchildren.” – Nancy Pelosi

“These are shameful words. I am appalled to have to say them on the floor of the House of Representatives. Secretary Bennett’s comments reflect a narrow-minded spirit that has no place within American discourse. These words do not give credence to the tremendously difficult past that African-Americans have endured. These words do not reflect the values of hope and opportunity for the future.” – Nancy Pelosi

“Many in Congress have been concerned for many years about China’s violation of human rights, occupation of Tibet, of the proliferation of weapons of mass destruction, and that, of course, is a national security issue. But based on trade alone, this is a bad deal for the American people.” – Nancy Pelosi .

Now that you know all about Paul Pelosi’s net worth and how he achieved success; let’s take a look at some of the lessons we can learn from him:

If you’re a successful businessman like Paul Pelosi, it would be a good idea to invest in areas that you have a good knowledge and opportunity to invest in.

Good things take time, and if you have a specific goal in life, you have to take it easy and stay calm.

Life is very short, be smart with your decisions in life.

How much is Paul Pelosi worth?

Paul Pelosi’s net worth is estimated to be $120 Million.

How old is Paul Pelosi?

How tall is Paul Pelosi?

Paul Pelosi is an American businessman who is the husband of American politician Nancy Pelosi.

He forayed into business decades ago and developed into a very successful businessman. Pelosi is the owner of real estate and venture capital investment and consulting firm Financial Leasing Services.

He has invested in the professional American football team Oakland Invaders. He also purchased the California Redwoods. Pelosi is part of several philanthropic and corporate boards.

As of December 2022, Paul Pelosi’s net worth is estimated to be roughly $120 Million.

What do you think about Paul Pelosi’s net worth? Leave a comment below.