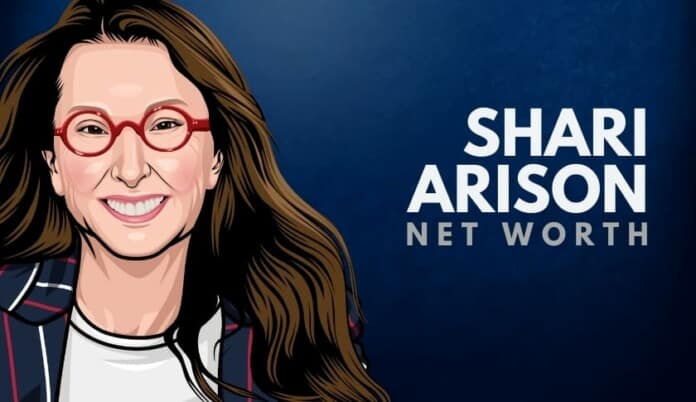 What is Shari Arison’s net worth?

Arison is one of Israel’s wealthiest women, and she is the owner of Arison Investments. It compromises several business companies and The Ted Arison Family Foundation.

Arison was the controlling shareholder of Bank Hapoalim for 21 years. She was an owner of Shikun & Binui for 22 years.

Shari Arison was born on the 9th of September, 1957, in New York. Arison is the daughter of the businessman Ted Arison and Mina Arison Sapir. She has an older brother named Micky.

In 1966, her parents divorced, and she moved to Israel to live with her mother.

When she was 12 years old, she returned to the US to live with her father. In 1999, her father died and bequeathed 35% of his possessions.

In 2003, Arison was the target of protests after 900 workers were fined from Bank Hapoalim.

In 2009, she sponsored Israel’s third annual “Good Deeds Day,” in which her non-profit organization, Ruach Tova, inspired thousands of Israelis to get involved in volunteering across the country.

As part of the event, which took place near Tel Aviv, a Palestinian youth orchestra performed in an hour-long concert in honor of Holocaust survivors.

They played classical Arabic tunes and songs of peace, but upon the group’s return to Jenin, local Arab authorities condemned the orchestra’s leader for her “exploitation of the children for political purposes.”

Arison is one of the richest and most influential women in the world. She controls commercial and social investments in 38 countries.

As a Tel-Aviv resident, she made attempts to position herself as a force for good in business by investing in several green projects, including a massive desalination plant and a green shopping mall in Israel, as well as starting Miya in 2008.

How Does Shari Arison Spend Her Money?

Here are some of the best highlights of Shari Arison’s career:

“Doing Good is a simple and universal vision. A vision to which each one of us can connect and contribute to its realization. A vision based on the belief that by doing good deeds, positive thinking and affirmative choice of words, feelings, and actions, we can enhance goodness in the world.” – Shari Arison

“It’s important to think good, speak good, and do good. If we want to see positive change in the world, then we need to connect to goodness. I try in everything I do, both in business and philanthropy, to make a positive change and do that by doing good.” – Shari Arison

“Each one of us can do a good deed, every day and everywhere. In hospitals in desperate need of volunteers, in homes for the elderly where our parents and grandparents are longing for a smile, a listening ear, in the street, in our workplaces and especially at home.” – Shari Arison

“The good inside of all of us is wrapped in a layer of apathy, and we forget how much potential we have within us, in each and every one of us, to change the world for the better for ourselves and our children, and thus to bring about oneness.” – Shari Arison

“Over and over, since I was very young, I see things that are about to happen. You can call it heightened intuition; you can call it visions… I see it as a gift. It’s my role to give people a heightened awareness, to show that basically we can change the world.” – Shari Arison

“I find that when you lead with vision and values, engaging employees and showing them that values are just as important as profits, everyone comes on board.” – Shari Arison

Now that you know all about Shari Arison’s net worth and how she achieved success; let’s take a look at some of the lessons we can learn from her:

Doing good is a simple and universal vision. A vision to which each and every one of us can connect and contribute to its realization.

A vision based on the belief that of good deeds, positive thinking, and affirmative choice of words, feelings and actions.

Putting forward your positive energy connects you back to basic human values which we all share. Good deeds day shows that no matter the size of the gesture, a smile that brightens someone else’s day or volunteering in your community.

It’s important to think good, speak good, and do good. If we want to see positive change in the world, then we need to connect to goodness.

How much is Shari Arison worth?

Shari Arison’s net worth is estimated to be $4.7 Billion.

How old is Shari Arison?

How tall is Shari Arison?

Shari Arison is an American-born Israeli businesswoman and philanthropist who owns several businesses, Bank Hapoalim and the Arison Group.

She is one of the richest women in the world, and she controls commercial and social investments in 38 countries with 27,000 employees.

What do you think about Shari Arison’s net worth? Leave a comment below.

What is Richard Branson's net worth? Introduction As of ,...