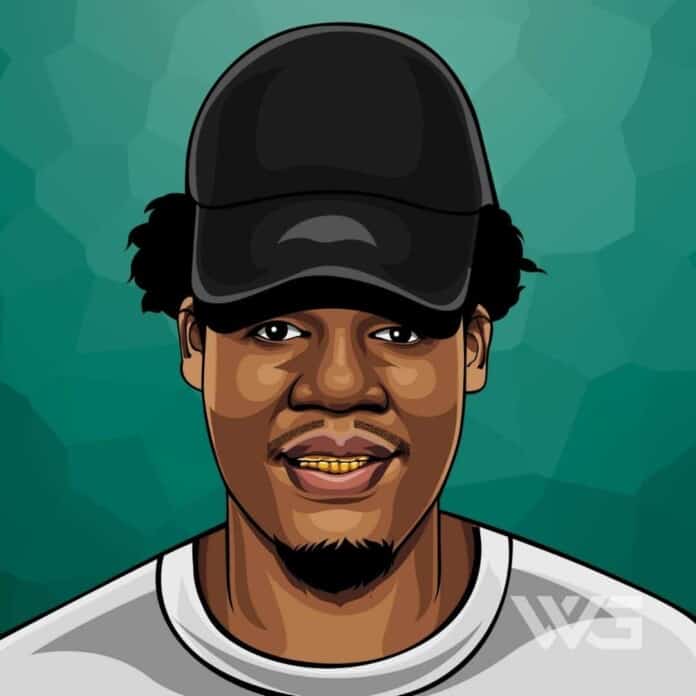 What is Ugly God’s net worth?

As of January 2023, Ugly God‘s net worth is estimated to be roughly .5 million.

Royce Rodriguez, better known by his stage name Ugly God, is a Dominican-American rapper from Indiana. He is best known for his platinum hit single ‘Water’.

In 2017, he was named as one of the ten members of XXL’s “2018 Freshman Class” where he performed his Freshman Freestyle alongside rappers Playboi Carit, MadeinTYO, and XXXTentacion.

Royce Rodriguez was born on the 19th of September, 1996, in Indiana. He is the son of Dominican parents. After two years living in Ohio, he moved to Houston where he would spend the majority of his life so far.

He began rapping when he was enrolled at the University of Southern Mississippi where he wanted to become a computer engineer before dropping out.

Ugly God began rapping when he was enrolled at the University of Southern Mississippi. He changed his rap name to ‘Ugly God’ and later confirmed that he just made up the name on the spot. His stage name reflects his own self-image as he always thought of himself as ugly.

He uploaded his debut single ‘I Beat My Meat’ which landed him in controversy as the principal of his school asked him to take it down from the internet.

However, the ensuing controversy actually made the single very popular. Later, when he went to college and was a freshman at the University of South Mississippi, he uploaded the song once again and since then it has not been taken down.

Ugly God released the hit single ‘Water’ in 2016. The track was dropped for digital download by the American record label Asylum Records. The song made its debut on Billboard Hot 100 at number 100 and later peaked at number 80.

He has worked with other popular artists like Rakim Hasheem Allen, aka PnB Rock; he appeared in one of the singles from PnB Rock’s debut album ‘Catch These Vibes’.

On August 4, 2017, Ugly God released his mixtape titled The Booty Tape. The mixtape charted at number 27 on the Billboard 200. Ugly God released the EP Just a Lil Something Before the Album ahead of his upcoming debut album, ‘Bumps & Bruises’.

Here are some of the best highlights of Ugly God’s career:

“I think it was me making these lizard videos.”I used to make videos of me grabbing lizards and putting them on my nose. And that was so viral. For the longest time, I was just gaining and gaining followers just off that. And then they realized I made music. Viral music, just like those videos. And everything clicked.” – Ugly God

“It’s not s*** children supposed to be listening to, but at the same time, I know who my audience is. I know exactly what it is: children. It’s been expanded, but, for the most part, it’s kids.” – Ugly God

“My motto has always been: for the people.” People can kind of compare what I do in the likeness of the gentleman who founded Wal-Mart. You know, I like to respect the customer.” – Ugly God

“You know, reporting it from a teenager’s perspective early. Yeah, I think it’s a powerful time, to talk to the people at that age. I just think, if you want to speak with them, you have to connect with them in some way.” – Ugly God

View our larger collection of the best Ugly God quotes!

Now that you know all about Ugly God’s net worth, and how he achieved success; let’s take a look at some of the coolest lessons we can learn from him:

Living our life deeply and with happiness, having time to care for our loved ones – this is another kind of success, another kind of power, and it is much more important.

Failure is the condiment that gives success its flavor.

3. We Learn From Failure

How much is Ugly God worth?

Ugly God’s net worth is estimated to be $2.5 Million.

How old is Ugly God?

How tall is Ugly God?

Famous Dominican-American rapper and record producer Ugly God is one of the most talented rappers in the hip-hop industry right now. He is best known for his single ‘Water’ which made its debut on Billboard Hot 100.

What do you think about Ugly God’s net worth? Leave a comment below.