Failure, a word everyone fears. Nobody wants to fail no matter what the field is, what the situation is or who the opposition is. Everyone looks to evade this threatening word.

But, is it really a threat? Or have people made it one?

Since our childhood, we have heard that it is not right to fail, whether it’s your academics, a sporting affair or anything else. Society has created an ecosystem where failure is considered as a curse rather than a blessing.

We are taught to hide our failures from our friends, closed ones and relatives, which let us assume that failure should not happen.

As they say, if you haven’t failed in your life, it means you haven’t tried anything new or you haven’t come out of your comfort zone. And rightly said. Unless you go out of the way to try out new things you’ll not witness failure.

It is important to fail in life. It teaches us some of the incredible life lessons, which not only make you a stronger human being but also bring out the best in you.

People fail and they do fail time after time. Consider examples from the past and you’ll get to know that every successful entrepreneur has failed at least once.

But, what makes them stand apart from the crowd is their dedication, zeal and passion for beating the past, hence, every time they fell, they stood up, fought and eventually succeeded.

It’s important to note that ‘Failure isn’t the end’. Instead, it is a necessary stepping-stone in one’s life before the accomplishment of dreams, desires and hopes.

The startup balloon is continuously inflating where entrepreneurs are trying to leave no stone un-turned in order to achieve the impossible. It is an inevitable fact that startups are prone to failures and only a handful of them, who wish to persistently work on their dreams and goals, are able to rise.

Here are five compelling reasons why failure is necessary:

1. Eradicates the Fear of Failure

Failure scares the s*** out of you. Doesn’t it?

Everyone is scared to fail, lose or stall. But, once you face that situation in your life, you won’t be scared of it anymore. The early you fail in your career or in the journey to building a startup, the better it would be for you to eradicate the fear of the unknown.

Failure is unavoidable. Whether you try or you don’t, failure will come to you in some way or the other. Failing without trying is something like not winning a marathon without participating.

You didn’t try just because you were scared of failing is the lamest thing you’ll ever do in your life. You’ve got a life for a purpose. Dream big, work hard to accomplish your goals and no matter if you fail or lose. At least you’ll be content with your efforts in the end. Plus, you’ll always be one step ahead of those who never tried.

There lies enough thinness in the fact that you will not fail.

You will and once you’ll face the hardship of it, you’ll stand, contest and win because you have to. In the midst of all this chaos, you’ll realize that nothing fell apart and you will emerge as a person who is as brave as a warrior. You’ll be ready to take up any challenge in your life without being afraid of failure.

Overcoming a tough phase in life, be it during your startup journey, your love life or your professional life isn’t facile. It requires a lot of strength, focus and will. But, once you are out of it, everything looks bright and shining.

Failure is an experience which lets you learn important life lessons and explore new opportunities, which eventually make you a stronger and more mature person than before. The lessons learnt from any life situation are flexible to implement in different phases of life.

All you need is to identify the crux and gist of the same.

3. Brings Out Your Real Potential

Success can’t be achieved overnight. It is a prolonged process involving your passion, hard work, zeal and dedication along the path you have chosen. Life tests you on every turn. There are hurdles, obstacles and struggles that aren’t avoidable.

You need to cross each one of them to become a winner, which is what lets your real inner potential break free.

You’ll be tested inside and out during the course of the success path and it will only be your positive attitude, zing and passion of how badly you want it. If you hold the power to withstand all the unpredictable notions of life, then you’ll win. Otherwise you’ll fail.

4. Takes You Closer to Perfection

If you fail more than once while thriving to win, then it’s, fortunately, a positive sign. The more attempts you’ll make to cross the ultimate line, the higher the chance of you building a revolutionary product.

5. Enhances Your Urge to Achieve

You fail once or you fail twice; but every time you’ll be standing in the middle of a two-way road. One will be pointing you to try again even harder, while the other will be pushing you to switch to another endeavour.

Whatever may be your choice at that instant of time, your urge to achieve will be on a higher side. You’ll want to accomplish your goals, achieve your dreams and make your dream, a reality.

Since our childhood we have tried to escape failure and look out to people with failures under their belt in the most ungracious way possible. As if failure is a curse.

This is what we are trying to change. Consider failure as a blessing rather than a curse and trust me; the world will become a better place to live in.

If you are passionate about your idea (a startup, a new project or a new venture), you’ll find a way to cross the line.

Millionaires have failed too (not once but quite a few times), they have also switched paths, they have also crossed a road full of barriers, but the difference they made during their journey to success was the inexorable passion for making it large, which they eventually managed to do.

Now it’s your turn to deter failure and rise above all!

How to Pursue Your Dreams Whilst Working 9-5

21 Things You Can Do to Reach Your Goals More Easily 5 Ways Being Athletic Accelerates Your Success 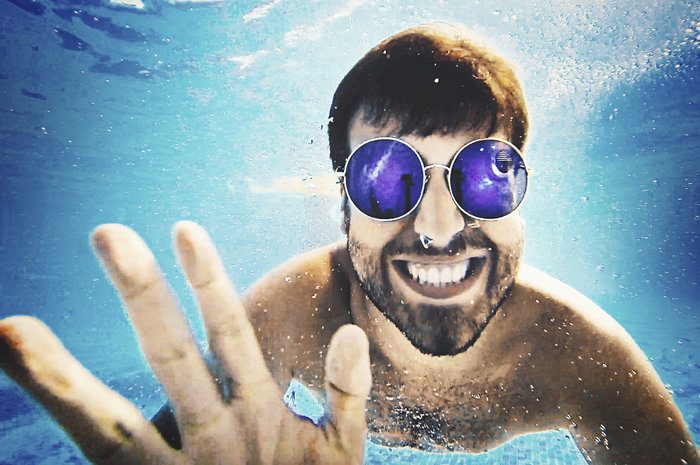 4 Reasons Why Character is Important for Success