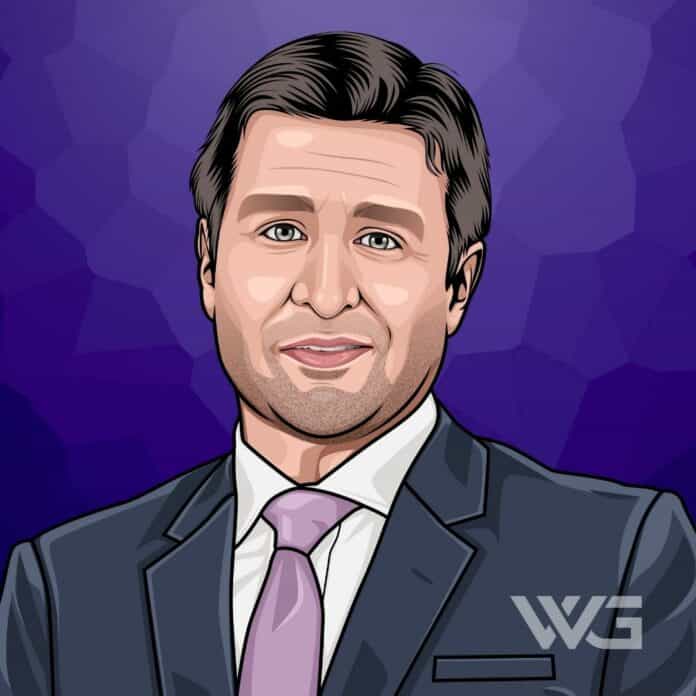 What is Chris Drury’s net worth?

Chris Drury is a former professional ice hockey player who currently serves as the president and general manager of the New York Rangers.

After making millions on the ice, Drury continues to grow his net worth as one of the most skilled former ice hockey players in the industry.

As a child, Drury was involved in various sports, including baseball and hockey, and he even played at the 1989 Little League World Series against Chinese Taipei.

During his childhood, Drury also won the National Pee Wee Championship with the Bridgeport hockey team, and while attending Fairfield College Preparatory School, he was co-captain of the varsity hockey team.

After graduating high school, Drury was drafted by the Quebec Nordiques, after which he began a four-year career at Boston University, where he won the Hobey Baker Award and was named Hockey East’s Best Defensive Forward.

From 1998 to 2002, Drury played with the Colorado Avalanche, becoming a Stanley Cup champion when the team won in 2001.

In 2002, Drury was named to the U.S. roster for the 2002 Winter Olympic games, and while he didn’t score any points, he did make it to the finals, where his team ultimately lost to Canada.

By 2003, Drury had transferred to the Buffalo Sabres and earned the honor of representing the U.S. at the 2006 Winter Olympics, where his team finished eighth.

Following the Olympics, Drury joined the New York Rangers in 2007, signing a five-year contract for $35.25 million.

As a member of the Rangers, Drury excelled on the ice, winning numerous games and eventually becoming team captain in 2008, the second American-born captain in the team’s history.

In 2011, after becoming a free agent, Drury retired as a player and took a few years off before the Rangers named him their director of player development in 2015.

Drury was made an assistant general manager to the team in 2019, and after the dismissal of Jeff Gorton and John Davidson, Drury was promoted to president and general manager.

In 2020, Drury also had the honor of being named the general manager of the U.S. National Team, further bolstering his post-player career.

While he isn’t one of the richest hockey players in the world, Chris Drury has done very well for himself throughout his career.

Although he hasn’t made his entire career earnings public, we do have some information about how much he’s made as a professional hockey player.

Despite not being one of the highest paid athletes in the world, Chris Drury has built himself a solid fortune that assures he will be living very comfortably for the foreseeable future.

Chris Drury tends to keep his personal life away from the public eye, but we know he has two daughters and a son with his wife, Rory.

In the late 2000s, Drury purchased the pizza tavern Colony Grill in Stamford, Connecticut, and has since opened several other locations in Connecticut and New York.

While he doesn’t have any personal social media accounts, he sometimes appears on the official Colony Grill Instagram account, promoting his restaurant’s support of local sports.

Chris Drury has achieved a lot during his lengthy career on the ice, which has helped to distinguish him as a player.

However, some of these achievements have stood out more than others for their lasting fame and renown.

Here are some of the most significant awards and achievements from Chris Drury’s career:

Throughout his career on the ice, Drury has earned many awards, but these highlight just how impressive his career has been overall.

How Does Chris Drury Spend His Money?

Chris Drury has been linked to a few homes over the course of his career, and while he may not be one of the richest athletes in the world, he’s certainly living a life of luxury!

One of his homes is located at The Century condominiums in New York City, which he reportedly paid $5 million for.

This home on the Upper West Side comes with three bedrooms, two bathrooms, and amazing views of the city and Central Park.

In 2003, Drury reportedly bought another five-bedroom home in Manhattan Beach, California, for $1.5 million, which he later sold in 2009 for $1.7 million.

Another home he’s been linked to is in a Spaulding Lake subdivision, and while we don’t know how much Drury paid for it, he listed it for sale in 2007 with an asking price of $550,000.

Chris Drury has enjoyed many highlights during his career that have allowed him to stand out from other professional hockey players.

However, some of his successes have been more significant than others and have allowed him to become remarkably successful.

Here are some of the best highlights of Chris Drury’s career:

Chris Drury has been known to say a lot during his interviews about his career on the ice.

While he doesn’t speak out often, he’s given fans some good insight into how he approaches games.

Here are our favorite quotes from Chris Drury:

Drury’s impressive career is filled with great lessons about how to achieve success.

Now that you know all about Chris Drury’s net worth, we can look deeper at what his career can teach us about reaching our own goals.

Here are some of the best success lessons to learn from Chris Drury:

While you may not be training as hard as a professional hockey player, working hard is something you absolutely have to do if you want to become successful.

If you’re not willing to put in the effort, you’ll never be able to achieve your highest goals.

Too many people make the mistake of assuming that they can tackle everything themselves, but this can actually make getting ahead more difficult.

Whenever possible, surround yourself with a team that can help you achieve your goals without overburdening yourself to the point of burning out.

Keeping a schedule can be one of the best ways to stay motivated, and it can help you stay on track with your goals.

While keeping a strict schedule may not sound like fun, it can be essential for relieving stress and keeping you headed in the right direction.

Chris Drury has made millions as a highly talented professional hockey player, and as the president and general manager of the New York Rangers, he continues to bring in the big bucks.

While he may not be out on the ice anymore, his net worth is still steadily increasing with every passing year.

Be sure to check back often to stay up-to-date as Drury’s fortune continues to grow!

What do you think about Chris Drury’s net worth? Leave a comment below.