Which are your favorite Diplo quotes?

Diplo is an American DJ, songwriter, and record producer. He is best known for co-creating the dancehall music group ‘Major Lazer’ along with ‘Sia’ and ‘Labrinth’. In addition to that, he is also a member of the electronic duo ‘Jack Ü’ with ‘Skrillex’ and a member of ‘Silk City’ with ‘Mark Ronson’.

Diplo began his career in 2013 when he released his first album, Revolution, which quickly became number 68 on the US Billboard 200.

The EP’s title track then got featured in a commercial for Hyundai and also on the WWE 2K16 soundtrack. Throughout his career, he has worked with many famous musicians, including ‘Gwen Stefani’, ‘Britney Spears’, and ‘Madonna’.

Here’s a collection of the most motivational Diplo quotes:

2. “I think one of the reasons I’ve been successful is that I can see things before other people do. I’ve always been able to do it.” – Diplo

3. “Dance music is so interchangeable. There’s not a lot of face to it. It’s a bunch of Dutch DJs with the same haircut.” – Diplo

4. “When we think about big records, a lot of producers are thinking of how to make it as standard as possible. I think those days are gone. I think you have to surprise the audience in 2015.” – Diplo

5. “When I was fifteen, I used to run around reading ‘Adbusters’ and dumpster diving, trying to find ways to make the U.S. government unwind into chaos through hardcore punk and metal.” – Diplo

6. “I think you can’t really beat Bob Marley, especially the stuff he was doing with Lee Perry. Just that kind of clubby and dark and crazy stuff, even with the Wailers… Some of the songwriting was phenomenal.” – Diplo

7. “You always have to evolve – the minute you start building a moat around you to keep yourself safe, you’re going to lose.” – Diplo

8. “I’ve realized that if I aim for a successful record, I probably won’t have any success. But if I keep making weird things, then hopefully the audiences will come to us.” – Diplo

9. “I was never good at scratching, but I was good at collecting old records. Florida was a great place for that because it’s where people go to die.” – Diplo

10. “Every time I want to impress someone about samples and hip-hop, I play ‘Portrait of Tracy.’ It’s one of the greatest bass players ever doing a whole composition with only the two harmonics of electric bass; then a three-second loop in it became every great R&B song in five-year intervals.” – Diplo

11. “New York is so serious about the creation of work. Everything is happening so fast, it feels like there’s another studio, another session on every block, and I love that.” – Diplo

12. “I was in Fort Lauderdale from about age 7 to 14. And that’s where I learned the most about music. My favorite DJ was this guy named DJ Laz and the Miami bass guys. I was super into, like, Arthur Baker, that kind of stuff.” – Diplo

13. “As a DJ, it’s my job to break new music. And instead of it just being the stuff that’s coming from the major labels or the big pop records, I’ve always gravitated to something that’s just different, you know?” – Diplo

14. “I wish I played guitar so I could start a band with great musicians.” – Diplo

15. “Sometimes I make more money in a weekend than my grandpa made in a year.” – Diplo

16. “I never got tied down to any social scene. I was just into creating stuff. And I think, even today, that’s how I’m able to work and move between so many different genres – I want to be part of what’s happening, I want to make new things.” – Diplo

19. “I’ve probably got the most eclectic social media there is because it literally goes from hanging out with my son at a park, to, like, Madonna’s house, to a rave in Africa.” – Diplo

20. “There are opportunities that I have because I’m a white dude, and it’s controversial because that’s just the way that the world we live in kind of is.” – Diplo

21. “Man, the only thing that’s important is what is due tomorrow. I don’t care what it is as long as it’s good.” – Diplo

22. “I’ve been in jail a couple times. I’ve been caught shoplifting.” – Diplo

24. “I was making crappy beats since I was, like, 17 or 18, using Florida rappers, where I’m from. Then I started DJ’ing because I just wanted to have a new job.” – Diplo

25. “The kids that are making the ghetto stuff I can’t even reach are the ones that are inspiring me to play music for the other kids in the city they don’t even know about. If I don’t get those kids making music, there won’t be an original kid DJing like me in five to 10 years.” – Diplo

26. “I never became a producer to go to parties or wear nice clothes or put sales figures on my Wiki page.” – Diplo

27. “I just love to collaborate with people who take my ideas real serious, and they don’t put up walls around them.” – Diplo

28. “A lot of producers get famous because they decide to be superstars for their own reasons, but I’m inspired by Timbaland and Pharrell and Swizz Beatz ’cause they’re doing things that are so different. I like how they’re introducing ideas I never would have thought of.” – Diplo

29. “I put out this record on Ninja Tune called ‘Florida’ when I was about 22. And at the same time, I was DJ’ing and beginning to mix stuff up and promote shows in Philadelphia and New York and my own parties and make mixtapes, put out bootleg white labels.” – Diplo

30. “Dancehall has always had a homophobic problem, but you go to dance parties in Jamaica, and some of the biggest dancers are kinda gay, just not outspoken about it. Dancehall was the first kind of music I was DJing, and it was always more about the rhythm.” – Diplo

31. “I was playing hip-hop when everybody else was playing the giant rave music.” – Diplo

32. “You can never figure out what the future sounds like. As soon as you make it, it’s the past.” – Diplo

33. “How mad would it actually be to do an ‘Avatar’ type animation film, but about something mundane like a Winn-Dixie cashier’s day at work? That’d be something else, I think.” – Diplo

34. “I grew up in Florida in different cities. I was born in Mississippi. My parents moved a lot, so I moved to Tennessee, Alabama, South Carolina, Virginia, all through the South. But my family’s roots were from central Florida, like Daytona Beach area, so we ended up moving there.” – Diplo

35. “All I know is don’t ever get into a feud with Taylor Swift. She has, like, 50 million people that will die for her. You can’t step into that arena.” – Diplo

37. “I’m trying to always do new things because if you stay behind and fight the future, you are just going to be left behind.” – Diplo

38. “I used the name Diplo at one show when I was really young, and it just stuck. I never meant to keep it. But it’s kinda cool.” – Diplo

39. “I used to be a record collector. Mark Ronson, Questlove and I used to be part of, like, a record-trading crew.” – Diplo

41. “I have heard, ‘Never go to bed angry,’ and that makes sense. Unless you’re always checking yourself, a grudge or something small can break apart a relationship, and you start to forget what is so amazing about your partner.” – Diplo

42. “If I make a song, and it’s my song, like ‘Lean On,’ we’re going to make money off the synchs, the Spotify, and we get to headline festivals on it. That’s the model I want to explore.” – Diplo

44. “Gucci is a rapper that doesn’t try and be anything he’s not – he’s straight up. Yeah, maybe it’s ironic and all, but I’m just a fan and have been one since day one. Gucci Mane is the cool uncle I never had, even though I’m sure I’m probably older than him.” – Diplo

45. “I do a lot of collaborations and productions, whether it’s Switch or Steve Aoki or No ID or Will Smith or No Doubt – I always like to collaborate and be a quality control person for the people ’cause I have my own taste in music and bring that to other peoples’ brands and help them learn a little bit.” – Diplo

46. “The traditional media never gave Bernie Sanders the time of day. But he went viral the same way hip-hop and new dances go viral. And I’m part of that culture.” – Diplo

47. “I think Usher is a bonafide superstar because he’s very honest in his songs, and people can relate to that, especially in the feelings and textures of his voice. He is one of the best.” – Diplo

48. “When I worked with M.I.A., who was, like, the coolest person back then, she was just a girl I met on the Internet. Or even when I met Azealia Banks on Myspace, I never thought, ‘Oh, she’s cool.’ I just loved what she was doing. So I’ve always been like that. And I think, as a producer, that’s what you’ve gotta do.” – Diplo

49. “In Philly, there are a lot of social programs. If you have a degree, you can go and apply. I was basically a social worker, but I became sort of a sub teacher in a special program, helping kids with reading or math. But we would also do plays, learn about music… We were doing lots of fun stuff, but that was such hard work.” – Diplo

50. “I’m not a superstar, per se… but I’m a musical creator – a producer in the same vein as what Quincy Jones was, or Pharrell and Timbaland were.” – Diplo

Thanks for checking out this collection of quotes from Diplo! Don’t forget to share them on social media with your friends and family.

Which are your favorite Diplo quotes? Leave a comment below. 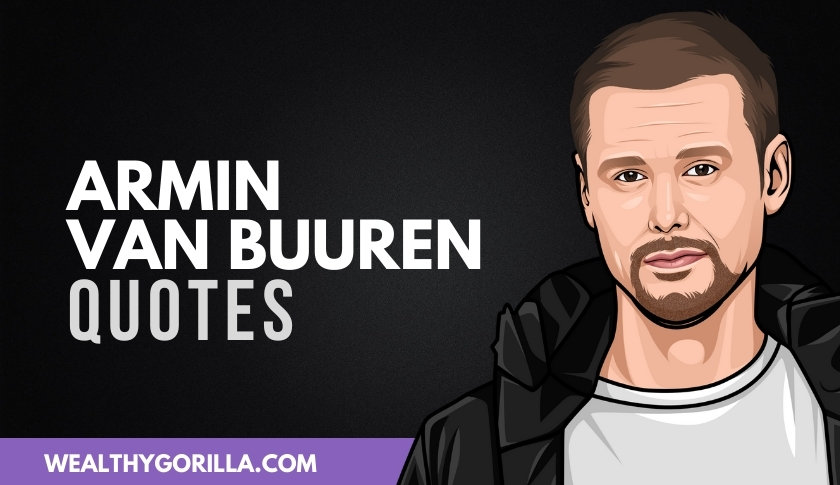 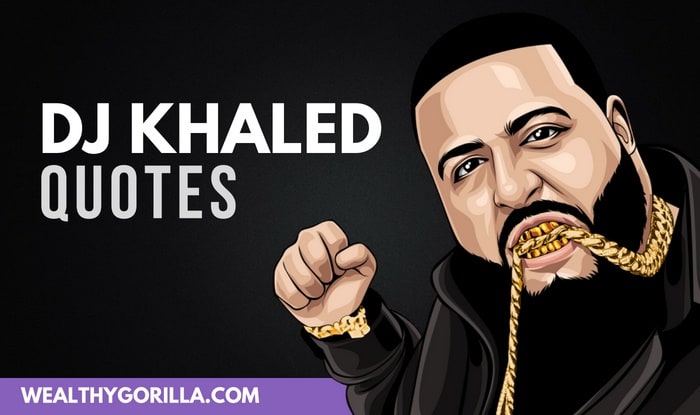