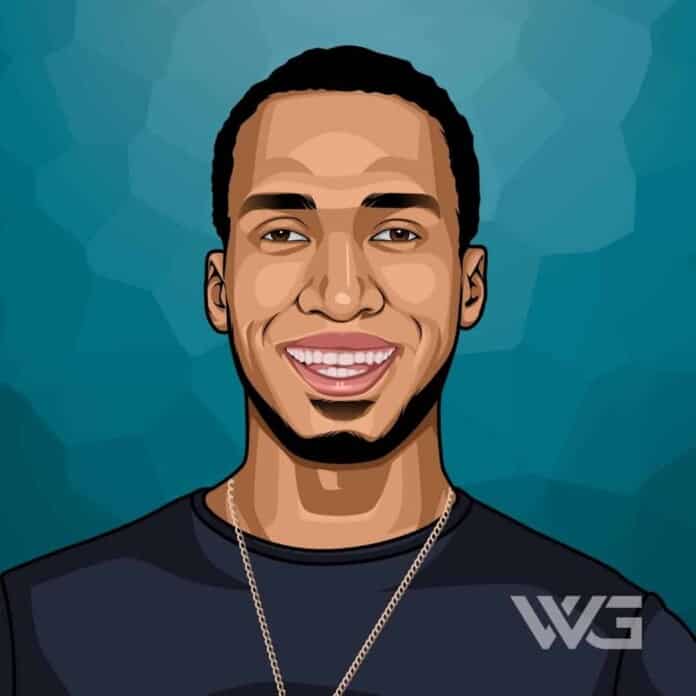 What is Nathan Mitchell’s net worth?

Nathan Mitchell is a Canadian actor from Mississauga, Ontario. Mitchell is best known for starring in movies such as ’17 Miracles’, ‘Scorched Earth’, ‘The Marine 5: Battleground’.

As of November 2022, Nathan Mitchell’s net worth is roughly $1 Million.

Nathan Mitchell was born on the 6th of December, 1988, in Mississauga, Ontario in Canada. He is of Trinidadian and Jamaican descent. His father is one of seven children who were raised in Trinidad.

Mitchell’s grandfather took a keen interest in his children’s studies so they’d make it into a good school outside of Trinidad. His grandfather also turned his car into a taxi to pay for Mitchell’s father’s college tuition.

When Mitchell was a boy, his parents didn’t allow him to watch shows like ‘Power Rangers’, which they deemed too violent. Though he didn’t get to watch them on TV, he held a fascination for those characters and would draw them.

His artistic skills got him accepted into Cawthra Park Secondary School, an institution specializing in arts, sports, and academics. With more time for drawing and drama, Mitchell soon discovered acting was a lot more fun.

Mitchell switched his focus from art to drama in school and hasn’t looked back since. He went on to acquire his BA in radio and television from Ryerson University in Toronto in 2012.

He has appeared on multiple TV shows as a guest. But some of his major credits include prominent recurring characters in ‘Supernatural’, ‘Psych: The Movie’, and ‘Arrow’. He also featured in Selena Gomez’s music video, “It Ain’t Me,” with Kygo.

The TV-show, ‘The Boys’ is Mitchell’s first breakout role as the main character. He portrays Black Noir, a member of The Seven, a team of corporately run superheroes who are more like villains.

Here are some of the best highlights of Nathan Mitchell’s career:

“I play black noir a member of the seven on the boys. I’m so excited, we keep it under wraps like we’ve been filming and everything so works super daddy is great.” – Nathan Mitchell

“I’m more like I believe the night of the like keep it a secret you know now it’s out there and open.” – Nathan Mitchell

“You know I’m excited for them to see a good story with good characters. One of the nice things is when people can look at what you’ve been doing.” – Nathan Mitchell

Now that you know all about Nathan Mitchell’s net worth, and how he achieved success; let’s take a look at some of the lessons we can learn from him:

Even though an entire journey still stretched out before us, the moment we actually faced that wall was the only moment that mattered. The commitment and effort we needed called for total focus and concentration.

We want to know what is behind our fears and our walls. Most often it is the lack of confidence. Confidence is the antithesis of fear. When we develop confidence, we minimize fear.

By committing to continuous growth, you will achieve not just a good result but also an extraordinary one.

How much is Nathan Mitchell worth?

Nathan Mitchell’s net worth is estimated to be $1 Million.

How old is Nathan Mitchell?

How tall is Nathan Mitchell?

Nathan Mitchell has starred in multiple movies and tv-shows. Mitchell is indeed a talented actor.

As of November 2022, Nathan Mitchell’s net worth is estimated to be roughly $1 Million.

What do you think about Nathan Mitchell’s net worth? Leave a comment below.