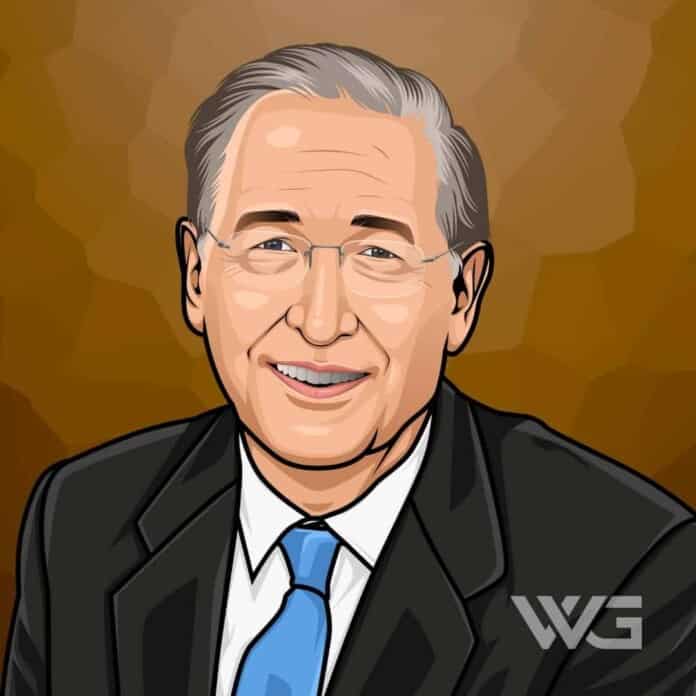 What is Jay Rockefeller’s net worth?

He became the state’s senior U.S. Senator when the long-serving Senator Robert Byrd died in June 2010.

As of November 2022, Jay Rockefeller’s net worth is estimated to be roughly $160 Million.

After his junior year at Harvard College, he spent three years studying Japanese at the International Christian University in Tokyo. Rockefeller graduated from Harvard in 1961 with a Bachelor of Arts degree in Far Eastern Languages and History. He attended Yale University.

In 1966, Rockefeller was elected to the West Virginia House of Delegates. Despite winning the Democratic nomination for governor in 1972, he lost the general election to Republican Governor Arch A. Moore, Jr.

Rockefeller served as the president of West Virginia Wesleyan College from 1973 to 1975 before being elected Governor of West Virginia in 1976. Virginia’s coal mines were hit particularly badly during his second tenure as governor due to the national recession, with the unemployment rate going to 15-20%.

As the Democratic Party’s finance chairman, he considered running for the presidency in 1992. Rockefeller decided to endorse Bill Clinton as the Democratic candidate. In his capacity as the Chairman of the prominent Senate Intelligence Committee, he also commented frequently on the war in Iraq.

In 2002, Rockefeller made an official visit to Saudi Arabia, Jordan, and Syria. During which he discussed with the leaders of those countries his personal views regarding the United States military intentions. The same year, he was one of 77 Senators to vote for the Iraq Resolution.

As of November 2022, Jay Rockefeller’s net worth is estimated to be roughly $160 Million.

How Does Jay Rockefeller Spend His Money?

Rockefeller owns a beautiful mansion in Washington D.C. The mansion is worth $18 million.

Here are some of the best highlights of Jay Rockefeller’s career:

“There is unmistakable evidence that Saddam Hussein is working aggressively to develop nuclear weapons and will likely have nuclear weapons within the next five years, and he could have it earlier.” – Jay Rockefeller

“Saddam’s existing biological and chemical weapons capabilities pose a very real threat to America, now. Saddam has used chemical weapons before, both against Iraq’s enemies and against his own people. He is working to develop delivery systems like missiles and unmanned aerial vehicles that could bring these deadly weapons against U.S. forces and U.S. facilities in the Middle East.” – Jay Rockefeller

“We have to bring stability to Iraq, otherwise we will be faced with a future dilemma of sending our loved ones into harms way to stop a civil war or the rise of a new tyrant born from the instability that we created.” – Jay Rockefeller

“For the past three years, the Senate intelligence committee has avoided carrying out its oversight of our nation’s intelligence programs whenever the White House becomes uncomfortable with the questions being asked. Very independence of this committee is called into question.” – Jay Rockefeller

Now that you know all about Jay Rockefeller’s net worth and how he achieved success; let’s take a look at some of the lessons we can learn from him:

Rockefeller means that we have a moral obligation to tackle television violence and provide parents with the tools to make their children safer.

What is private and what is discussed behind closed doors, you do not have to be instructed at the age of fifty or sixty or forty or whatever to not talk about it outside.

How much is Jay Rockefeller worth?

Jay Rockefeller’s net worth is estimated to be $160 Million.

How old is Jay Rockefeller?

How tall is Jay Rockefeller?

Jay Rockefeller is an American politician and socialite. Aside from being born into the notable Rockefeller family, he is best known for being a governor and senior Senator from West Virginia. In 1984, he was first elected and served as the governor of West Virginia. He is today the only member who is still serving. There have been six generations of politicians in the family.

As of November 2022, Jay Rockefeller’s net worth is estimated to be roughly $160 Million. If you like this article, don’t forget to check out our article on Jordan Belfort net worth.

What do you think about Jay Rockefeller’s net worth? Leave a comment below.