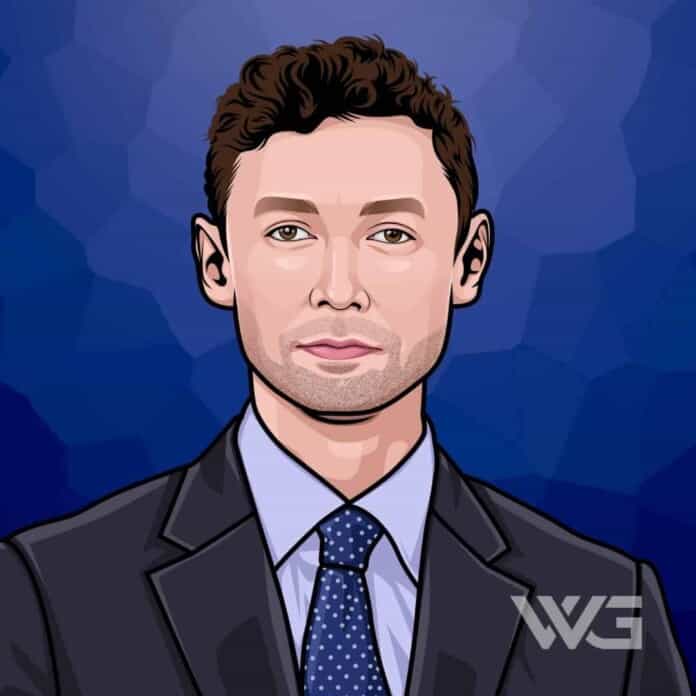 What is Jon Ossoff’s net worth?

Jon Ossoff is an American politician serving as the senior United States senator from Georgia since 2021.

He was previously a documentary film producer and investigative journalist. Ossoff was the Democratic nominee in the special election for Georgia’s 6th congressional district in 2017. It generated national attention.

Thomas Jonathan Ossoff was born on the 16th of February, 1987, in Atlanta, Georgia.

Ossoff was raised in Northlake. His mother was born and raised in Sydney and moved to the U.S at the age of 23. She co-founded NewPower PAC.

His father owns Strafford Publications, which is a specialist publishing company. He was raised Jewish, and his ancestors fled pogroms in the early 20th century.

After receiving a recommendation from John Lewis, he worked as a national security staffer for U.S representative Hank Johnson from 2007 to 2012. Between 2013  to 2021, Ossoff was the managing director and chief executive officer of Insight TWI.

Ossoff spent many years working as a Congressional staffer for Hank Johnson. In 2017, after Georgia representative Tom Price was appointed to Secretary of Health and Human Services, Jon announced his candidacy to fill his seat.

Democrats and Republicans split the chamber 50-50, with the vice president having the tie-breaking vote. Ossoff became CEO of Insight TWI, which is a media production company producing investigative films and TV shows.

Ossoff ran in Georgia’s 6th Congressional District special election in 2017. He said he would work for a public option, higher stimulus payments in response to COVID-19, a new Civil Rights Act, a $15 minimum wage, and overturning Citizens United.

In 2020, he launched a campaign to unseat Georgia Senator David Perdue. In the general election, neither candidate received 50% of the vote. The following year, he was confirmed the winner of his race.

Here are some of the best highlights of Jon Ossoff’s career:

“The overwhelming majority of Americans want decent and civil political dialogue, and candidates for office and elected leaders must continue to call for calm and unity, even when there are intense differences of opinion.” – Jon Ossoff

“I’m trying to make the case to voters across the political spectrum that someone who brings a younger perspective – a fresher perspective… can change the culture in Washington more effectively than someone who has run for office 9 or 10 times.” – Jon Ossoff

“Grass-roots politics, linking small-dollar fundraising to a massive local volunteer organization, showed that it can rival the power of a right-wing machine comprising super PACs backed by entrenched interests and mega-donors.” – Jon Ossoff

“My job is to make the case that I’ll do the best job possible representing the people of Georgia’s Sixth District, and what they want is representation that’s focused on them and not this national partisan political circus.” – Jon Ossoff

“The only real solution is comprehensive immigration reform that secures our borders and provides a path to legal status for non-felons who are here without proper legal documentation.” – Jon Ossoff

View our larger collection of the best Jon Ossoff quotes!

Now that you know all about Jon Ossoff’s net worth and how he achieved success; let’s take a look at some of the lessons we can learn from him:

At the structural level, when the primary is all that matters, the incentives change for politicians. When you can earn media coverage with bombast and vitriol, that creates another incentive for politicians to light things on fire.

The minimum wage should be a living wage.

It doesn’t matter what you come from. If you follow one direction when it comes to working, you can always switch to another passion or work. Ossoff has focused on many different works. He used to work as a film producer, and then he went into politics.

How much is Jon Ossoff worth?

Jon Ossoff’s net worth is estimated to be $4 Million.

How old is Jon Ossoff?

How tall is Jon Ossoff?

Jon Ossoff is an American politician who first became nationally known thanks to his campaign for US Senate in 2020.

In 2021, it was confirmed that Ossoff defeated his opponent David Perdue. Ossoff released financial disclosures that estimated his net worth at somewhere in the range of $2.3 million and $8.8 million.

Ossoff won the Democratic Party in 2020. He serves alongside fellow Democrat Raphael Warnock. In 2021, the two races attracted national attention. With his victory, he became the youngest member of the Senate elected since Don Nickles.

What do you think about Jon Ossoff’s net worth? Leave a comment below.