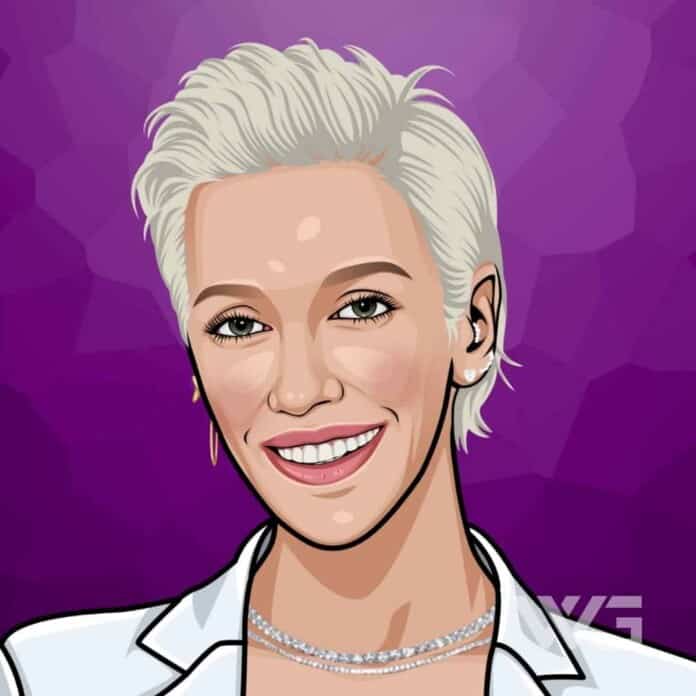 What is Katie Cassidy’s net worth?

Katie Cassidy is an American actress.

Throughout her career, Cassidy had several minor television roles. She came to attention as a scream queen after starring in the horror films ‘When a Stranger Calls,’ ‘Black Christmas, and in the series ‘Supernatural’.

She played leading roles in the mystery horror series ‘Harper’s Island’ in 2009. Cassidy had a recurring role as Juliet Sharp on the teen drama ‘Gossip Girl’.

Katherine Evelyn Anita Cassidy was born on the 25th of November, 1986, in Los Angeles.

Cassidy’s paternal grandparents were actors Jack Cassidy and Evelyn Ward, and she is the niece of teen idol and television producer Shaun Cassidy and actor Patrick Cassidy and Ryan Cassidy.

After Cassidy’s parents split, she was raised by her mother and stepfather, Richard Benedon. Her biological father said in an interview in 2017 that he never had a relationship with her.

In 2003, Cassidy made her television and acting debut, appearing in the Lifetime drama series ‘The Division.’ Cassidy has continued to appear in television shows such as ‘Celebrity Apprentice 4’, ‘Listen Up’ and ‘New Girl.’

Variety announced that she had been cast on the CBS horror mystery series ‘Harper’s Island’ in 2008. The following year, The CW cast Cassidy as a lead in the drama series ‘Melrose Place’.

She appeared in another remake in the horror classic movie ‘A Nightmare on Elm Street’ in 2010. In 2012, Cassidy was cast as the title character in the film adaptation of the graphic novel The Scribbler, alongside Eliza Dushku, Michelle Trachtenberg, and Gina Gershon.

In 2011, she was cast in the ABC drama pilot ‘Georgetown’ as Nikki, a smart and quick-witted junior staffer in the White House Communications Office with connections to the First Lady.

The pilot was created by Gossip Girl executive producers Josh Schwartz and Stephanie Savage. The series was not picked up by ABC.

How Does Katie Cassidy Spend Her Money?

Katie Cassidy spends some of her money on charity work.

Cassidy spends some of her money on charity work such as H.E.L.P. Malawi and The Cybersmile Foundation.

Here are some of the best highlights of Katie Cassidy’s career:

“I went to New York for Fashion Week, and girls showed up waiting to see me. It’s funny because there’s a group of girls who I actually recognize because they always show up. It’s nice, and I’m like, ‘Hi girls! I recognize your faces!’ It’s just like a feel-good experience.” – Katie Cassidy

“I was a freshman and auditioned for the school play. Freshmen usually never got cast. I was the first freshman to be actually given a legitimate part, and it was that feeling of ‘Wow! I broke the system!” – Katie Cassidy

“I ended up meeting my manager because my sister was a receptionist at a management company. My manager is actually the same manager that I have today. That’s how it started. I worked my way.” – Katie Cassidy

“My style during the day is very casual – boyfriend jeans, T-shirts, Converse, Uggs, whatever. At night, I love heels and thigh-highs, I like something fresh and new, and I’m not afraid to push the envelope.” – Katie Cassidy

“When you’re actually talented, and you have something to offer, people start to look at you for you as opposed to who you’re the offspring of. I feel like a lot of actors, artists, or musicians who come from famous fathers or mothers all deal with the same thing.” – Katie Cassidy

“I feel like, in acting classes, you’ll get up sometimes; that’s just the most vulnerable position you can be in. You’re among your fellow actors, yet they look at you, and they’re like, ‘You’ve been on TV. You’ve been in movies.’ It almost adds to the pressure.”  – Katie Cassidy

Now that you know all about Katie Cassidy’s net worth and how she achieved success; let’s take a look at some of the lessons we can learn from her:

Your destiny is to fulfill those things upon which you focus most intently.

Life has no limitations, except the ones you make.

The time will never be just right.

How much is Katie Cassidy worth?

Katie Cassidy’s net worth is estimated to be $3 Million.

How old is Katie Cassidy?

How tall is Katie Cassidy?

Katie Cassidy is an American actress. Cassidy was born in California.

She was named after the popular and famous actress Katharine Hepburn. Her first role was in the series ‘The Division’ in 2003. She then had recurring roles in ‘7th Heaven, ‘Sex, Love & Secrets,’ and ‘Supernatural’.

She has appeared in the films ‘When a Stranger Calls,’ ‘Black Christmas,’ ‘Taken,’ ‘A Nightmare on Elm Street,’ and ‘Monte Carlo.’

What do you think about Katie Cassidy’s net worth? Leave a comment below.

Retired English golfer Nick Faldo is a former world No. 1 player who has earned millions by winning six major championships.