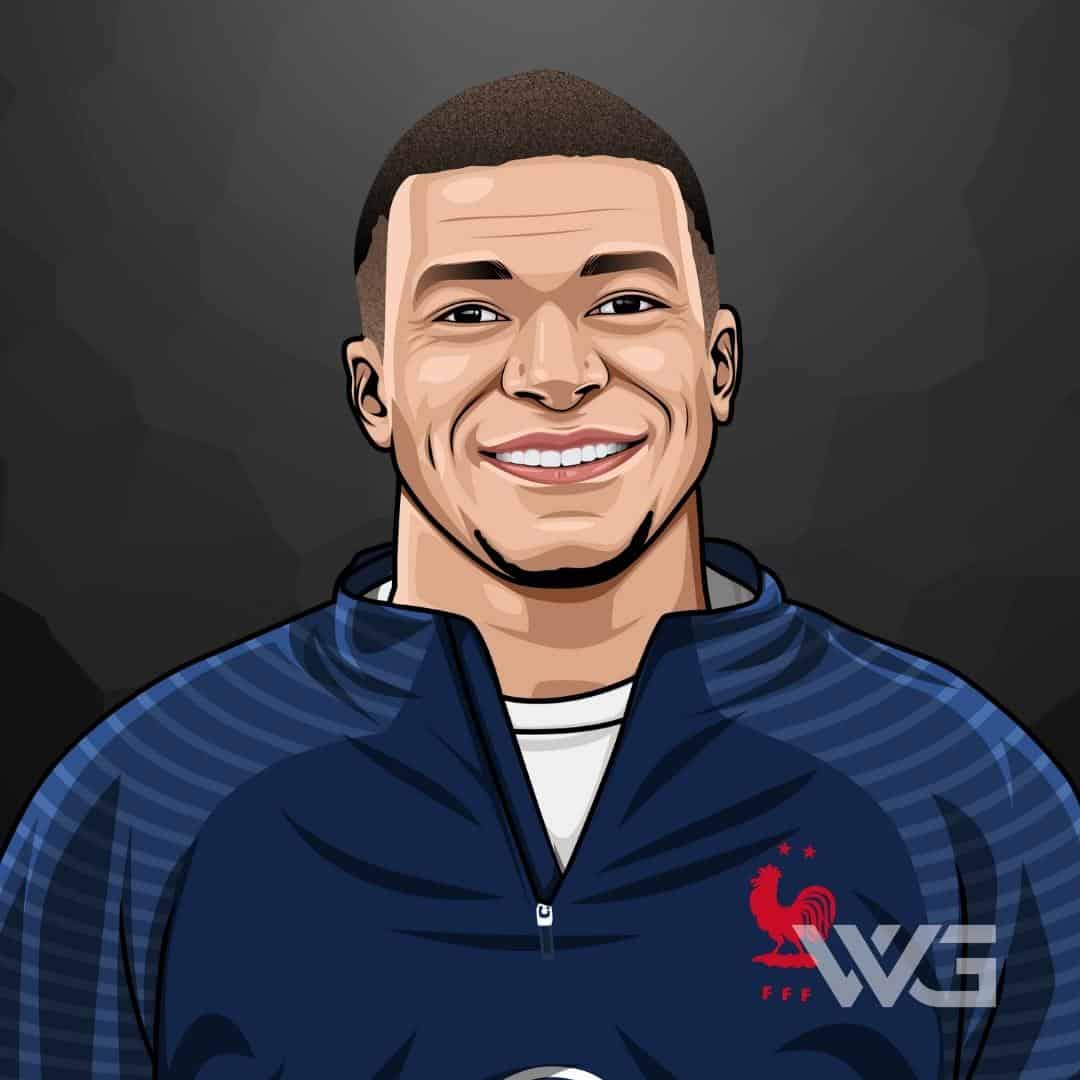 What is Kylian Mbappe’s net worth?

Kylian Mbappe is one of the best football players currently active in the sport, and he has become one of the highest-paid due to his skills.

While he isn’t the richest footballer, he may very well take the top spot if he continues playing and doesn’t retire early.

Kylian Mbappe Lottin was born December 20, 1998, in Paris, France, and was raised in Bondy, Seine-Saint-Denis, a commune just outside of the city.

His mother, Fayza Lamari, is a former handball player, and his father is from Cameroon and currently serves as his son’s agent.

His younger brother, Ethan, previously played in Paris Saint-Germain’s under-12 squad in 2018, and his adopted brother, Jires Kembo Ekoko, is a professional footballer who has played for the DR Congo national team and the France National Team.

While he was considered academically gifted at school, Mbappe was always interested in sports and cites Cristiano Ronaldo and Zinedine Zidane as inspiring him to play.

Kylian Mbappe started his football career playing for AS Bondy, where he was coached by his father, and he eventually moved on to join Chalirefontaine Academy, earning himself popularity with his remarkable performances on the field.

When he was only 11, Mbappe was invited to train with Real Madrid’s under-12 squad, and a few years later, he joined Chelsea’s youth team in London.

Mbappe considered various professional clubs when he was starting out, but ultimately joined Monaco and was promoted to the first team only three weeks after joining.

A year after his debut, he scored his first goal and, in the process, became the youngest player to score a first-team goal in Monaco’s history.

In 2017, Mbappe left Monaco and signed with Paris Saint-Germain, one of the richest soccer teams in the world, winning his first league title with the club and experiencing incredible success on the field.

During his time with Paris Saint-Germaine, Mbappe earned the Ligue 1 Player of the Year award three times and became the youngest player to score 100 league goals for a single team.

In 2022, Mbappe resigned from Paris Saint-Germaine, despite rumors that he would transfer to Madrid, and his current contract makes him one of the highest-paid players in the sport.

While he may not be one of the richest soccer players in the world currently, he is well on his way to becoming one.

Although we don’t know exactly how much money Kylian Mbappe has made throughout his career, we do have some details about how much he is currently bringing home.

Since his base salary is so high, we can expect to see Kylian Mbappe’s net worth continue to grow throughout 2025 when his contract expires, and it is likely that he may end up making even more every year if he continues to be such a valuable player.

Kylian Mbappe likes to keep his personal life under wraps, but we do know that he has spoken in interviews about the sacrifices he’s had to make to focus on his football career.

Mbappe has stated that he gave up a lot of time during his adolescence to focus on pursuing a successful career on the field, and while it was difficult, he is happy now that he’s living the life he always dreamed of.

Outside of sports, Mbappe also focuses on philanthropic work, and in 2019 he donated $34,000 to a crowdfunding campaign to help find Emiliano Sala, whose aircraft had gone missing over the English Channel.

Mbappe has also campaigned for more sports development in Africa, meeting with French President Emmanuel Macron to try and push for the creation of more teams.

On his official Twitter account, Mbappe often posts about his career and sometimes about his personal life, giving fans brief glimpses into how he lives.

Kylian Mbappe has achieved a lot throughout his career and received some significant awards for his abilities on the field.

Here are some highlights from Kylian Mbappe’s career:

How Does Kylian Mbappe Spend His Money?

As one of the highest-paid players in football, Kylian Mbappe has more than enough money to buy anything he wants.

Specifically, Kylian Mbappe lives lavishly in one of the richest areas of Paris, in a mansion that cost him $9.7 million when he bought it in 2017.

Located in Neuilly-Sur Seine, his luxurious mansion has unhindered views of the Eiffel Tower and reportedly boasts 12 bedrooms.

Though Kylian Mbappe has never given fans a virtual tour of his impressive home, it can sometimes be seen on his Instagram account.

Kylian Mbappe has reached many milestones in his career, but some are much more significant than others.

Here are some of the best highlights of Kylian Mbappe’s career:

Although Kylian Mbappe has made a name for himself on the football field, he has also said many notable things throughout his career.

Here are our favorite quotes from Kylian Mbappe:

Now that you know all about Kylian Mbappe’s net worth, we can look closer at the lessons we can learn about success from his incredible career.

Here are some of the best success lessons to learn from Kylian Mbappe:

When you’re climbing the ladder of success, you have to be prepared to push yourself to reach your goals.

Although it isn’t always easy, it is necessary for anything trying to become successful.

2. Be Prepared To Sacrifice

Success doesn’t come easy, and it may mean that you’ll have to make compromises to achieve your goals.

Whether you’re sacrificing a morning coffee or staying up late to work on a project, you have to be prepared to sacrifice some comfort if you really want to get ahead.

Staying motivated is one of the hardest things for anyone to do, and it takes a lot of consistent practice to master it.

However, if you don’t work on staying motivated, you can risk falling behind and missing important opportunities that could have helped you achieve your goals.

Kylian Mbappe is one of the hottest football players in the world right now, and he’s amassed an impressive net worth using his skills on the field.

Fortunately, because he is so young, we can expect to see a lot more of Mbappe as his net worth continues to grow.

Make sure to check back often to stay up-to-date as Kylian Mbappe continues bringing in millions.

What do you think about Kylian Mbappe’s net worth? Leave a comment below.