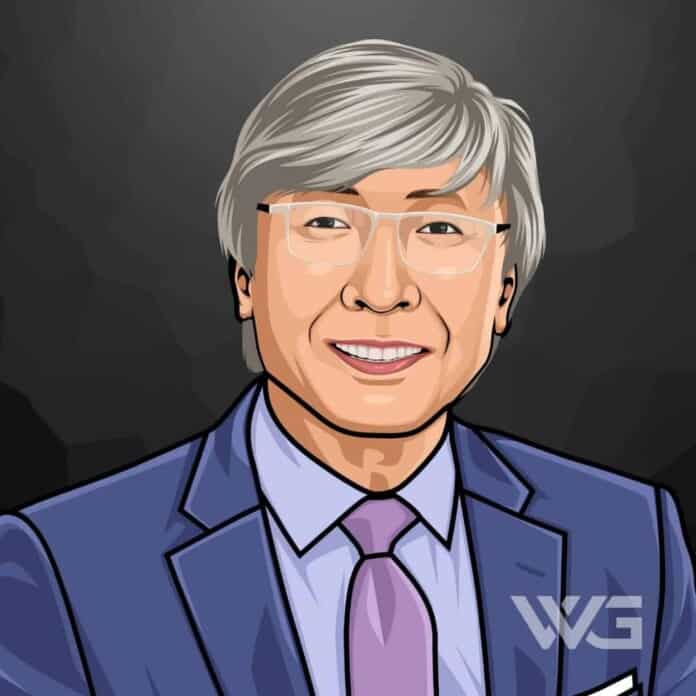 What is Patrick Soon-Shiong’s net worth?

Patrick Soon-Shiong is a South African-American transplant surgeon and billionaire.

Soon-Shiong is the inventor of the drug Abraxane, which became known for its efficacy against lung, breast, and pancreatic cancer. He is the founder of NantWorks, which is a network of healthcare, biotech, and artificial intelligence startups.

He has published more than 100 scientific papers and has more than 230 issued patents worldwide on advancements spanning numerous fields in technology and medicine.

Patrick Soon-Shiong was born on the 29th of July, 1952, in Port Elizabeth, South Africa.

Soon-Shiong is the son of Chinese immigrant parents who fled from China during the Japanese occupation in World War II.

In 1991, Soon-Shiong left UCLA and founded the biotechnology company called Abraxis BioScience. Under his leadership, the company eventually developed a revolutionary drug used in the treatment of breast, lung, and pancreatic cancers.

In 2005, the drug, Abraxane, was approved by the FDA and the European equivalent in 2008 to treat breast cancer when chemotherapy was not working.

Abraxane generated $315 million in revenue per year . In 2010 Abraxis BioScience, which was still solely owned by Soon-Shiong, was acquired by American biotech company Celgene for $3 billion in cash and stock.

One of the biggest successes in the business world was when he founded a company called American Pharmaceutical Partners in 1997.

How Does Patrick Soon-Shiong Spend His Money?

Here are some of the best highlights of Patrick Soon-Shiong’s career:

“Cancer is really a slew of rare diseases. Lung cancer has 700 sub-types. Breast cancer has 30,000 mutations which means that every cancer in its own right is a rare disease. Sharing data globally in this context is really important from a life-threatening perspective.” – Patrick Soon-Shiong

“Baseball is like cricket, and I grew up in a country where they had cricket. So I understand cricket, soccer, and basketball. I played basketball at the club level and a little bit in college, so that’s why Im a basketball fanatic.” – Patrick Soon-Shiong

“If you look upon chronic diseases as an epidemic, and you see that the chronically ill are the poor, then you see that this issue of the uninsured is not really a moral but a financial obligation to change health care.” – Patrick Soon-Shiong

“I was working with stem cells as part of a NASA programme. We realised that the science of stem-cell proliferation was also fundamental to cancer cells when cancer enters the phase of metastasis.” – Patrick Soon-Shiong

“My goal is to build standards that would meet world standards such as in the US or Europe and make the products in SA so that the country becomes the exporter of next-generation biologic drugs for cancer and infectious diseases. That’s not an impossible dream, and I think it could be accomplished within five years.” – Patrick Soon-Shiong

Now that you know all about Patrick Soon-Shiong’s net worth and how he achieved success; let’s take a look at some of the lessons we can learn from him:

iD is a machine vision and sensor browser for the physical world. That’s what Soon-Shiong has been working on with Coca-Cola, Verizon, Bank of America, and Disney to launch content when an image is recognized.

You have in the U.S. around two million new diagnoses of cancer a year, and 13 million survivors, so you have about 10,000 patients that require analysis every day. That’s about five petabytes that need to be transmitted and computed on a daily basis.

Every patient is a consumer, and every consumer is a potential patient. What NantWorks is doing is building the world the way Da Vinci saw it, and augmenting every frame a human being sees as they work, live, and play.

How much is Patrick Soon-Shiong worth?

Patrick Soon-Shiong’s net worth is estimated to be $10 Billion.

How old is Patrick Soon-Shiong?

How tall is Patrick Soon-Shiong?

Patrick Soon-Shiong is a South African-born surgeon and drug developer.

He is one of the richest people in Los Angeles. In 2010, he purchased Magic Johnson‘s 4.5% ownership stake in the Los Angeles Lakers.

He is the largest Lakers owner outside of the Buss family. Growing up, he earned a Master of Science from the University of British Colombia. He holds over 50 patents, and he was a member of the UCLA Medical School faculty from 1983 to 1991.

What do you think about Patrick Soon-Shiong’s net worth? Leave a comment below.