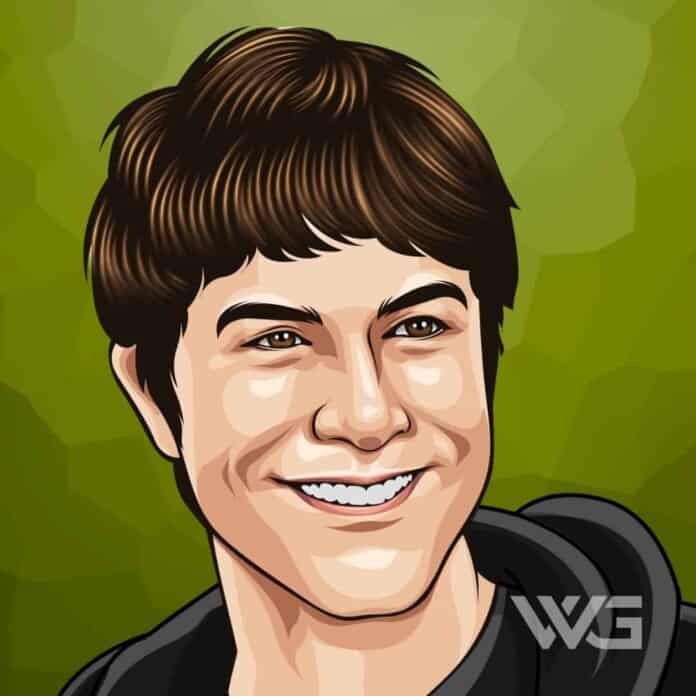 What is Tom Anderson’s net worth?

As of November 2022, Tom Anderson’s net worth is estimated to be $60 Million.

Thomas “Tom” Anderson is an American co-founder of the social networking website Myspace, which he founded in 2003 with Chris DeWolfe.

Anderson is popularly known as “Tom from Myspace” because until 2010 he would automatically be assigned as the first “friend” of new Myspace users upon the creation of their profiles.

Thomas Anderson was born on the 8th of November, 1970, in Santa Monica, California.

His father was an entrepreneur. He studied at ‘San Pasqual High School’ in Escondido, California. During his high school years, he was a computer hacker and used the pseudonym, ‘Lord Flathead.’

He attended the ‘University of California – Berkeley’ and graduated in 1998 with a degree in English and Rhetoric. Following this, he joined the band, ‘Swank,’ as a lead vocalist.

In 2000, while studying at the University of California, he answered an advertisement and got a job as a product tester and copywriter at ‘XDrive,’ a digital storage company.

Chris DeWolfe also worked for the same company, which later went bankrupt in 2001.

In August 2003, Anderson began working with some ‘eUniverse’ employees and started the social networking site, ‘MySpace,’ which later became the first popular internet marketing company. He and DeWolfe developed the first few pages of ‘MySpace.’

Anderson was the default friend on ‘MySpace,’ and would be assigned as the first ‘Friend’ of any new ‘MySpace’ user. In the beginning, it was launched as a competition to ‘Friendster,’ a popular site during that time, which had started erasing fake profiles.

In 2005, ‘MySpace’ and ‘Intermix Media’ were sold to Rupert Murdoch’s ‘News Corporation’ for $580 million and Anderson was appointed the president of the company.

‘MySpace’ continued to try and add new features like a record label and an alliance with video sharing sites such as ‘YouTube.’ However, as the competition from the social networking site, ‘Facebook,’ grew in 2008, there was a sharp decline in ‘MySpace’ membership.

Here are some of the best highlights of Tom Anderson’s career:

“The Original Sin which brought us to the brink of bankruptcy and dictatorship was the Federal Income Tax Amendment and its illegitimate child, Federal Aid.” – Tom Anderson

“When I’m on the net, someone always wants to chat with me. But outside of MySpace, it’s a completely different world. I don’t get recognized that much on the street.” – Tom Anderson

“I started using the Internet in 1999. That was pretty late. But as soon as I did I just stopped watching TV. The idea of sitting down and waiting for a TV show at a certain time, I couldn’t do this anymore. The Internet is a better form of entertainment for me.” – Tom Anderson

“What’s culturally significant about MySpace is that it has become so pervasive that people of all ages are now using it. Even people who didn’t grow up with it are getting used to it. People just get sucked in.” – Tom Anderson

“In person, I don’t have that many friends. I’m a pretty tight-knit guy with the people that I know. Offline, I have no more than four or five friends.” – Tom Anderson

“I think we have replaced MTV. MySpace is more convenient. You can search for things, while MTV is just delivering things to you. On MySpace, you can pick your own channel and go where you want.” – Tom Anderson

Now that you know all about Tom Anderson’s net worth, and how he achieved success; let’s take a look at some of the strongest lessons we can learn from him:

Never shoot down people’s ideas as being wrong, irrelevant, or worthless.

2. You Only Live One Life

Make the most of it and make sure you live a life without regrets (or as few regrets as you can manage).

3. There Are Two Sides To Every Story

Every perspective is valid and sound. Listen to their story.

How much is Tom Anderson worth?

Tom Anderson’s net worth is estimated to be $60 Million.

How old is Tom Anderson?

How tall is Tom Anderson?

Tom Anderson is an American entrepreneur and co-founder of the social networking website, ‘MySpace.’ MySpace has gained popularity with everyone and registered more than 100 million accounts.

As of November 2022, Tom Anderson’s net worth is estimated to be roughly $60 Million.

What do you think about Tom Anderson’s net worth? Leave a comment below.

What is Jessica Simpson's net worth? Introduction  As of ,...