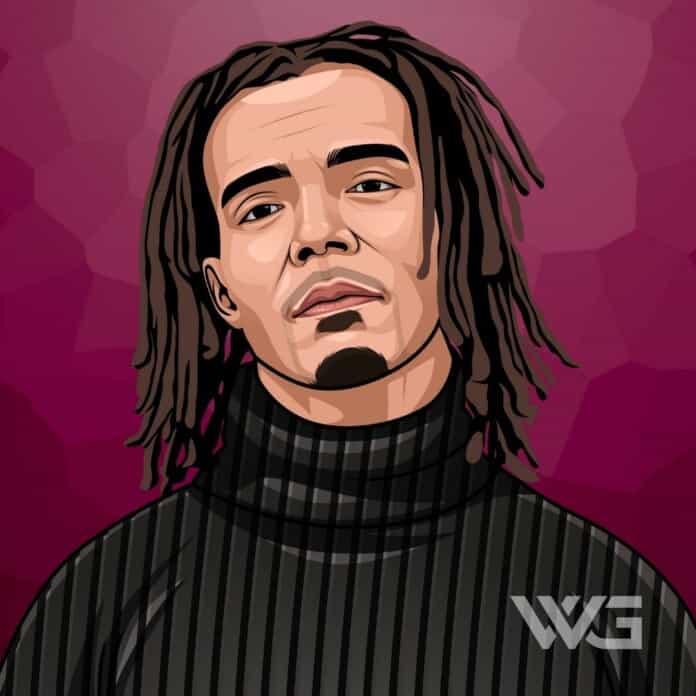 What is Akala’s net worth?

Akala is a British rapper and author.

He is also an activist and poet, and he comes from London.

In 2006, he was voted the Best Hip Hop Act at the MOBO Awards and had been included on the annual Powerlist of the 100 Most Influential Black British People in the United Kingdom.

Kingslee James McLean Daley was born on the 1st of December, 1983, in Crawley, West Sussex.

Daley is the son of a Scottish mother and a Jamaican father. They separated before he was born. He grew up with his mother in a single-parent working-class family. Growing up, he was embarrassed by his mother’s “whiteness.”

His mother educated him about black history. She introduced Daley to radical black thinkers. His older sister is the famous rapper, Ms. Dynamite. He was a straight “A” student and an athlete. He was also the manager of a restaurant before he turned 25 years old.

Akala rose to fame as a recognized rapper, journalist, author, and poet. He is best known for being the Best Hip Hop Act at the MOBO Awards in 2006. In 2018, he published ‘Natives: Race and Class in the Ruins of Empire.’

Throughout his career, he has also released a children’s book, that introduces school kids to hip-hop. The book’s name is ‘Hip and Hop: You Can do Anything.’

In 2003, he started releasing music from his own independent label Illa State Records. The following year, James McLean dropped his debut mixtape ‘The War Mixtape’.

Daley had a lot of career options before he stepped into the music business. Taking the name ‘Akala’, he released his first album ‘It’s Not a Rumour’ in 2006. It scored him an opening slot for Christina Aguilera’s 2006 tour. He was also in the business production, including videos and mixtapes. His next album ‘Freedon lasso’ was promoted by a number of live shows and touring.

He was the first hip-hop artist to perform his own headline concert in Vietnam.

In 2012, he performed at the second edition of the NH7 Weekender music festival in India.

He was challenged to develop different raps containing as many Shakespeare titles as he could manage on BBC Radio 1Xtra. He wrote and performed a long rap that contained 27 different Shakespeare play titles under 30 minutes.

Here are some of the best highlights of Akala’s career:

“I went into the British school system a nerdy boy who wanted to be an astronaut. I was from a materially poor but culturally very rich family. My stepdad was a stage manager of a theatre which was probably the most important black-led cultural institution in 1980s Britain. I think I met Angela Davis there.” – Akala

“Remember our grandparents leave Jamaica, in my case, believing everybody in Britain’s rich, like the white people in Jamaica. One of the things that the British government was terrified about us coming in was precise that we discover that most of people will be poor and non-educated and not treated that well.” – Akala

“Had I – remember I’ve got one white parent – had two white parents and had I been middle class, the chances I would’ve got put in a special needs group for kids who don’t speak English, while reading The Lord of the Rings, is somewhere close to zero.” – Akala

“Set of predictable experiences. Unfortunately mum and stepdad split up, and it was an ugly breakup. Mum gets very sick the following year. So we spend the first two years of secondary school, me and my older sister, nursing our mum through cancer. We’re not well off on top of that, obviously.” – Akala

Now that you know all about Akala’s net worth and how he achieved success; let’s take a look at some of the best lessons we can learn from him:

Fear is only in your head. It’s only to be understood.

Don’t be afraid to live. Life is all about living.

How much is Akala worth?

Akala’s net worth is estimated to be $1.2 Million.

How old is Akala?

How tall is Akala?

Akala is a well-known rapper and author from London. He is probably best known for his breakthrough in the early days of channels such as SBTV.

He has produced music for many years, and he is has a unique touch in his music. he has always had an interest in black history. Throughout his career, he has published best-selling books. One of his most notable books is ‘Natives: Race And Class In The Ruins of Empire.’

What do you think about Akala’s net worth? Leave a comment below.