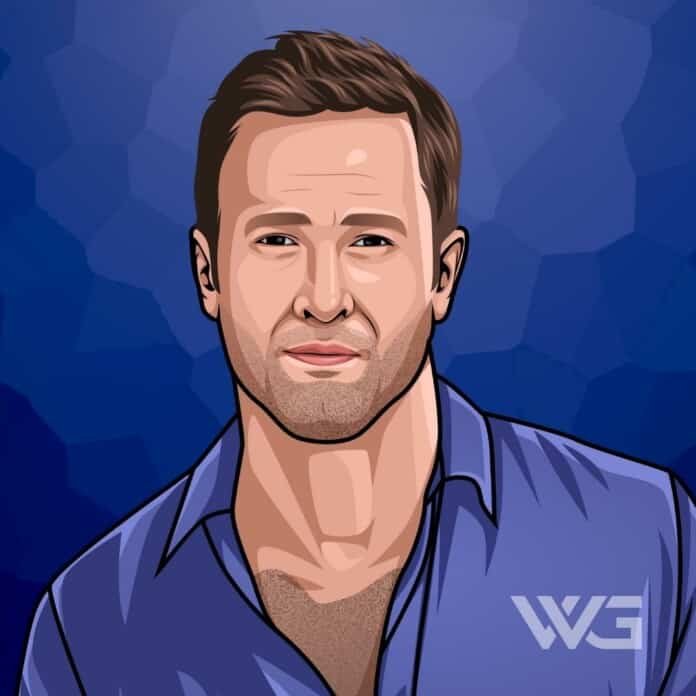 What is Alex O’Loughlin’s net worth?

Alex O’Loughlin is an Australian actor, director, and producer.

O’Loughlin played Lieutenant Commander Steve McGarrett on the remake of the series ‘Hawaii Five-0’. Throughout his career, he has had starring roles in films and series such as ‘Oyster Farmer,’ ‘The Back-Up Plan,’ ‘Moonlight,’ and ‘Three Rivers.’

Alex O’Loughlin was born on the 24th of August, 1976, in Canberra, Australia. O’Loughin comes from an Irish and Scottish background. His father is a physics and astronomy teacher, and his mother is a nurse.

He has dealt with a significant amount of adversity as a child, and he suffered from OCD disorder from an early age. He enrolled at the National Institute of Dramatic Art in 1999. O’Loughlin graduated in 2002 after he got a Bachelor of Dramatic Arts degree.

After O’Loughlin graduated, he worked in Australian television and film productions. His credits include ‘BlackJack: Sweet Science,’ ‘White Collar Blue,’ and ‘Love Bytes.’

In 2004, he earned an early film role in ‘Oyster Farmer.’ He later appeared in films such as ‘Man-Thing’ and an Australian mini-series named ‘The Incredible Journey of Mary Bryant.’ For his mini-series performance, he earned a nomination for “Best Lead Actor” in Television from the Australian Film Institue Awards in 2005.

He would earn a high-profile role in the series ‘The Shield,’ which rose to fame. O’Loughlun turned in performances in films such as ‘The Back-Up Plan, playing alongside Jennifer Lopez.

After ‘The Shield’ he earned a role on the CBS series ‘Moonlight.’ He was later cast as the lead in the CBS drama ‘Three RIivers’ which was developed in part by producer Carol Barbee. He guest-starred in shows like ‘Criminal Minds.’ In 2013, he won the “Breakthrough Award for Los Angeles-based non-profit Australians in Film.

How Does Alex O’Loughlin Spend His Money?

Alex O’Loughlin spends his money on real estate and charity.

O’Loughlin owns a beautiful home in Hawaii. He purchased the home in 2011 for $3.5 million. He eventually had to fix up the house after a huge fire. The damage is estimated at about $110,000 dollars.

O’Loughlin loves to give back to society and people. One of the charitable organizations that he supports is Donate Life America.

Here are some of the best highlights of Alex O’Loughlin’s career:

“I plead with my Moonlight fans to give this show a chance if they let me give it a chance. I can’t do Moonlight again — it’s finished. The bottom line is that my true fans will follow me where I go.” – Alex O’Loughlin

“It is such a cutthroat industry where you get knocked down so much and get rejected so much. If you do not back yourself up, no one else is going to, so you really need to learn to get up, shake the sand off your chest and keep going.” – Alex O’Loughlin

“To have a friend and a comrade as your co-star, especially in a romantic comedy, is really important. It gives you the room. It’s easier to give yourself and the other person permission to play.” – Alex O’Loughlin

“Mum’s a musician. She plays piano and has a beautiful voice, so she understands the creative need. Mum lights up when she sees me. Her cheeks go pink – she’s all over me, pulling my hair, pinching my cheeks.” – Alex O’Loughlin

“I was sort of trained in drama, and I went to theater school. I started on the stage. Comedy is absolutely an essential part of what we do as actors. But I think in the grand scheme of things, comedy was born from tragedy. First there was a tragedy, and then there were the comedies.” – Alex O’Loughlin

“I do have a stunt double because there are certain things that they won’t let me do. Like they won’t set fire to me. They won’t like to let me jump off a 20 story building. There are certain big stunts that it’s just impossible to get insurance to let me do, but for the most part, I’d say I do probably 75% of my stuff.” – Alex O’Loughlin

Now that you know all about Alex O’Loughlin’s net worth and how he achieved success; let’s take a look at some of the lessons we can learn from him:

There are millions of women all around the world who are in dangerous, terrifying situations. It’s up to us as storytellers to give people hope, to let people know that there is a way out.

2. You Only Live Once

Most people never let themselves die and cling to that one life. But you can spend a lifetime building things and another life looking for facts. You have many lives. Live them.

It’s impossible to achieve good mental health if you’re not getting enough sleep, not drinking enough water, not eating properly

How much is Alex O’Loughlin worth?

Alex O’Loughlin’s net worth is estimated to be $25 Million.

How old is Alex O’Loughlin?

How tall is Alex O’Loughlin?

Alex O’Loughlin is an Australian actor and director who achieved fame in the field of acting. He has appeared in several popular films and television shows. He is probably best known for starring on the CBS series ‘Hawaii Five-0’. O’Loughlin appeared in all 240 episodes over 10 seasons between 2010 and 2020.

What do you think about Alex O’Loughlin’s net worth? Leave a comment below.