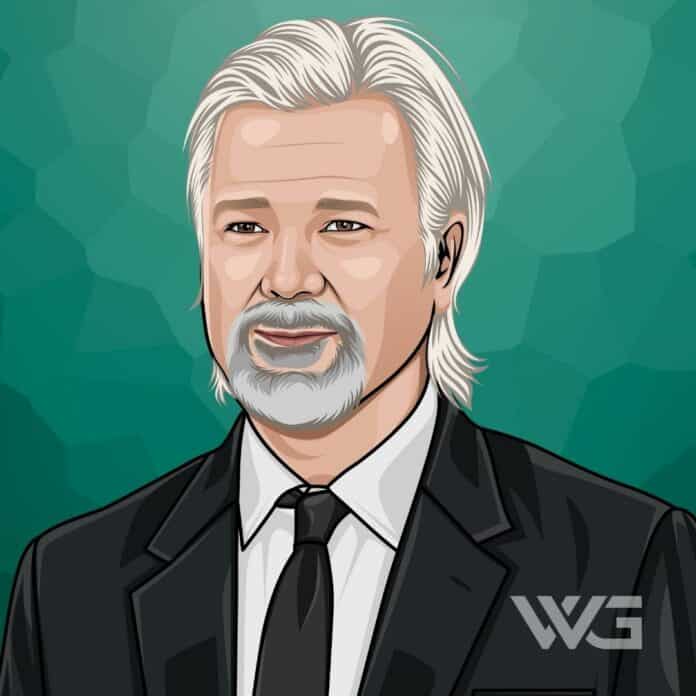 What is Gore Verbinski’s net worth?

He has an extensive filmography, including works across multiple genres with some of the world’s most iconic movie stars.

His father, Victor Vincent Verbinski, was a nuclear physicist of Polish descent who raised him alongside his mother, Laurette Ann.

During the early 1980s, Gore Verbinski studied at the UCLA School of Theater, Film and Television, paving the way for his professional career in the film industry.

After graduating from UCLA, Verbinski worked as a script reader for the Limelight production company, impressing director Julien Temple.

After working for the production company Nitrate Films, where he directed music videos for bands including Bad Religion and Monster Magnet, he transitioned to directing movies.

Before long, he was working with some of the richest actors in the world, beginning with Brad Pitt and Julia Roberts on the action comedy The Mexican.

He followed this with the horror film The Ring, then got his breakthrough with the 2003 movie Pirates of the Caribbean: The Curse of the Black Pearl.

After directing the sequel, Dead Man’s Chest, Verbinski expanded his repertoire and worked with Nicolas Cage on The Weatherman.

His animated film Rango saw Verbinski taking home the Academy Award for Best Animated Feature and was another hit at the box office.

Verbinski’s career earnings have been consistently high with a prolific career in Hollywood to his name, working in feature film blockbusters and award-winning animation.

The huge success of the Pirates of the Caribbean films saw his earnings skyrocket to reflect their box office takings.

With Verbinski continuing to work in Hollywood on major productions, his career earnings will continue to increase in the years to come.

Gore Verbinski has enjoyed a consistently high net worth since his professional career began, with the Pirates of the Caribbean movies significantly increasing his bankability.

Taking in billions of dollars worldwide, these movies raised his profile and allowed him to command much larger directing fees that enhanced his wealth.

Ongoing royalties from these and other films, combined with upcoming projects, will ensure his net worth continues to climb in the future.

Known for avoiding publicity, Gore Verbinski is happily married to his wife Clayton Verbinski, with whom he has two sons.

He lives with his family in Los Angeles, California, where he continues to work on music projects when not directing Hollywood movies.

His social media presence is limited to his official IMDB page, with the director preferring to avoid other social media channels to protect his privacy.

Gore Verbinski’s huge success as a mainstream director has seen his net worth skyrocket, and he’s picked up several awards and nominations for his work.

His biggest critical success came with Rango, for which many of his most prestigious industry awards have been granted.

Here are some notable awards and achievements from Gore Verbinski’s career:

Verbinkski continues to direct and produce movies, so more awards and honors for his work is likely to come as more projects see the light of day.

How Does Gore Verbinski Spend His Money?

As you might expect from a multi-millionaire film director, Gore Verbinski has an impressive property portfolio based around Los Angeles.

Owner of property comparable to some of the most expensive houses in the world, he has owned a Montecito ranch in the same region as Ellen Degeneres and other celebrities.

The estate sold for over $7 million, and features a 6,551-square-foot main residence with a private terrace and view of the Pacific Ocean.

Verbinski’s career has been truly impressive, from his early work as a music video director to international fame with the box office smash hit Pirates of the Caribbean franchise.

He’s enjoyed many high points and successes over the years, establishing his reputation as one of the best directors working today.

Here are some of the best highlights of Gore Verbinski’s career:

Verbinski’s career continues to evolve, with the director and writer linked to video games, music videos, and other promising projects in the coming years.

With one of the most popular movie franchises of all time to his credit, Gore Verbinski has many insights into the nature of Hollywood and success.

These quotes reflect his commitment to the craft and how each individual brings their personal philosophy to the creative process.

Here are our favorite quotes from Gore Verbinski:

Now that you know all about Gore Verbinski’s net worth, we’ll examine some of the life lessons we can learn from his approach to filmmaking.

A visually stunning film director, his work on everything from music videos to blockbuster franchises can inspire anyone looking to break into the film industry.

Here are some of the best success lessons to learn from Gore Verbinski:

1. Storytellers Should Always Mix Up Their Genres

While many writers become successful in a particular genre, the best writers understand the importance of tackling a range of subjects to develop their skills.

Verbinski has worked on everything from action and horror to Westerns and animation over the course of his career.

Gore Verbinski got his big breakthrough in directing music videos and has always remembered where he came from even after finding success in Hollywood.

He continues to perform in rock and punk bands to this day and collaborates with great musicians.

When developing the Pirates of the Caribbean movies, Verbinksi immediately knew that Orlando Bloom was perfect for the role of Will Turner.

He stuck to his guns and insisted Bloom was hired, which proved to be the right decision for the film’s success.

That concludes this overview of Gore Verbinski’s life as a director and music video director and how he earned his vast net worth.

Verbinski’s career continues to unfold and surprise fans with exciting new content, meaning his net worth will likely continue to grow over the coming years.

To ensure this article reflects any future changes, we’ll update it again to include his new movies and other business ventures that impact his net worth.

What do you think about Gore Verbinski’s net worth? Leave a comment below.

Brad Richards earned a fortune playing ice hockey and retired as a very wealthy multi-millionaire before moving into franchise management.