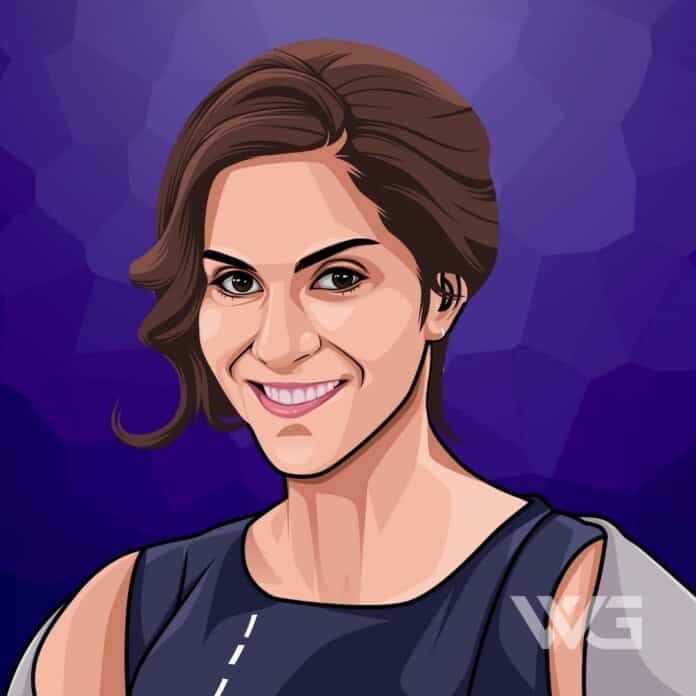 What is Jami Gertz’s net worth?

As of November 2022, Jami Gertz’s net worth is estimated to be $3 Billion.

Jami Gertz is an American actress from Illinois.

Gertz is best known for her early roles in the films ‘Crossroads’, ‘The Lost Boys’, ‘Less Than Zero’ and ‘Quicksilver’, the 1980s TV series ‘Square Pegs’ and 1996’s ‘Twister’; as well as for her roles as Judy Miller in the CBS sitcom ‘Still Standing’ and as Debbie Weaver in the ABC sitcom ‘The Neighbors’.

Along with her husband Tony Ressler, she is a part-owner of the Atlanta Hawks of the NBA.

Jami Beth Gertz was born on the 28th of October, 1965, in Chicago, Illinois, and lived in the city’s nearby suburb of Glenview. Her parents are Sharyn and Walter Gertz, who was a builder and contractor, and she has two brothers, Michael and Scott.

Gertz, who is Jewish, was raised in Conservative Judaism. She graduated from Maine East High School.

In 1981, Gertz made her film debut in the film ‘Endless Love’, which was followed by a co-starring role in the 1982–83 TV sitcom series Square Pegs.

She gained more significant attention with a starring role in 1987’s ‘Less Than Zero’, as the friend of a doomed drug addict played by Robert Downey Jr.. She also starred in the 1987 film ‘The Lost Boys as Star’, the “half-vampire” girlfriend, with Kiefer Sutherland and Jason Patric.

In 2000, Gertz took up a recurring role on the Fox hit ‘Ally McBeal’ as Kimmy Bishop, John Cage’s love interest. Gertz was nominated for an Emmy for Outstanding Guest Actress in a Comedy Series. She returned to this role in one more episode as a guest star in the show’s final season in 2002.

In 2011, she earned a producers’ credit on the Academy Award-nominated film ‘A Better Life’ which was put in limited release throughout the month of June and early July before arriving on DVD in October.

From 2012 to 2014, Gertz starred in the ABC sitcom ‘The Neighbors’ where she played the mother of a human family that moves into a neighborhood populated by residents from another planet.

Here are some of the best highlights of Jami Gertz’s career:

“Midwest kids got to summer camp. There is something very special about being away from your parents for the first time, sleeping under the stars, hiking, and canoeing.” – Jami Gertz

“They see a work ethic in both of us. But, they also see that my husband is more in control of his future, and I am more reliant on other sources for my career.” – Jami Gertz

“I have three sons, a husband, parents, and I’ll fight and get angry, but what is very important that I have found as I’ve matured, is that I have to move on.” – Jami Gertz

“It’s depressing and scary, but he needs to know the world around him because he’s fourteen now and in two years he’s going to drive. He needs to know what goes on out in the world. I’m not going to always be there.” – Jami Gertz

“The great medical facilities are a relief for the parents, too, who don’t have to think about caring for their young ones on their own for a weekend. They have a great time.” – Jami Gertz

“As a mom, I always feel I have to protect them. I talk about them because they are the most important things in my life but they are private people. I won’t use them for my own press.” – Jami Gertz

Now that you know all about Jami Gertz’s net worth, and how she achieved success; let’s take a look at some of the best lessons we can learn from her:

An open mind makes for a smooth-sailing life. It removes your need to control the outcome of any conversation or situation. In short, you will gain inner peace.

Each day, try to do something you’ve never done before. View life as an adventure.

3. Complaining Will Not Fix Things

How much is Jami Gertz worth?

Jami Gertz’s net worth is estimated to be $3 Billion.

How old is Jami Gertz?

How tall is Jami Gertz?

Jami Gertz is an American actress and philanthropist who first gained notice appearing in such popular 80s programs as “Square Pegs”, “Diff’rent Strokes”, “The Facts of Life”, “Family Ties”, and “Dreams”.

In the mid-80s, she began appearing in film projects, including co-starring roles in “Sixteen Candles”, “Solarbabies”, “Less Than Zero”, and “The Lost Boys”.

As of November 2022, Jami Gertz’s net worth is approximately $3 Billion.

What do you think about Jami Gertz’s net worth? Leave a comment below.