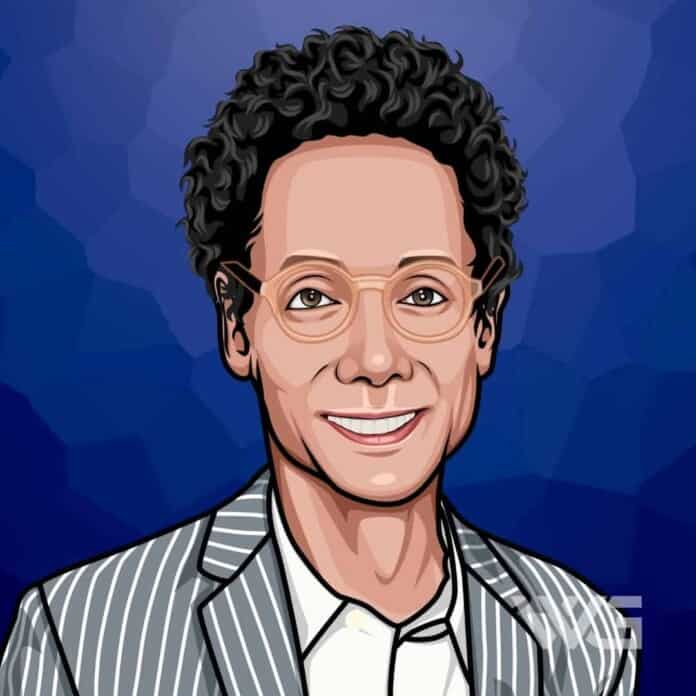 What is Malcolm Gladwell’s net worth?

He has published six books throughout his career, and he has been a staff writer for The New Yorker since 1996.

His first five books were on The New York Times Best Seller list. Gladwell is the host of the podcast ‘Revisionist History,’ and he is the co-founder of the podcast company Pushkin Industries.

Malcolm Timothy Gladwell was born on the 3rd of September, 1963, in Hampshire. His father was a mathematic professor. When Gladwell was younger, his father allowed him to wander around the offices at his university.

In 1982, Gladwell interned with the National Journalism Center in Washington D.C. He graduated with a bachelor’s degree in history from the University of Toronto in 1984.

In 1987, Gladwell started covering business and science for The Washington Post, where he worked until 1996. He began working at The New Yorker in 1996.

Gladwell gained popularity with two of his New Yorker articles written in 1996, ‘The Tipping Point’ and ‘The Coolhunt’. He received a $1 million advance for his first book ‘The Tipping Point’ He also served as a contributing editor for Grantland, which is a sports journalism website.

In 2000, he released his first book ‘The Tipping Point,’ and wanted the book to have a broader appeal than just crime. He gained a lot of fame thanks to his first book.

Gladwell published ‘Outliers’ in 2008. He explored the various factors that led to certain people becoming successful. One example was Bill Gates, and he wanted to find out why he had amassed such an impressive net worth.

His sixth book, ‘Talking to Strangers’ was released in 2019. The book examines interactions with strangers and covers examples that include Amanda Knox’s trial, the suicide of Sylvia Plath, and the death of Sandra Bland.

How Does Malcolm Gladwell Spend His Money?

Malcolm Gladwell likes to spend some of his money on real estate, and he reportable owns two homes.

Gladwell is a proud owner of a home in Manhattan. In 2008, it was reported that he purchased the home for $1.5 million. He also owns a second home not far away.

Here are some of the best highlights of Malcolm Gladwell’s career:

“When making a decision of minor importance, I have always found it advantageous to consider all the pros and cons. In vital matters, however, such as the choice of a mate or a profession, the decision should come from the unconscious, from somewhere within ourselves. In the important decisions of personal life, we should be governed, I think, by the deep inner needs of our nature.” – Malcolm Gladwell

“Imagine that you are a doctor and you suddenly learn that you’ll see twenty patients on a Friday afternoon instead of twenty-five while getting paid the same. Would you respond by spending more time with each patient? Or would you simply leave at six-thirty instead of seven-thirty and have dinner with your kids?” – Malcolm Gladwell

“Success is a function of persistence and doggedness and the willingness to work hard for twenty-two minutes to make sense of something that most people would give up on after thirty seconds.” – Malcolm Gladwell

“IQ is a measure, to some degree, of innate ability. But social savvy is knowledge. It’s a set of skills that have to be learned. It has to come from somewhere, and the place where we seem to get these kinds of attitudes and skills is from our families.” – Malcolm Gladwell

Now that you know all about Malcolm Gladwell’s net worth, and how he achieved success; let’s take a look at some of the lessons we can learn from him:

We learn by example and by direct experience because there are real limits to verbal instruction’s adequacy.

The only true way to listen is with your ears and your heart.

5. What Goes Around Comes Around

What is learned out of necessity is inevitably more powerful than the learning that comes easily.

How much is Malcolm Gladwell worth?

Malcolm Gladwell’s net worth is estimated to be $30 Million.

How old is Malcolm Gladwell?

Malcolm Gladwell was born on September 3, 1963, and is currently 59 years old.

How tall is Malcolm Gladwell?

Malcolm Gladwell is an English/Canadian journalist and author who started his career in the mid-90s as a staff writer for The New Yorker. He has published a total of six books throughout his career.

These books include ‘Blink: The Power of Thinking Without Thinking’ and ‘The Tipping Point: How Little Things Can Make a Big Difference.’ Many books were bestsellers and were featured in the New York Times. He likes to write about social sciences subjects, such as sociology, psychology, and economics.

Outside of writing, Gladwell is the host of several podcasts.

What do you think about Malcolm Gladwell’s net worth? Leave a comment below.