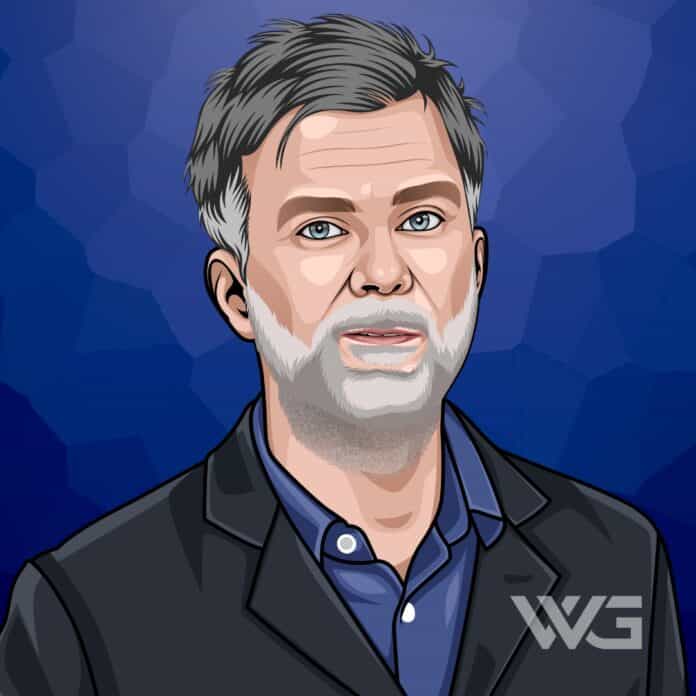 What is Paul Thomas Anderson’s net worth?

Paul Thomas Anderson is an American film director who is best known by his initials PTA.

He started his career in 1988 and has since directed many hit movies, including Boogie Nights, Magnolia, and Punch-Drunk Love.

Fortunately for fans of his films, Anderson has made no mention of retiring anytime soon, so we can expect to see much more from him in the future.

As of February 2023, Paul Thomas Anderson’s net worth is estimated to be $70 Million.

His father was an actor and the voice of the late-night horror movie host Ghoulardi.

Growing up, Paul was extremely close to his father, who encouraged him to pursue his dreams of being a writer.

When he was a teenager, he started experimenting with a Bolex 16-mm camera, and he filmed his first production as a senior at Montclair Prep.

In 1993 he produced and directed his first short film, Cigarettes & Coffee, which was shown at the Sundance Festival Shorts Program.

In the late 90s, Paul Thomas Anderson started to hit his stride and establish himself as a director.

In 1997 he directed his breakout hit Boogie Nights, which earned him three Academy Award nominations.

Anderson continued to find success in the 2000s with Punch-Drunk Love in 2002 and There Will Be Blood in 2007, both of which were critically acclaimed.

His eighth feature film, Phantom Thread, was released in 2017, which also served as Daniel Day-Lewis’ last film role to date.

In 2021 he directed Licorice Pizza, which garnered him another three Oscar nominations.

During his career, he has also directed many music videos for artists, including Fiona Apple, Aimee Mann, Radiohead, Michael Penn, and Joanna Newsom.

Despite being one of the richest directors in the world, information about Paul Thomas Anderson’s earnings has never been made public.

However, we do know a bit about what his movies have brought in at the box office.

His movies may not have earned enough to make him as wealthy as Tyler Perry, but they have certainly made him one of the highest-earning directors in Hollywood.

Paul Thomas Anderson previously dated singer Fiona Apple from 1997 to 2000, but they later broke up with Fiona claiming his temper drove them apart.

Since 2001, Anderson has been in a relationship with comedian and actress Maya Rudolph, and together they have four children; Minnie Ida, Pearl Minnie, Lucille, and Jack.

Unfortunately, outside of his filmmaking career, Paul tends to keep his personal life under wraps, staying away from social media.

If any more information about his personal life becomes available — or if he appears on any social media accounts — we will be sure to keep you updated!

Paul Thomas Anderson has won and been nominated for numerous awards during his career.

While all of his achievements have been significant, some accolades stand out more than others for their prestigious status.

Here are some highlights from Paul Thomas Anderson’s career:

Although Paul Anderson hasn’t won as many accolades as his fellow director Quentin Tarantino, he has still earned 268 nominations in total and 97 awards.

As he continues making films, we can expect him to earn even more awards and nominations in the future.

How Does Paul Thomas Anderson Spend His Money?

Located in one of the most expensive cities in the US, Anderson’s home has three bedrooms and 2,800 sqft of space.

There is also a large back garden complete with a pergola, pristine lawns, and well-kept fruit trees.

It may not be one of the grandest homes in Los Angeles, but it certainly is luxurious and worthy of such a distinguished director.

Paul Thomas Anderson has reached many milestones during his career that have helped him stand out from other directors.

However, some of his career’s greatest moments stand out more than others for their impact on his fame and fortune.

Here are some of the best highlights of Paul Thomas Anderson’s career:

Along with being able to work with some of the richest actors in the world, Anderson has enjoyed many memorable and important moments during his time behind the camera.

While these have been his most formative moments so far, as he continues his career, we expect to see him hit many more milestones.

Paul Thomas Anderson has completely dedicated his life to filmmaking, and he uses many of his personal experiences to impact his storytelling.

In past interviews, he has often spoken about how he approached making new films, and there is a lot that can be learned from his methods.

Here are our favorite quotes from Paul Thomas Anderson:

There are a lot of useful lessons we can learn from Paul Thomas Anderson and his remarkably successful career in filmmaking.

Now that you know all about Paul Thomas Anderson’s net worth, we can take a closer look at what he can teach us about reaching our own goals.

Here are some of the best success lessons to learn from Paul Thomas Anderson:

It is easy to get caught up in worrying about the big picture, and this can make you miss things that are right in front of you.

Don’t forget to spend time on the little details so that you won’t miss any important opportunities that may be vital to your success.

With so much information available at our fingertips, there is no excuse to stop learning valuable things.

Whether you want to master new skills or learn about a specific niche, it is never a bad idea to use your time to discover unexplored things.

3. Stand Out From The Rest

Many people toe the line in fear of standing out too much, but to be successful, you need to get comfortable putting yourself out there.

Don’t be afraid to stand out from the crowd because it will ultimately help you make greater progress.

Paul Thomas Anderson has become well-known in Hollywood for his psychological dramas, which have received critical acclaim.

While he isn’t the wealthiest director in the industry, he is steadily building his fortune and may very well top the list in the future.

Make sure to check back often so that you don’t miss any updates impacting Anderson’s career and wealth.

As of February 2023, Paul Thomas Anderson’s net worth is estimated to be $70 Million.

What do you think about Paul Thomas Anderson’s net worth? Leave a comment below.