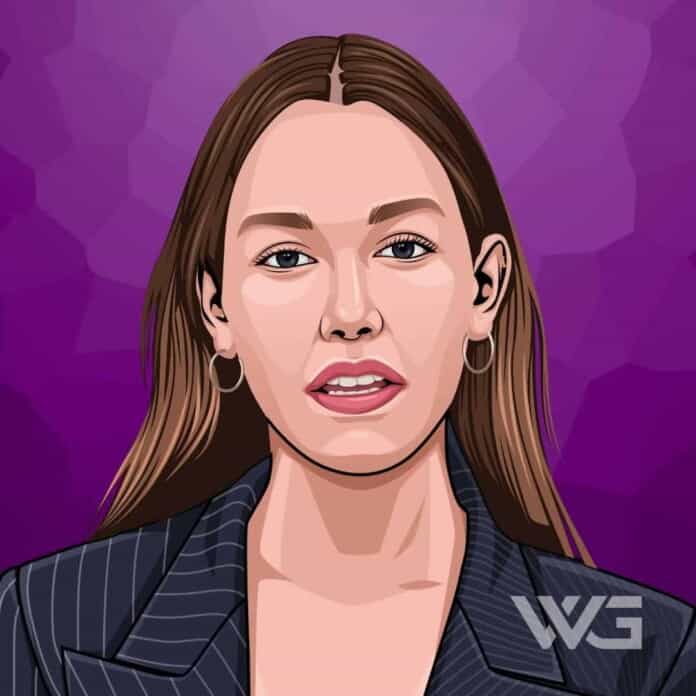 What is Victoria Pedretti’s net worth?

Victoria Pedretti is an American actress best known for her role as Eleanor “Nell” Crain in the Netflix horror series ‘The Haunting of Hill House’ and Love Quinn in the Netflix thriller series ‘You’.

In 2019, she portrayed Lulu in Quentin Tarantino‘s film ‘Once Upon a Time in Hollywood’.

As of November 2022, Victoria Pedretti’s net worth is estimated to be $1 Million.

Victoria Pedretti was born on the 23rd of March, 1995, in Pennsylvania.

She attended Pennsbury High School in Fairless Hills. Later, she began her acting studies at the Carnegie Mellon School of Drama, which is a part of Carnegie Mellon University in Pittsburgh.

In 2017, she completed her university studies and graduated with a Bachelor of Fine Arts. In the same year, it was announced that she was cast as Eleanor “Nell” Crain in the Netflix horror series ‘The Haunting of Hill House’.

She appeared as Leslie Van Houten, better known as Lulu, in Quentin Tarantino’s film ‘Once Upon a Time in Hollywood’ in 2019. The film has received multiple accolades.

In January 2019, it was announced that she had been cast in the main role of Love Quinn on the second season of the Netflix thriller series ‘You’.

As of November 2022, Victoria Pedretti’s net worth is $1 Million.

Here are some of the best highlights of Victoria Pedretti’s career:

“It’s great that we do get her perspective in the final episode. She does get to speak for herself and represent herself fully—and that is the moment Joe falls out of love with her. As soon as she becomes a full-fledged, complicated person, she’s no longer viable.” – Victoria Pedretti

“Yeah. I think Love’s super smart. She’s more clever than Joe. She seems to manipulate the system with such ease and confidence. He gets beaten up! He’s doing a lot of s**t, but he’s getting beat up in the process. We rarely see him without him missing a finger or a bloody eye.” – Victoria Pedretti

“His ability to play is off the charts. He needs to do some physical comedy. I had a great time working with him. The amount of work he puts into the show–he’s in almost every single scene. That kind of work is rigorous. He’s a kind and gentle individual.” – Victoria Pedretti

Now that you know all about Victoria Pedretti’s net worth, and how she achieved success; let’s take a look at some of the lessons we can learn from her:

Dreams don’t work unless you do.

How much is Victoria Pedretti worth?

Victoria Pedretti’s net worth is estimated to be $1 Million.

How old is Victoria Pedretti?

How tall is Victoria Pedretti?

Victoria Pedretti is an American actress who is best known for starring in the Netflix series ‘The Haunting of Hill House’ and ‘You’.

As of November 2022, Victoria Pedretti’s net worth is roughly $1 Million.

What do you think about Victoria Pedretti’s net worth? Leave a comment below.