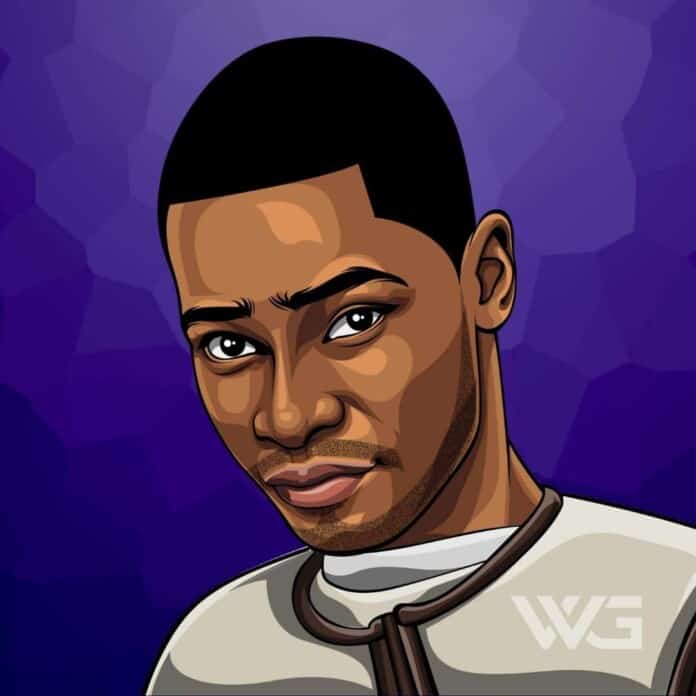 What is Dave’s net worth?

As of January 2023, Dave’s net worth is approximately $3 Million.

He went on the release the ‘Game Over EP’ in 2017, with its single ‘No Word’ charting the top 20 on the UK Singles Chart.

David Orobosa Omorergie was born on the 5th of June, 1998, in Brixton, South London.

He was raised in nearby Streatham. He initially began composing music at an early age, regularly writing lyrics in his early teens. Both of Dave’s older brothers are currently incarcerated.

Omorergie attended St Marks Academy in Mitcham before he later attended Richmond upon Thames College, where he studied Law, Philosophy, and Ethics.

Dave made his debut appearance one platform named Black Box in 2015. He dropped a single with just audio on mixtape madness call a midnight summer that later progressed to Street Starz TV. His debut performance on was on Charlie Sloth‘s ‘Fire in the Booth’ which was a freestyle segment on BBX Radio 1Xtra.

Dave released his debut EP, ‘Six Paths’, in 2016. The extended play was produced by Dave, Fraser T Smith and entered at number 76 on the UK Albums Chart.

In 2016, Drake premiered a remix to Dave’s song ‘Wanna Know’ on OVO Sound Radio. The song debuted at 72 on the Official Singles Chart and peaked at 51.

Throughout 2017, Dave dropped the non-album singles, ‘Samantha’ with J Hus which peaked at 63 on the Official Singles Chart, becoming the third biggest song to not chart in the top 40 in 2017.

The same year, he announced his second extended play, ‘Game Over’, alongside the announcement of its accompanying tour. The EP named ‘Question Time’ was released on the 3rd of November, 2017.

Dave won his first MOBO Award in 2017, and he later dropped his single ‘Hangman’ in 2018. He also released ‘Funky Friday’ that featured rapper Fredo. The song debuted at number one in the UK.

Here are some of the best highlights of Dave’s career:

“I changed my number couple times cash’ man kept callin’ me for things. And man is hatin’ but they wavin’ when they saw me on their strip, I know. I know they see me on the camera. Might just link Samantha. Mix the gentleman with a gangster.” – Dave

“I don’t give a f**k what you done. Two young Gs, arms out, nobody move, you can get stuck in the mud. We sent your man to the shop. What do you mean? He ain’t ever made it rain. Your man is a fraud, your boyfriend’s livin’ a lie. You’re kinda like Rachel Zane.” – Dave

“My girl don’t wanna stop for a chat. Then I’m onto her friends like Joey and Ross. Babe, what you mean you can’t talk for a sec?. It’s calm, you don’t even know what you lost. Stone Island from my head to my feet.” – Dave

“Yo, walk in a party, standard. Where’s your army? Where’s your tandem? On Insta, sitting in a mad whip In traffic, man is looking like a catfish. Fake youths, plastic. Stop acting, man are all average. My girl got body boombastic. Elastic, call her Mrs. Fantastic.” – Dave

“I see a lot of men let their jealousy creep in. Watch who you eat with, the girls that you sleep with. Watch who you talk with, walk with, speak with. The first to the motives, the last to the meetings. Huh, all I know is how to work bruv. Start off as a worker and that’s just how it works bruv. When I was tryna work n***as never tried to turn up.” – Dave

Now that you know all about Dave’s net worth, and how he achieved success; Let’s take a look at some of the most powerful lessons we can learn from him:

When you’re going through things sometimes, you just realize who’s there for you and who’s not. Sometimes people can sit down and watch you go through something and care.

And not think, “Let me give a message or a phone call.” And I had that on a level, ‘cause there are bear people you think that you’re friends with, and whatever, and when it actually gets to the time, there’s nothing.

3. Success is Not Final

Success is not final, failure is not fatal: it is the courage to continue that counts.

How much is Dave worth?

Dave’s net worth is estimated to be $3 Million.

How old is Dave?

How tall is Dave?

Dave is a really young rapper, who already has huge connections to the rap world such as Drake. Dave is best known for his tracks  ‘Samantha’, ‘Hangman’ and ‘Funky Friday’.

As of January 2023, Dave’s net worth is estimated to be roughly $3 Million.

What do you think about Dave’s net worth? Leave a comment below.