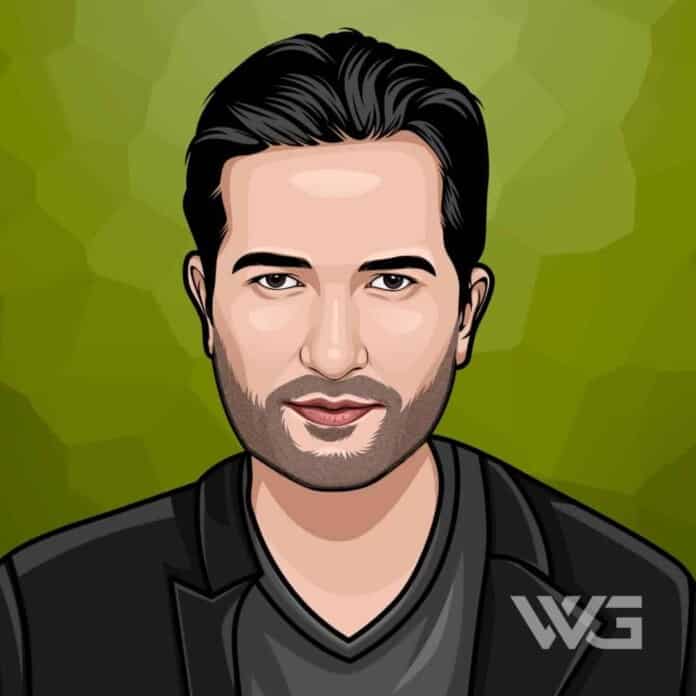 What is Deniz Koyu’s net worth?

Koyu specializes in progressive EDM and electro houses. He has collaborated with some of the most successful electronic dance music artists such as Alesso, Nicky Romero, Dimitri Vegas & Like Mike, Galantis, and Fedde le Grand.

As of December 2022, Deniz Koyu’s net worth is estimated to be roughly $3 Million.

Deniz Akcakoyunlu was born on the 29th of April, 1985, in Bochum, Germany.

In his teenage years, he was influenced by anything electronic, ranging from trance to techno, underground to indie dance-pop, disco house to electro house.

Koyu has received worldwide support from acclaimed DJs such as Avicii, Swedish House Mafia, Tiësto, Dada Life, and Fedde le Grand and was named an EDM artist to watch in 2012 MTV. Getting into EDM, he previously enjoyed pop music and indie-pop.

By age sixteen, Deniz had learned his craft with the software package Reason and began writing lounge music singles for this friend’s web design agency.

Fast forward a few years, and Deniz’s profile has exploded! Thanks to hitting records, released via Spinnin, ‘Protocol,’ and ‘Axtone,’ including collaborations with Alesso, Dimitri Vegas & Like Mike, Fedde Le Grand, and remixes for Zedd, David Guetta, and Miike Snow, has become one of dance music’s most respected producers.

Clocking up hundreds of shows over the past few years has brought his unique style of dance music to the world’s most iconic festivals and clubs, including Tomorrowland, TomorrowWorld, Creamfields, Electric Zoo, Ultra Festival Miami, and at the world’s #1 club, Green Valley.

As of December 2022, Denis Koyu’s net worth is estimated to be roughly $3 Million.

Here are the best highlights of Deniz Koyu’s career:

“Yeah, I had pretty crazy jetlag. The route I took was crazy, had to come straight from Panama to here. So, it (the route) went from Panama through New York, Munich, Singapore, and finally Jakarta. Basically, I had traveled ¾ of the globe.” – Deniz Koyu

“For next year, I wanna do more festivals. Bigger ones with bigger stages and crowds. I also want to do my own show concept, maybe, and also stuff like a bus tour, for example, a road trip through America. Music-wise, I want to produce more tracks, do collaborations with some big DJs. Basically, I just wanna do more and more.” – Deniz Koyu

“A bit, though I’ve forgotten most things. I learned piano when I was a kid, took lessons for about 4-5 years. Today, I think I wouldn’t be able to play a classical piece of piano. But what’s important for music production is that you know how to grab the chords and move your fingers on your keyboards. That’s how you can compose your music.” – Deniz Koyu

“That’s tough. One piece of news I can say is that it’s very fresh, which I rarely mentioned before. I did a remix for David Guetta from his new album, ‘Just One Last Time.’ I hope it will come out in mid or end of November.” – Deniz Koyu

“It was enjoyable working with her vocal recordings on this production. Jess is talented, and her voice has that certain magic quality that spells a cast on you when listening to it. I don’t get that feeling often when working with vocalists.” – Deniz Koyu

Now that you know all about Deniz Koyu’s net worth and how he achieved success; let’s take a look at some of the lessons that we can learn from him:

Respect your efforts, respect yourself. Self-respect leads to self-discipline. When you have both firmly under your belt, that’s real power.

Mind. Body. Soul. These are the three things self-care is all about.

Problems can become opportunities when the right people come together.

How much is Deniz Koyu worth?

Deniz Koyu’s net worth is estimated to be $3 Million.

How old is Deniz Koyu?

How tall is Deniz Koyu?

Deniz Koyu is one of the best DJs in the EDM industry.

Koyu has collaborated with famous DJs such as Avicii, Dada Life, and Zedd. He has proven to be one of the most promising talents in the world. He learned to play the piano when he was five years old. He then discovered the love for synthesizers and drums, inspiring artists such as Depeche Mode, Daft Punk, Kraftwerk, or Cassius.

As of December 2022, Deniz Koyu’s net worth is estimated to be roughly $3 Million.

What do you think about Deniz Koyu’s net worth? Leave a comment below.