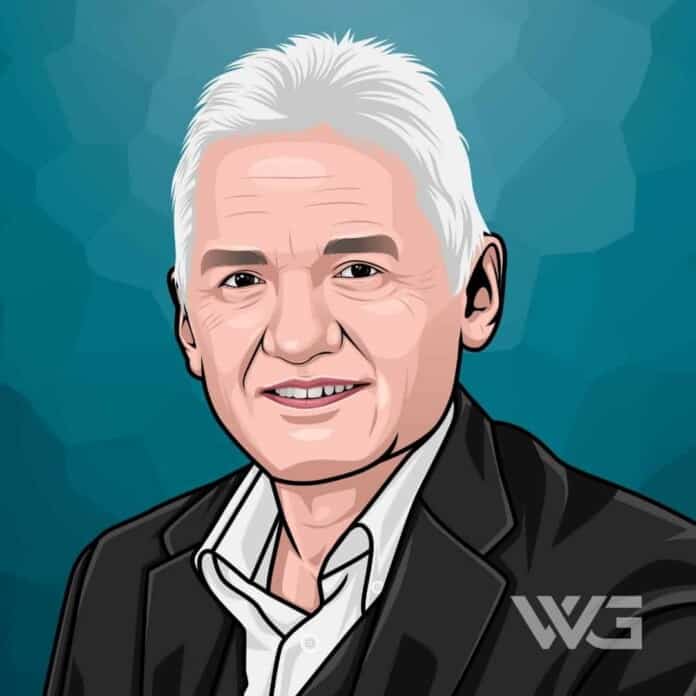 What is Gennady Timchenko’s net worth?

Gennady Timchenko is a Russian oligarch and billionaire businessman.

Timchenko founded and owns the private investment group Volga Group, specializing in energy, transport, and infrastructure assets. Previously he was a co-owner of Gunvor Group.

Timchenko is known for being the Chairman of the Board of Directors of the Kontinental Hockey League and President of the SKA Saint Petersburg ice hockey club. He is a citizen of Russia, Finland, and Armenia.

Gennady Nikolayevich Timchenko was born on the 9th of November, 1952, in Leninakan.

His father was in the Soviet military and fought alongside Russian forces in the second world war.

In 1976, he graduated from the Mechanical Institute of Saint Petersburg, then named Leningrad, as an electrical engineer, according to a 2008 interview with the Wall Street Journal. He is married to Elena, and they have three children. Since 2014, he has been living in Moscow, Russia, while his family resides in Switzerland.

In 1977, Timchenko started to work as an engineer for the Izhorsky plant near Saint Petersburg, which specialized in building power generators.

In 1988, when Russia started to liberalize its economy, he was promoted to Deputy Director of state-owned oil company Kirishineftekhimexport, which had been created in 1987 based on the Kirishi refinery, one of the three largest refineries in the RSFSR.

Timchenko decided to leave Russia and was hired by a Finland-based company in 1991, Urals Finland Oy, specializing in importing Russian oil to Europe.

He co-founded the global commodity trading company, Gunvor, with Swedish businessman Torbjörn Törnqvist in 1997. He sold Törnqvist his stake in March 2014, a day before the US sanctions. In 2007, Timchenko founded the Volga Group (Volga Resources Group) private investment fund.

In March 2014, following the Crimean status referendum, the U.S. Treasury put Timchenko on the Specially Designated Nationals List, a list of individuals sanctioned as “members of the Russian leadership’s inner circle.”

The same year, he sold a 49% stake in the Finnish company IPP Oy. It was a small part of the Volga Group portfolio. Timchenko was subject to international sanctions after the 2014 Crimean crisis in April 2014.

Here are some of the best highlights of Gennady Timchenko’s career:

“Western media present events in Russia in a thoroughly negative light. Yes, we have problems, and these need to be covered. But the fact remains that there is a propaganda campaign being waged against Russia. And this is disturbing.” – Gennady Timchenko

“China is an area where we need to be present. Lots of companies want to supply their products to China.” – Gennady Timchenko

“I was born in Armenia, in the city of Leninakan. My father was in the military. He was transferred from place to place because of military service. When I was 6, we moved to East Germany.” – Gennady Timchenko

“I spent there another six to seven years. Then we moved to Ukraine. In 1970 I started studying at the Mechanical Institute (in Leningrad). I finished in 1977. I studied to be an electro-mechanical engineer. After that, I got a job at the Izhorsk plant, near St. Petersburg.” – Gennady Timchenko

Now that you know all about Gennady Timchenko’s net worth and how he achieved success; let’s take a look at some of the lessons we can learn from him:

For the most part, people are trying hard and want to please you. Assume the best and give lots of grace.

3. Listen to Your Team

Cultivate the assumption that someone else probably has the best idea. Learn to ask probing questions and actively listen to the answers.

How much is Gennady Timchenko worth?

Gennady Timchenko’s net worth is estimated to be $14 Billion.

How old is Gennady Timchenko?

Gennady Timchenko was born on November 9, 1952, and is currently 70 years old.

How tall is Gennady Timchenko?

Gennady Timchenko is a businessman who became head of Kirshineftekhimexport, a state-owned oil company in the late 80s. When the company went private, he became a major shareholder.

He co-owns, or holds major stakes, in multiple companies, including the Gunvor Group, Sibur Holding, and Russian Sea Group.

What do you think about Gennady Timchenko’s net worth? Leave a comment below.