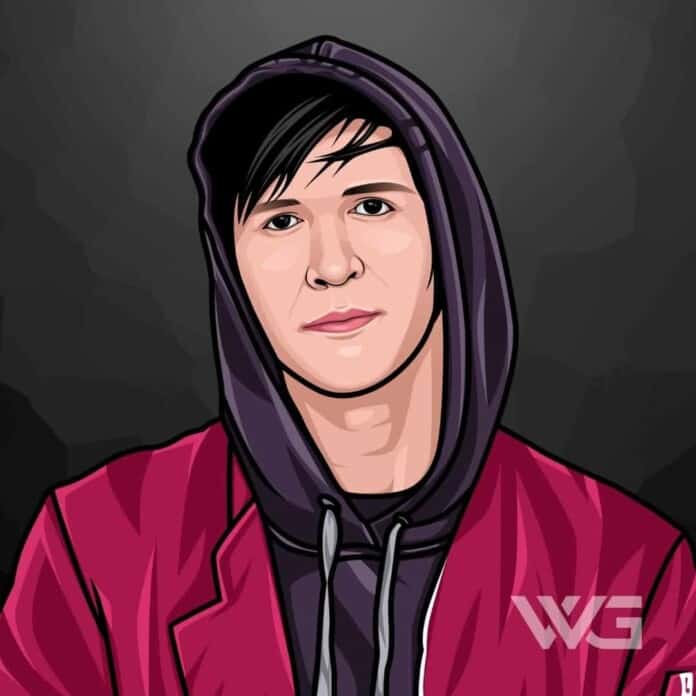 What is Illenium’s net worth?

Illenium is an American musician, DJ, and record producer.

He has released three studio albums, with his most recent, ‘Ascend,’ released in August 2019. The album was Illenium’s first to top the Billboard Dance/Electronic Albums chart and also reached his highest peak on the Billboard 200 at number 14.

As of December 2022, Illenium’s net worth is estimated to be $2 Million.

In 2008, Miller began making electronic music. In the summer of 2012, he saw Bassnectar perform at Red Rocks Amphitheatre and decided to focus on music more earnestly after that.

That year, he also suffered a heroin overdose, a fact he shared with his fans in 2018. The experience was the inspiration for his 2018 song, ‘Take You Down.’

Illenium released his first self-titled EP in May 2013 on Prep School Recordings. That year, he also released a remix of Florence and the Machine’s ‘Over the Love.’ The following year, he independently released his follow-up EP, ‘Risen,’ which contained the song ‘Drop Our Hearts’ featuring Sirma.

In 2015, he released several singles, including ‘Chosen You,’ ‘Painted White,’ and ‘I’ll Be Your Reason.’ The latter song was released on Skrillex’s Nest HQ platform.

In February 2017, Illenium released the song ‘Fractures’ featuring Nevve. He followed that with the collaborative single, ‘Feel Good,’ with Gryffin and featuring Daya in March 2017.

The following year, Illenium released three collaborations that charted on the Hot Dance/Electronic Songs chart: ‘Don’t Give Up on Me’ with Kill the Noise and Mako at number 35, ‘Gold (Stupid Love)’ with Excision and Shallows at number 19, and ‘God Damnit’ with Call Me Karizma at number 33.

As of December 2022, Illenium’s net worth is estimated to be roughly $2 Million.

Here are the best highlights of Illenium’s career:

“My mom stayed at home to help raise the family, and my dad worked really hard in finance to provide for us all. They have been so supportive of my choice to pursue music. Even when I was starting out and hadn’t seen any success, they encouraged me to keep going. My family has been by my side through my darkest times, and I wouldn’t be where I am today without them.” – Illenium

“I grew up in a lot of different places. I was born in Chicago, then lived in Seattle for a while, and also lived in France before my family finally settled in San Francisco. Being exposed to different cultures and cities helped give me an open mind and made me more willing to try new experiences.” – Illenium

“I was a lot more hands-on with the writing on this album – actually working on a song from start to finish with everyone in the room instead of bouncing ideas across the country with people over email.” – Illenium

“I would literally live in a computer. After I began touring heavily, it became harder to get back to my true passion of creating music. Now that I’m taking time off the road and concentrating on producing and writing music again, it’s given me the freedom to make exactly what I want to make. Once I started figuring out this next chapter.” – Illenium

“I think people are pretty low on excitement and low on hope. I want people to take these new songs to help them heal from the struggles they’ve encountered over the past few months or years and give them some escape. Hopefully, my new music can spark some hope in people’s hearts and provide that outlet for them.” – Illenium

Now that you know all about Illenium’s net worth and how he achieved success; let’s take a look at some of the lessons we can learn from him:

There is progress whether ye are going forward or backward! The thing is to move!

Once you stop learning, you start dying.

How much is Illenium worth?

Illenium’s net worth is estimated to be $2 Million.

How old is Illenium?

How tall is Illenium?

Illenium is an American music producer, musician, and DJ with a debut studio album titled ‘Ashes,’ which peaked at number 6 on the Billboard Dance/Electronic Albums chart.

Illenium has collaborated with musicians such as Jon Bellion, Nevve, and Gryffin. He is one of the most successful crossover electronic artists today. He has captivated millions of self-identified, die-hard ‘Illenials’ around the world who share a direct and personal bond with him through his music.

As of December 2022, Illenium’s net worth is estimated to be roughly $2 Million.

What do you think about Illenium’s net worth? Leave a comment below.