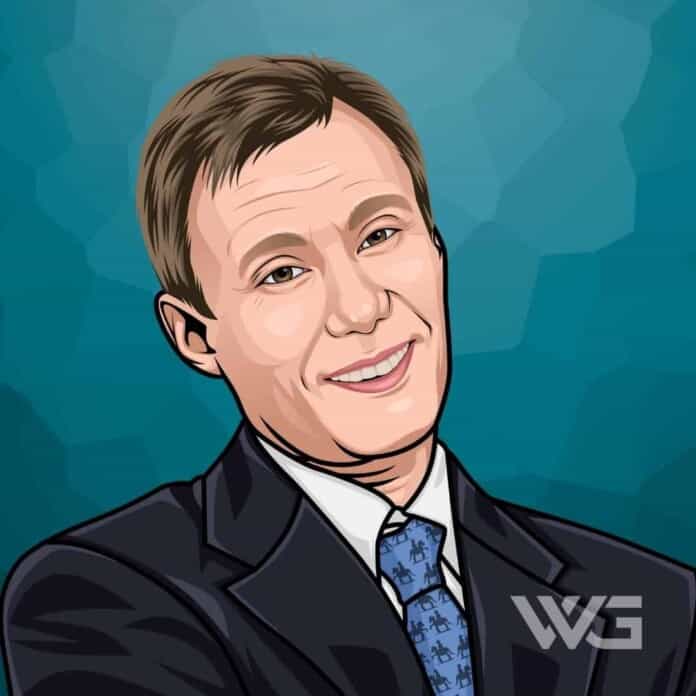 What is German Khan’s net worth?

Khan is best known for being the head of the wholesale trade business Alfa Eco as part of the Alfa Group Consortium. Khan was born into a Jewish family in Ukraine. He was very interested in sports growing up. During high school, he trained to become a boxer.

German Borisovich Khan was born on the 24th of October, 1961, in Kyiv, Ukraine.

Khan is the son of Ukrainian Jewish parents from Lviv. His father was a metallurgy professor.

He had a keen interest in sports at a young age, and during high school, he developed a long-term interest in boxing, citing the sport as an influence on building confidence and self-discipline. Khan graduated from high school in 1978 and subsequently worked for a year as an apprentice on a shop floor of a factory.

After a chance meeting with businessman Mikhail Fridman, who had also been a student at MISIS, Khan was asked to head up a wholesale trade business Alfa Eco as part of a wider company, Alfa Group Consortium.

Khan held several managerial positions at Alfa Group starting in 1992. With Alfa-Eco restructured as the trading arm of the Alfa Group, Khan was Alfa-Eco’s head of trade operations until 1996 and its director of commodity trading from 1995 to 1998.

In 2003, Alfa Group sold precisely half of TNK to British Petroleum (BP) for US$6.15 billion, in what was the most significant foreign investment in Russia to date, equivalent to $8 billion in invested assets.

In 2012, TNK-BP was sold to the state-owned Rosneft for $56 billion, which was still underway by early 2013. Reuters described it as “one of the biggest energy takeovers in history,” with the overall deal worth $55 billion.

How Does German Khan Spend His Money?

German Khan spends some of his money on charity work.

Khan is a supporter of the LifeLine charitable program, and he has helped provide medicine for ill children in Russia.

Here are some of the best highlights of German Khan’s career:

“I have never taken it upon myself to create a group of students, or anyone for that matter, who would consider me a teacher. I never intentionally teach anyone. There are, however, several people who have grown with the company.” – German Khan

“There are some processes that I see as extremely bureaucratic. On the other hand, it is necessary to have a reasonable balance between entrepreneurship and bureaucracy. The most important skill is being able to find this balance and build on it in a way that suits those involved.” – German Khan

“In my work, I have various task forces. There are issues related to my position as an owner of this company and other Alfa-Group businesses. We have a large number of connections, contacts, and people, so if someone turns to me for advice or help, I always find time for them.” – German Khan

“The second set of issues involves running the company through the executive management, which consists of five people. Company management here is done in a relatively democratic manner, which has both benefits and shortcomings.” – German Khan

“Third, there are issues related to our global strategy: where the company needs to go, what it needs to do and how it needs to do it. This requires entrepreneurial skills because these are projects concerning startups, entering new regions and new products.” – German Khan

Now that you know all about German Khan’s net worth and how he achieved success; let’s take a look at some of the most vital lessons we can learn from him:

Success is a state of mind. If you want success, start thinking of yourself as a success.

2. Struggling Can Be Good

Always remember that striving and struggle precede success, even in the dictionary.

Khan believes in pure self instinct. He tries to understand what is most important at each stage and concentrates on that. Some minor issues naturally come up along the way that he mostly delegates and returns to periodically.

How much is German Khan worth?

German Khan’s net worth is estimated to be $10 Billion.

How old is German Khan?

How tall is German Khan?

German Khan is a Russian businessman who holds Russia’s biggest financial and industrial group called Alfa Group. Khan graduated from the institute in 1988. He later joined the Alfa-Eco holding company, which he controls today.

It was founded in 1991, and it has grown to be one of the largest banks in Russia.

What do you think about German Khan’s net worth? Leave a comment below.