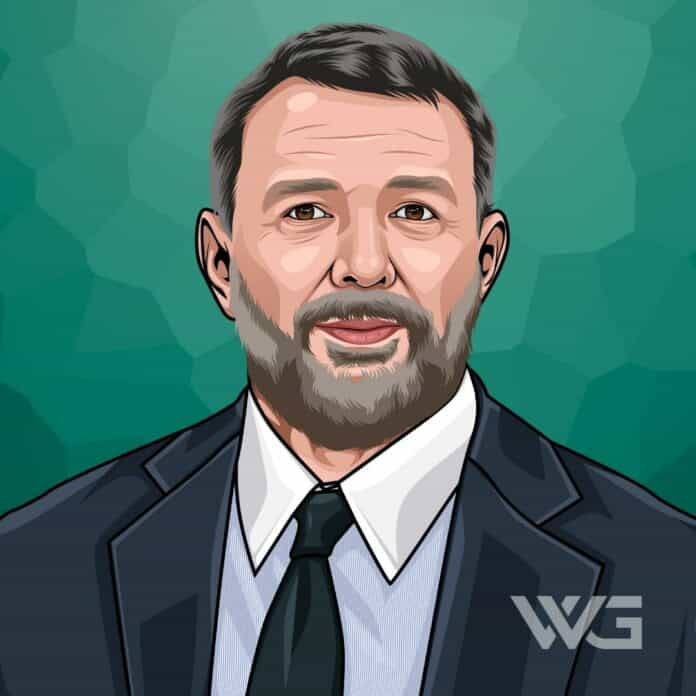 What is Guy Ritchie’s net worth?

His additional credits include the successful Sherlock Holmes movies and his work with Disney on live-action adaptations.

After being expelled from school at the age of 15, Ritchie began working on short film projects, beginning with Hard Case in 1995.

After working as a short film director for several years, Guy Ritchie broke into the mainstream and launched the career of Jason Statham with Lock, Stock, and Two Smoking Barrels.

This paved the way for collaborations with some of the richest actors in the world, with Brad Pitt joining the cast for his follow-up East End gangster movie, Snatch.

Additional crime movies came over the following years, including RocknRolla and The Gentlemen, both proving to be box office hits.

Outside the crime genre, Ritchie enjoyed additional success with his loose adaptations of Sherlock Holmes, starring Robert Downey Jr and Jude Law in the starring roles.

In 2016, Ritchie began working with Disney, directing their live-action adaptation of Aladdin starring Will Smith, and earning over $1 billion worldwide.

His films have drawn influence from directors including Quentin Tarantino and Sergio Leone, helping Ritchie earn his status as one of the most iconic directors working today.

Throughout his career, Guy Ritchie has enjoyed many box office successes, both for his work in the British crime drama genre and with mainstream blockbusters.

His salary as a film director and producer has increased in line with the scale and budget of his productions, making him one of the most bankable directors in the industry.

As one of the richest directors in the world, Guy Ritchie’s net worth has risen exponentially since he broke through into mainstream Hollywood.

His earlier career saw huge net worth growth thanks to the success of Lock, Stock, and Two Smoking Barrels, which significantly raised his profile.

With his ongoing work directing remakes for Disney ensuring more potential number-one hits, his net worth’s growth is unlikely to slow down any time soon.

Guy Ritchie made international news when he married one of the richest singers in the world, Madonna, in 2000, having a son named Rocco with the star.

Madonna filed for divorce in 2008, with the settlement reportedly granting Ritchie upwards of $50 million, including the value of their Wiltshire estate.

He maintains a strong social media presence and uses his official Instagram account to keep fans informed about his latest and upcoming projects.

Guy Ritchie has been nominated and awarded many accolades with over a dozen movies to his credit for direction and production.

A popular director at a number of film festivals around the world, he’s been recognized both as a film director and screenwriter.

Here are some examples of the awards and achievements from Guy Ritchie’s career:

How Does Guy Ritchie Spend His Money?

With his personal wealth and through his marriage to Madonna, Guy Ritchie has accumulated an impressive real estate and property portfolio.

He owns several mansions, including two in London’s Fitzrovia neighborhood, which the director converted into a single large property in 2010.

Ritchie also owns several of the most expensive cars in the world, including a Rolls-Royce Ghost, in addition to a Range Rover and other vehicles.

His career is full of many notable high points and successes, with only the occasional commercial failure marring his overall solid track record.

Here are some of the best highlights of Guy Ritchie’s career:

As Ritchie’s filmography continues to expand, there’s no doubt he’ll enjoy many more high points and successes in the future.

Guy Ritchie has been interviewed on many occasions over the years through press junkets for his movie releases and other in-depth discussions about his craft.

He has experience both as a film producer and screenwriter and has openly discussed his approach to both of these disciplines.

Here are our favorite quotes from Guy Ritchie:

Now that you know all about Guy Ritchie’s net worth let’s see how we can improve our own lives by learning from his experiences.

His unique approach to writing, working with actors, and getting diverse projects off the ground is an inspiration for anyone looking to make it in the entertainment industry.

Here are some of the best success lessons to learn from Guy Ritchie:

If you’re struggling to find success in your early 20s, take a leaf out of Ritchie’s books since he didn’t get his break until he was approaching 30.

Keep pursuing your ambitions, and you’ll hone your skills along the way, and eventually, success will come.

Whenever you start to doubt your own abilities, remember that this feeling is completely normal and something that most people experience at some point in their lives.

3. If You Want To Write, Be Proactive

Writing can be a painstaking process, but you’ll never accomplish anything if you let writer’s block take hold.

Great writers understand the importance of writing continually, even when it feels as if the content isn’t up to scratch.

That wraps up this guide to the filmography and net worth of British screenwriter, director, and film producer Guy Ritchie.

With several box office smashes to his name and an ability to hop between genres, his career will likely continue to lead to more successful movies.

We’ll update this article to make sure it reflects his latest net worth and body of work, so be sure to check back in the future.

What do you think about Guy Ritchie’s net worth? Leave a comment below.