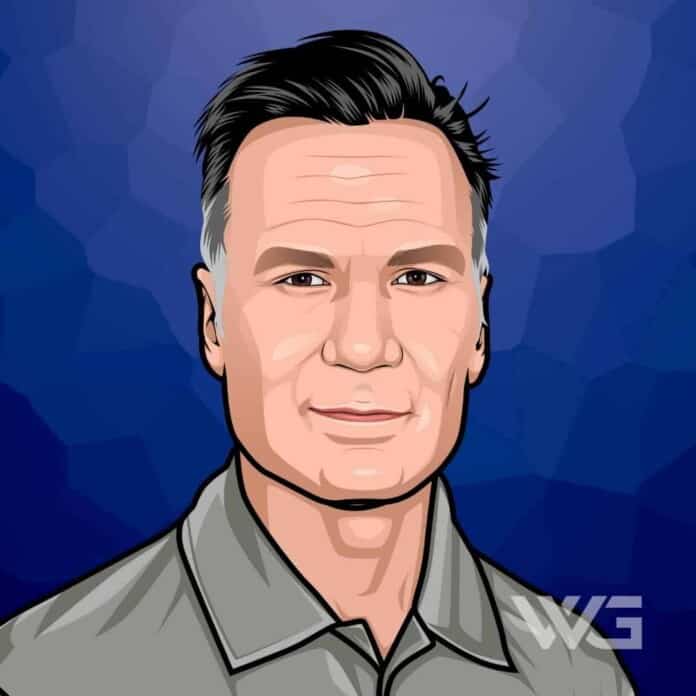 What is Jonathan Antin’s net worth?

His life as an entrepreneur and a celebrity hairstylist was the basis for the reality television series ‘Blow Out.’ Antin was the judge on the third season of ‘Shear Genius’ and has appeared on other television shows. He judged the 2007 Miss USA pageant.

Jonathan Antin was born on the 16th of August, 1967, in Beverly Hills.

His mother is an interior designer, and his father, Michael, is an artist. He is the brother of writer and producer Steve Antin and Robin Antin, the founder of The Pussycat Dolls.

As a younger boy, Antin was inspired by the movie ‘Shampoo’ to become a hairstylist. He married Sescie Karabuykov, a boutique owner, in 2006. They have a son, Asher, born about November 2005, and a daughter, Jocie, born in 2007.

Antin was a student at the Fairfax Beauty Academy and then worked at a salon in the Beverly Center in West Hollywood. He opened a salon when he was 23 years old. By 1999, he was considered one of Hollywood’s top stylists.

His clients have included Madonna, Tiger Woods, Steven Tyler, k.d. lang, Ricky Martin, and Tobey Maguire. He created a hair care line, Jonathan Product, which broke a record at QVC in 2005 for the most successful haircare launch, selling 35,000 units in one hour.

In the first season of ‘Blow Out’ followed Antin’s life in 2004. The show was not received well by the press, who were critical of his management style, hairdo, and speech patterns.

Since 2004, Antin has appeared on an episode of Bravo’s makeover show ‘Queer Eye for the Straight Guy’ in American Express television commercials, and in 2010 on the tenth season of ‘The Biggest Loser.’

How Does Jonathan Antin Spend His Money?

Jonathan Antin spends some of his money on his real estate.

Here are some of the best highlights of Jonathan Antin’s career:

“I see myself as good a stylist as there is. I don’t think there’s anyone better in the world than me. Think there might be someone as good as me but not better, and that’s because I do everything perfectly.” – Jonathan Antin

“The premiere was the highest-rated Shear Genius episode ever. I’m not saying it has everything in the world to do with me. I’m not not saying that. I don’t know and think I potentially could’ve lent some draw to the show. It’s a good show. I think it’s an easy show to relate to.” – Jonathan Antin

“Every week, something is going on. I’m getting ready to go on The Today Show. I’ve been on 4 times in the last 6 weeks, which is unheard of. I have the Oscars coming up. I’m doing George Clooney and his girlfriend for that. A lot is going on. It’s great.” – Jonathan Antin

“With Blow Out, I had the cameras around me so much, 24/7, and I just got to the point where I had had enough. I had my son obviously on Blow Out, and I had a daughter. Jonathan Product, my line of hair care, was booming and exploding worldwide.” – Jonathan Antin

Now that you know all about Jonathan Antin’s net worth and how he achieved success; let’s take a look at some of the lessons we can learn from him:

If you are prepared, you will be confident, and you will do the job.

Don’t be afraid of it, and always put your mind to reaching for success.

How much is Jonathan Antin worth?

Jonathan Antin’s net worth is estimated to be $10 Million.

How old is Jonathan Antin?

How tall is Jonathan Antin?

Jonathan Antin is an American businessman and television personality. Antin is the owner of Jonathan Salon West Hollywood and Jonathan Salon Beverly Hills. He was also the star of the reality series, ‘Blow Out.’

He is a hairstylist with multiple celebrity clients, including Madonna, Ricky Martin, and Alicia Silverstone.

What do you think about Jonathan Antin’s net worth? Leave a comment below.