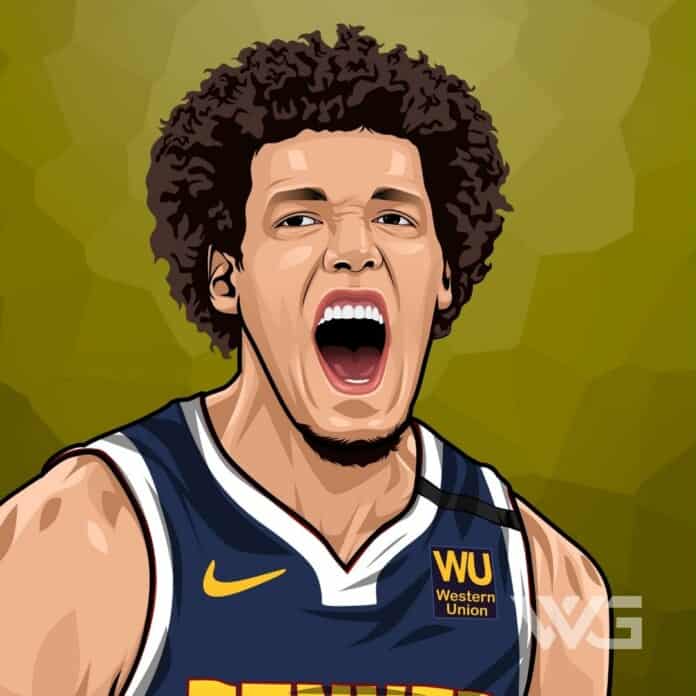 What is Aaron Gordon’s net worth?

Aaron Gordon is an American professional basketball player for the Orlando Magic of the NBA.

Gordon played one year of college basketball for the University of Arizona before being selected by the Magic with the fourth overall pick in the 2014 NBA draft.

As of December 2022, Aaron Gordon’s net worth is estimated to be $24 Million.

Aaron Addison Gordon was born on the 16th of September, 1995, in San Jose.

In 2014, Gordon was selected with the fourth overall pick in the 2014 NBA draft by the Orlando Magic. On July 2, he signed with the Magic and joined them for the 2014 NBA Summer League.

After appearing in the first 11 games of the 2014–15 season, Gordon was ruled out indefinitely on November 16 after he fractured a bone in his left foot in the Magic’s loss to the Washington Wizards the night before.

Gordon was runner-up in the Slam Dunk Contest to Derrick Jones Jr. during the 2020 NBA All-Star Weekend. They both had perfect scores in their first two dunks in the second round, forcing an overtime round.

Here are some of the best highlights of Aaron Gordon’s career:

“It’s a wrap, bro, it’s a wrap, I feel like I should have two trophies. It’s over for that. My next goal is going to try and win the three-point contest.” – Aaron Gordon

“He’s a Finals MVP, he’s doing what he’s supposed to do. That’s what they pay the man for, to come down here and be Kawhi Leonard.” – Aaron Gordon

“If were going to make this a long series, and hopefully we will, were going to need to be stronger with the ball, simple as that.” – Aaron Gordon

Now that you know all about Aaron Gordon’s net worth, and how he achieved success; let’s take a look at some of the strongest lessons we can learn from him:

It does not matter how slowly you go as long as you do not stop.

Look in the mirror. That’s your competition.

Courage is one step ahead of fear.

How much is Aaron Gordon worth?

Aaron Gordon’s net worth is estimated to be $24 Million.

How old is Aaron Gordon?

How tall is Aaron Gordon?

Aaron Gordon is an American professional basketball player who played his college basketball for the University of Arizona where he was named First-team All-Pac-12 and the Pac-12 Freshman Player of the Year.

In 2014 he was drafted #4 by the Orlando Magic and has played his entire NBA career for the Magic.

What do you think about Aaron Gordon’s net worth? Leave a comment below.

Julius Peppers earned a fortune as a linebacker, making millions by putting his body on the line and becoming very rich in the process.