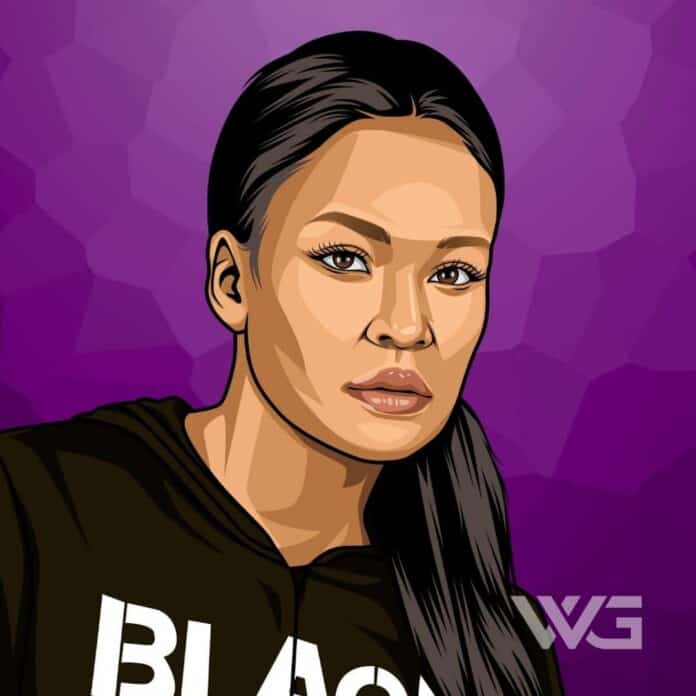 What is Beverly Bond’s net worth?

As of February 2023, Beverly Bond’s net worth is roughly $3 Million.

Beverly Bond was born on the 19th of December, 1970, in New York City. Bond was raised by her mother, Mary Burroughs. As a child, Bond lived in several homes throughout the state of Maryland.

Bond attended a different school every year of her childhood from kindergarten to tenth grade, and sometimes two schools in one year.

At the age of seventeen, Bond moved to New York to pursue a modeling career. Her first agency was Elite New Faces, where because of her 5’9 frame she was booked for jobs that were mainly for athletic brands.

Bonds signed with Wilhelmina Models and was booked for campaigns and commercials for Diesel Jeans, Guess, Nike, and Nordstroms.

In November 1999, Bond bought a set of turntables, with aspirations of using her extensive record collection to become a DJ. She started deejaying at local clubs in New York.

In 2012 Bond was honored at the ASCAP 4th Annual Women Behind the Music gathering in New York.In 2013 Bond spun at New York nightclubs and contributed regularly to Russell Simmons‘ OneWorld magazine and Essence.

Here are some of the best highlights of Beverly Bond’s career:

“I have said this before, but it bears repeating: Women are not defined by who we are in relationship to. We are valuable and powerful and entertaining because we are.” – Beverly Bond

“I’ve always loved music, but I never desired to be a DJ. I actually prepared myself to be a DJ organically. I was a record collector and was raised and groomed on many different genres and generations of music through my mom.” – Beverly Bond

“That thought pattern was up against what I was watching in the media, in the music industry in particular at the time and really the media in general. In the music industry, where we were objectified, hypersexualized, and stereotyped, and there was nothing else.” – Beverly Bond

“When we were in white spaces, we had to mask our Blackness. And when we’re in Black spaces we were divided by it, based on our hair and our skin. I think that this is something that has been passed down from generation to generation, and sometimes it’s amazing to me that it’s gotten worse than what it was or is just as prevalent.” – Beverly Bond

Now that you know all about Beverly Bond’s net worth, and how she achieved success; let’s take a look at some of the lessons we can learn from her:

1. Quality Of A Leader

The quality of a leader is reflected in the standards they set for themselves.

It’s hard to lead a cavalry charge if you think you look funny on a horse.

How much is Beverly Bond worth?

Beverly Bond’s net worth is estimated to be $3 Million.

How old is Beverly Bond?

How tall is Beverly Bond?

Beverly Bond is the founder of the organization Black Girls Rock!.

As of February 2023, Beverly Bond’s net worth is estimated to be $3 Million.

What do you think about Beverly Bond’s net worth? Leave a comment below.