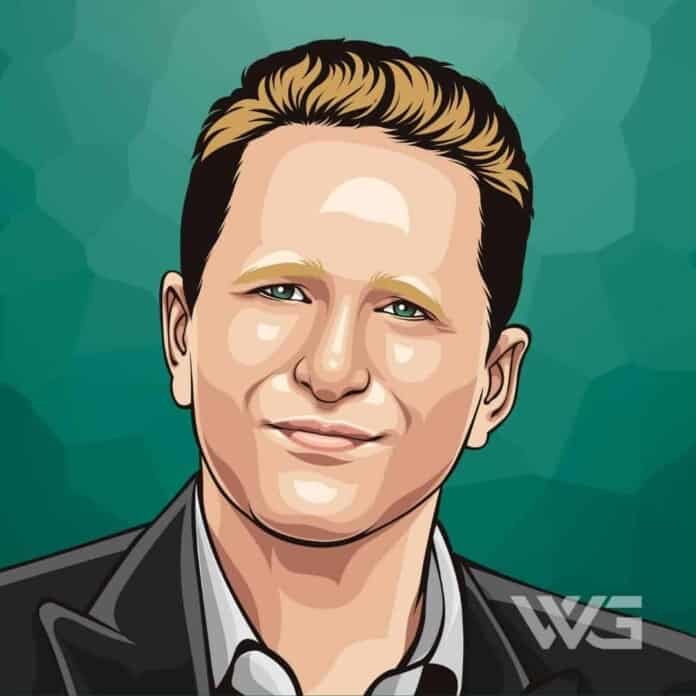 What is Michael Rapaport’s net worth?

Michael David Rapaport is an American actor and comedian from New York. Rapaport has appeared in over 60 films since the early 1990s and starred on the sitcom ‘The War at Home’.

As of December 2022, Michael Rapaport’s net worth is roughly $8 Million.

He spent most of his childhood in the Upper East Side neighborhood of Manhattan. His family has roots in Russia and Poland. They are Ashkenazi Jews.

When Rapaport was 19 years old he moved to Los Angeles, hoping to become a successful stand-up comedian. His stepfather helped him to get an opening as a comedian.

In 1990, he made his TV debut, with the series ‘China Beach’. Rapaport later played ‘Kravitz’ in the episode ‘One Small Step’. In 1999, he played ‘Gary’ in four episodes of the popular ‘NBC’ comedy series ‘Friends’.

A year later, he played a major role in the film ‘The 6th Day’, starring Arnold Schwarzenegger as ‘Adam’. The next year, Rapaport lent his voice to ‘Joey’. a raccoon, in the comedy ‘Dr. Dolittle 2’.

In 2005, Rapaport joined the cast of the American sitcom ‘The War at Home,’ in which he played the lead, ‘David Gold.’ The series narrated the story of a dysfunctional family struggling with their problems. ‘David’ was portrayed as an insensitive and cynical person.

Rapaport performed the role brilliantly and was part of the show till its end in 2007.

In 2013, Michael Rapaport played ‘Jason Mullins’ in the action-comedy movie ‘The Heat.’

In 2017, Rapaport was cast as ‘Doug Gardner’ in the ‘Netflix’ series ‘Atypical. Michael Rapaport hosts the ‘I Am Rapaport Stereo Podcast’ on the ‘CBS Local’ radio network.

As of December 2022, Michael Rapaport’s net worth is roughly $8 Million.

Here are some of the best highlights of Michael Rapaport’s career:

“I heard Q-Tip on the Jungle Brothers’ song ‘The Promo.’ It was very exciting. It was very new. The music and the culture around hip-hop were evolving. I think there’s an emotional quality to their music and there’s a vulnerability to the music. For me, A Tribe Called Quest was my Beatles.” – Michael Rapaport

“I grew up in New York City in the ’80s, and it was the epicenter of hip-hop. There was no Internet. Cable television wasn’t as broad. I would listen to the radio, hear cars pass by playing a song, or tape songs off of the radio. At that time, there was such excitement around hip-hop music.” – Michael Rapaport

“I love my kids, and the moments I have with them, and it’s kind of weird, it’s such an age-old cliche, but the way that my sons, the way they make me feel when I look at them, the way they say things, no one else would probably react to them, but it’s a special thing for me.” – Michael Rapaport

3 Lessons from Michael Rapaport About Life

Now that you know all about Michael Rapaport’s net worth, and how he achieved success; Let’s take a look at some of the most important lessons we can learn from him about life:

1. There’s a Problem in Every Relationship

In any relationship that comes to an end, there’s never just a baseline reason why. You say, ‘Oh, I broke up with my girlfriend.’ Someone says, ‘Why?’ You say, ‘Well, you got three hours? And then maybe after I tell you my version, you’ve got to talk to her.’

Only a genius can play a fool.

How much is Michael Rapaport worth?

Michael Rapaport’s net worth is estimated to be $8 Million.

How old is Michael Rapaport?

How tall is Michael Rapaport?

Michael Rapaport is an amazing actor, comedian and podcast host. He has given notable performances in more than 60 movies. He has also directed a documentary and he has his own production company.

As of December 2022, Michael Rapaport’s net worth is $8 Million.

What do you think about Michael Rapaport’s net worth? Leave a comment below.