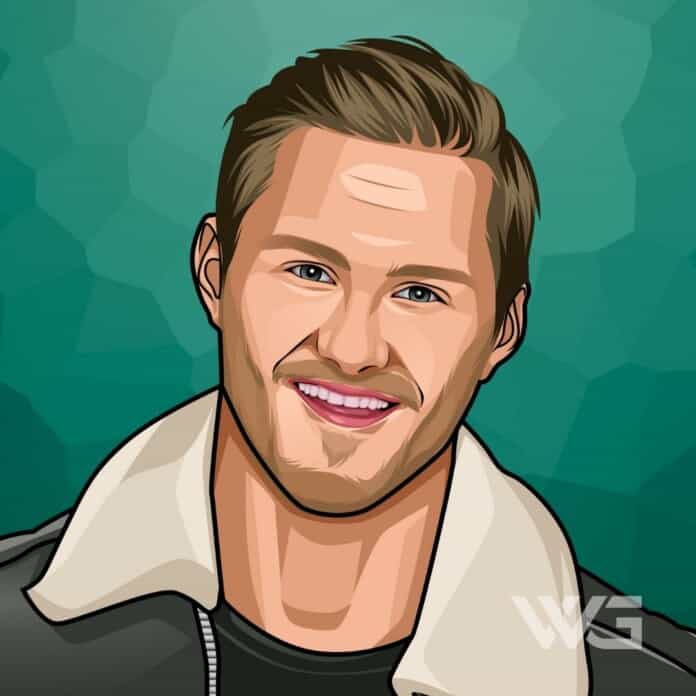 What is Alexander Ludwig’s net worth?

As of November 2022, Alexander Ludwig’s net worth is roughly $3 Million.

Alexander Ludwig is a Canadian actor, singer and model from Vancouver, Canada. His notable film credits include ‘The Seeker: The Dark Is Rising’ and ‘The Hunger Games’.

Ludwig Alexander was born on the 7th of May, 1992, in Vancouver, Canada. His parent’s names are Sharlene Martin, a former actress, and Harald Ludwig.

At the age of 9, Alexander started working in the film industry. He appeared in Harry potter commercial for a toy. Consequently, he began screening, playing small roles in the begging.

Ludwig began his career at the age of nine when he featured in a Harry Potter toy commercial, a job that enabled him to sign on with an agent and obtain more commercial work.

Later he was cast in movies such as ‘Air Bud: World Pup’, ‘MXP: Most Extreme Primate’, ‘Scary Godmother: The Revenge of Jimmy’ and ‘Eve and the Fire Horse’.

In addition to cinema, Ludwig has also worked in television. He has performed in movies made for television, such as ‘A Little Thing Called Murder’, and television series such as ‘The Dead Zone’.

In the movie adaptation of ‘The Hunger Games’, Ludwig played Cato, the fierce male tribute from District 2, the primary threat to the protagonists’ lives during the 74th Hunger Games. The film was released worldwide on March 23, 2012.

Ludwig won the award for Best Fight on 2012 MTV Movie Awards along with Jennifer Lawrence and Josh Hutcherson.

In 2013, he co-starred in the films ‘Lone Survivor’ and ‘Grown Ups 2’. The following year, he became a part of the main cast of the Popular TV series ‘Vikings’, playing the character of Björn Ironside, the son of Ragnar Lothbrok and Lagertha.

As of November 2022, Alexander Ludwig’s net worth is $3 Million.

Here are some of the best highlights of Alexander Ludwig’s career:

“I’m releasing a single. It’s called ‘Live it Up.’ It was based on my Euro trip. I only write my own music. I don’t let other people write it at all. So I’ve been working on that a lot. There are three singles coming out. The producer of The Fray who did their double-platinum album ‘How to Save a Life,’ I’m working with him. He’s producing me.” – Alexander Ludwig

“When I first started acting I was about nine years old. I had never been to audition in my life and my agent sent me out. It was just a commercial for ‘Harry Potter.’ That was the first thing I ever went out for and I got the ‘Harry Potter’ commercial which was really cool, but I didn’t play Harry Potter.” – Alexander Ludwig

“Everyone in Hollywood wanted a role in this movie. Everyone wanted to have a part in it. I feel so lucky that I got one, but what I find so cool about ‘Hunger Games’ is that the real star is the story itself.” – Alexander Ludwig

“I don’t really have time to watch too much, but I like ‘Family Guy’ and ‘Entourage.’ I’m also obsessed with the YouTube series ‘Balls of Steel.’ It’s hilarious.” – Alexander Ludwig

“I am always working out, whether I am on vacation or at home. When in La Jolla, I like to surf, play tennis, and golf – but surfing is definitely my favorite.” – Alexander Ludwig

Now that you know all about Alexander Ludwig’s net worth, and how he achieved success; let’s take a look at some of the lessons we can learn from him:

Engage in acts of kindness as often as possible. Giving is the greatest reward for your soul. Whether a helping hand or taking 5 minutes to stop for a chat, kindness is a gift that can breathe happiness and positivity into all of our lives.

Allow yourself to accept change and evolve with its inevitability. If you don’t, you will always rue the past and fear the future.

Life is too short to spend it living out the expectations of others. This is your journey. Make it your story.

How much is Alexander Ludwig worth?

Alexander Ludwig’s net worth is estimated to be $3 Million.

How old is Alexander Ludwig?

How tall is Alexander Ludwig?

Alexander Ludwig is a Canadian actor, singer, and model who has starred in movies such as ‘The Hunger Games’, ‘The Grown Ups 2’, ‘Lone Survivor’, and ‘When the Game Stands Tall’. He was also nominated for a Razzie Award for Worst Screen Combo for Grown Ups 2 in 2014.

As of November 2022, Alexander Ludwig’s net worth is approximately $3 Million.

What do you think about Alexander Ludwig’s net worth? Leave a comment below.