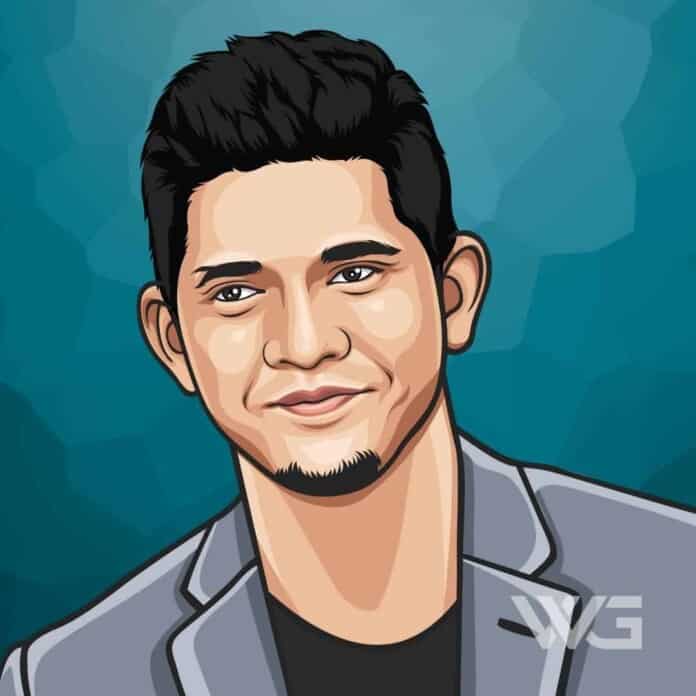 What is Iko Uwais’ net worth?

Iko Uwais was born on the 12th of February, 1983, in Jakarta, Indonesia, and is the son of Maisyaroh and Mustapha Kamaluddin.

His grandfather, H. Achmad Bunawar, was a silat master and founded a silat school.

In 2007, Uwais was discovered by director Gareth Evans, who was filming a documentary about silat in Uwais’s training hall. Uwais’s natural charisma and great camera presence encouraged Evans to cast him as the leading role for his first martial art movie, ‘Merantau’.

In his first acting experience in Merantau, Uwais played the role of a young Minang (West-Sumatran), which led him to learn the Minang style of silat harimau (tiger style) from Master Edwel Datuk Rajo Gampo Alam. Merantau was released in Indonesia on 6 August 2009.

Uwais’s second collaboration with Gareth Evans was ‘The Raid’, which began filming in mid-March 2011 and was released in mid-2012.

He collaborated on a third movie with Evans, ‘The Raid 2’. Uwais also appeared briefly in Star Wars: The Force Awakens in 2015, alongside The Raid 2 co-star Yayan Ruhian. In 2016, he appeared in the martial arts film ‘Headshot’, which received generally positive reviews.

In 2019, Uwais starred in the action-comedy film ‘Stuber’ alongside Kumail Nanjiani and Dave Bautista.

Here are some of the best highlights of Iko Uwais’ career:

“It’s flattering, you know. To be able to work with such talented and big names on this project is like a dream come true for me. I mean, all of this had never been an ambition for me, so it’s beyond my expectation.” – Iko Uwais

“Yes (Laughs)… He called me at 4 AM in Jakarta saying he wanted to bring me to Los Angeles to talk about a project called Mile 22. And I immediately said yes! He told me that he saw me in The Raid; that he liked what he saw, and that he wanted to make something with me. Which was a compliment, considering Peter Berg is not your usual martial arts film director.” – Iko Uwais

“It was a humbling experience. Honestly, I was kind of starstruck when I first met Mark. But he was a funny guy and really easy to work with. And that guy can do anything. He can fight, he acts beautifully, and he works hard.” – Iko Uwais

“My first experience with Ronda was watching her on a TV screen, seeing her fight in the MMA. She seemed like a tough and scary person every time I would watch her. But to my surprise, she was very friendly and humble when I met her in person.” – Iko Uwais

“One of the best things about working with Pete is that he trusted me and gave me the freedom to do my own fight choreography. We would discuss what he wanted to achieve in a particular fight scene.” – Iko Uwais

Now that you know all about Iko Uwais net worth, and how he achieved success; let’s take a look at some of the lessons we can learn from him:

Accept responsibility for your life. Know that it is you who will get you where you want to go, no one else.

Life’s trials will test you, and shape you, but don’t let them change who you are.

We are happy when people/things conform and unhappy when they don’t. People and events don’t disappoint us, our models of reality do. It is our model of reality that determines our happiness or disappointments.

How much is Iko Uwais worth?

Iko Uwais’ net worth is estimated to be $4 Million.

How old is Iko Uwais?

How tall is Iko Uwais?

Iko Uwais is an Indonesian actor who has starred in movies such as ‘Merantau’, ‘The Raid’, ‘Man of Tai Chi’, ‘The Raid 2: Berandal’, ‘Star Wars: The Force Awakens’, and ‘Headshot’.

What do you think about Iko Uwais’ net worth? Leave a comment below.

Lee Shau-kee is a Hong Kong-based business magnate who has earned billions as the majority shareholder of Henderson Land Development.