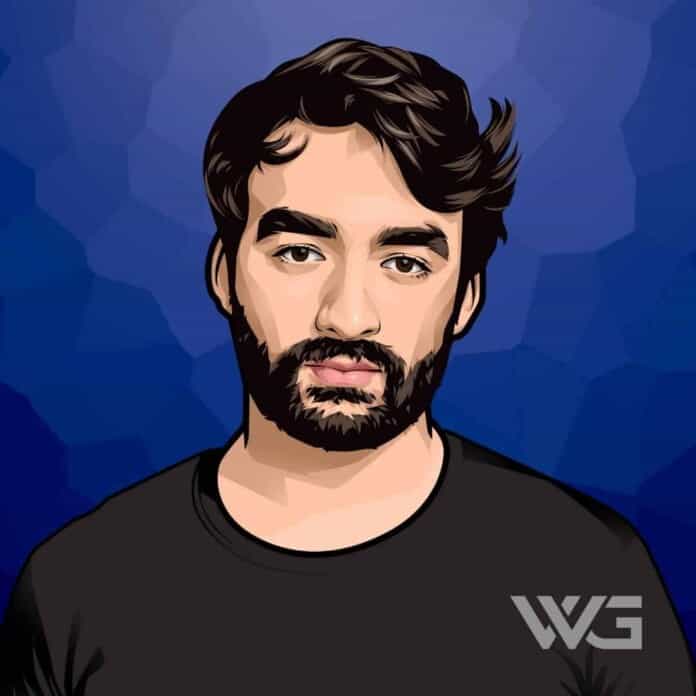 What is Oliver Heldens’ net worth?

Oliver Heldens is a Dutch DJ and electronic music producer from Rotterdam.

Heldens is regarded as a pioneer of the future house genre propelling it to international attention and chart successes, including ‘Gecko (Overdrive),’ ‘Last All Night (Koala),’ ‘The Right Song,’ ‘Fire in My Soul’ and ‘Turn Me On.’

Olivier J. L. Heldens was born on the 1st of February, 1995, in Rotterdam, Netherlands.

He began his professional music career when he signed to Spinnin’ Records in 2013.

Heldens began his professional music career when he signed to Spinnin’ Records in 2013. His first releases included the songs “Stinger” and “Thumper,” which feature DJ Jacob Van Hage.

Heldens began his career with a handful of singles on the CR2 label in early 2013.

2013 was a pivotal year for Heldens and saw him remix Martin Garrix’s smash hit “Animals” as well as release two singles for Spinnin’ Records’ Stinger’ and ‘Thumper.’

In the meantime, significant DJs and producers picked up’ Gecko,’ including Pete Tong, who named the track his ‘Essential New Tune’ in January 2014. It also led to Tiësto releasing the track on his Musical Freedom label.

At the end of the year, Heldens had another Top Five hit in the U.K. with ‘Last Night (Koala)’ featuring KStewart. Heldens ranked at number 34 on DJ Mag’s Top 100 DJs of 2014 survey, and following his Essential Mix on BBC Radio 1, Tong named Heldens “one of the breakthrough producers of the year.”

In 2015, Heldens launched his Heldeep Records label with the single ‘Renegade Mastah’ by HI-LO, later revealed to be a new Heldens project.

Heldens released the single ‘Ibiza 77’ in 2017. The following year, he signed to RCA Records. His single ‘Fire in My Soul’ featured vocals from singer Shungduzo and was co-produced with Oak Felder.

Here are some of the best highlights of Oliver Heldens’ career:

“Yeah, it’s been crazy, so basically, I was making music since I was 12, and then about 15-16, I stepped it up in my head, and then I started to get really dedicated. I mean, I was 16, my musical taste was still in its development. So when I was 16, I was making so many different kinds of music, and then at the end of 2012, I got really inspired by the UK deep house scene, like Julio Bashmore, Disclosure, Shadow Child.” – Oliver Heldens

“So, last year I did 200 shows, that’s a lot, and all the shows are all around the world, and every week I do the Heldeep radio show. But, actually, nowadays it’s easier because I get all the good demos from all the good labels and all the artists send me their tracks.” – Oliver Heldens

“For example, I plan in blocks at home, like one or two weeks, but when I’m home for two weeks, I’m not like in the studio until late at night. For me, I make music when I feel like it, and for me, that’s ideal. When I tour, I make a lot of music because I get inspiration on tour.” – Oliver Heldens

Now that you know all about Oliver Heldens’ net worth and how he achieved success; let’s take a look at some of the strongest lessons we can learn from him:

Determine what motivates you, and you can find your path to love, happiness, and influence, and that which you seek to make your life complete.

2. You’re Stronger Than You Think

You are always stronger and more resourceful than you give yourself credit for.

3. How We Look At Things

Everyone has the potential to live a fulfilling life. The difference lies in how we look at things.

How much is Oliver Heldens worth?

Oliver Heldens’ net worth is estimated to be $2 Million.

How old is Oliver Heldens?

How tall is Oliver Heldens?

Oliver Heldens is regarded as one of the primary figures of the future house scene of the 2010s.

While he incorporates elements of numerous styles of dance music, including techno and breakbeat house, his most well-known tracks, including the 2014 U.K. chart-topper ‘Gecko (Overdrive),’ combine deep house with big room and progressive house.

What do you think about Oliver Heldens’ net worth? Leave a comment below.