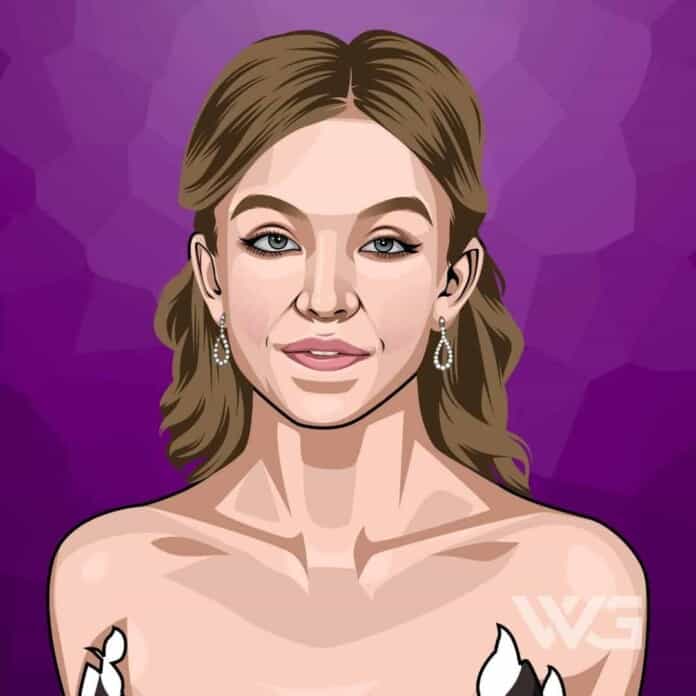 What is Sydney Sweeney’s net worth?

As of December 2022, Sydney Sweeney’s net worth is estimated to be $5 Million.

Sydney Sweeney is an American actress from Washington.

Sweeney has appeared in the Netflix series ‘Everything Sucks!’ and has taken on recurring roles in the Hulu series ‘The Handmaid’s Tale’ and the HBO miniseries ‘Sharp Objects’. In 2019, she began starring in the HBO teen drama series ‘Euphoria’.

Sydney Sweeney was born on the 12th of September, 1997, in Washington. She has a younger brother named Trent. Her mother is a lawyer and her father is in the medical field.

Sweeney gained an interest in acting after wanting to audition for a role in an indie movie that had come to her town. In order to convince her parents, she presented them with a five-year business plan.

Sweeney stepped into the world of showbiz as an actress in 2009. That year on October 12, she featured as Little Girl in episode 4 of Season 4 of the NBC aired American science fiction television drama series ‘Heroes’ titled ‘Hysterical Blindness.’

In June 2018, it was announced that Sweeney would be starring alongside Zendaya in the HBO series ‘Euphoria’ as Cassie Howard. The series premiered on June 16, 2019.

The same year, it was announced that Sweeney would be starring in Quentin Tarantino’s film ‘Once Upon a Time in Hollywood’. The film was released in the United States on July 26, 2019.

Here are some of the best highlights of Sydney Sweeney’s career:

“Every single character and every single person in real life can all be 16 or 17 years old and maybe live in the same town and go to the same school, but every single girl is experiencing and living a different life. I think that, on the outside, it may seem like there’s a lot of similarities, but there’s also a lot of differences as well.” – Sydney Sweeney

“On ‘Euphoria,’ it’s so fun because we’re all the same age, so being able to hang out and go out together and go to different events together has been so fun compared to always being the youngest on set, which was really fun, but it’s like, you’re going to go home to your husband or wife, and I’m going to go home to my dog.” – Sydney Sweeney

“Working with Amy Adams was amazing. I’ve always looked up to her as an actor and as a role model, so being able to be on set with her was completely beyond anything I could ever imagine.” – Sydney Sweeney

Now that you know all about Sydney Sweeney’s net worth, and how she achieved success; let’s take a look at some of the lessons we can learn from her:

Life works this way – when you become successful, everyone begins to admire you, while before you attain success everyone will try to put their foot on your path so you would trip and fall down. Only one or two clever people might be able to spot you.

Self-love is more important than any love. If you don’t love yourself.It becomes difficult for your partner to love you too.

If you’re not changing forwards, you’re changing backward because we are always changing.

How much is Sydney Sweeney worth?

Sydney Sweeney’s net worth is estimated to be $5 Million.

How old is Sydney Sweeney?

How tall is Sydney Sweeney?

Sydney Sweeney is an American actress best recognized for portraying Emaline Addario in the web television series ‘Everything Sucks!’ and Haley Caren in web series ‘In The Vault.’

As of December 2022, Sydney Sweeney’s net worth is roughly $5 Million.

What do you think about Sydney Sweeney’s net worth? Leave a comment below.