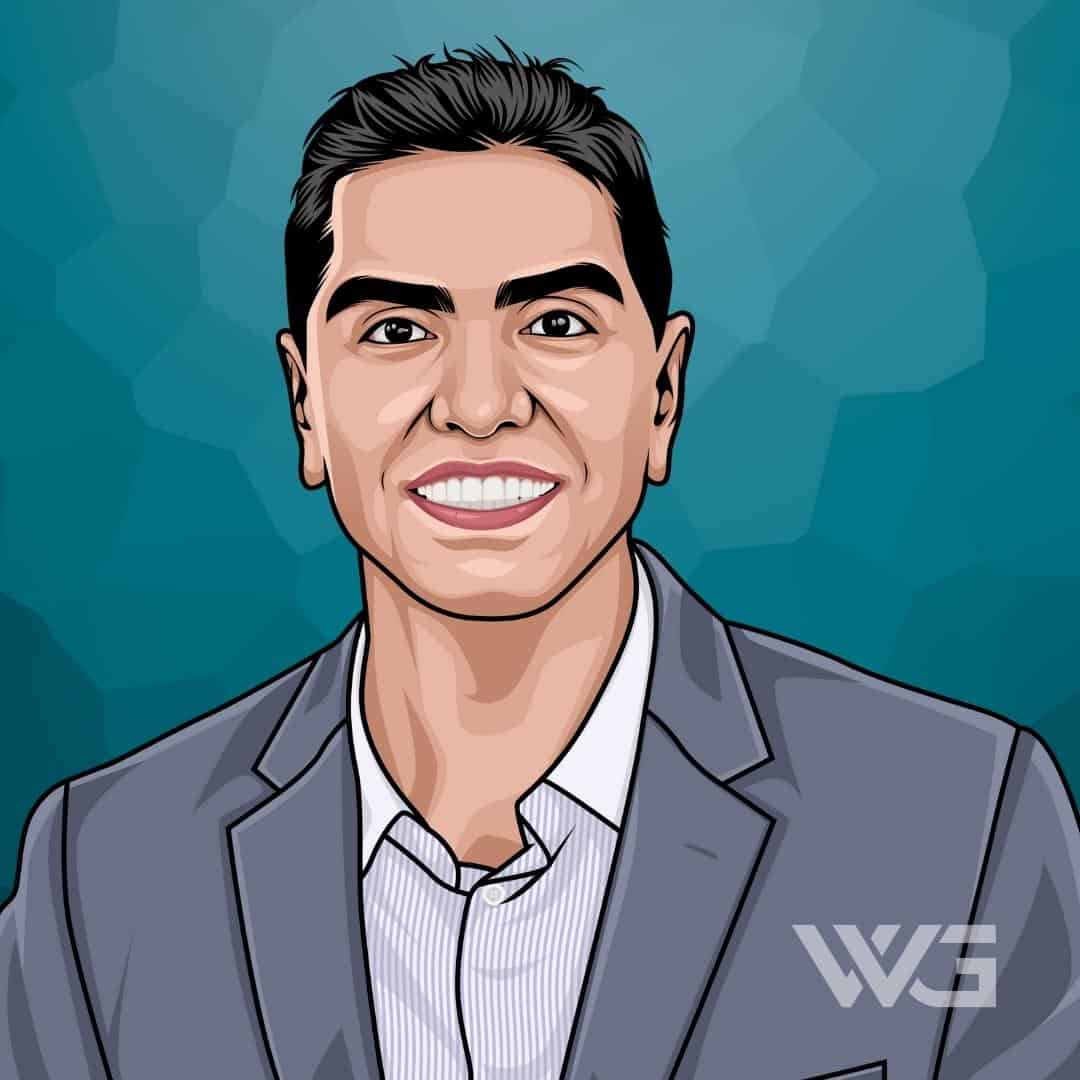 What is Eddie Piolin Sotelo’s net worth?

Amongst his fans, Eddie Piolin Sotelo goes by the nicknames “papuchon”, meaning big daddy, “Tweety Bird”, and “The Howard Stern of Spanish Radio”.

He is an incredibly successful radio host and voice performer for children’s animations. His radio show is mainly directed to a Spanish-speaking audience where he has political discussions and also jokes with his audience.

His radio show is syndicated to over 50 stations nationwide. You may recognize his voice from children’s animations such as “Ice Age: Continental Drift”, “The Muppets” and “Beverly Hills Chihuahua”.

As of December 2022, Eddie Piolin Sotelo’s net worth is estimated to be $25 Million.

He acquired the nickname “Tweety Bird” from a young age due to his constant chatter. There isn’t much available to the media about his childhood before he crossed the border into the USA at the age of 16.

On arriving in America, he started washing cars to make a living and set about making contacts to establish himself.

His career started in 2003 when Eddie hosted his radio show, Piolin Por La Manana. It was a morning show that aired on KSCA-FM in Los Angeles, but over time, syndicated to over 50 stations nationwide.

During the 10-year run of the show, Eddie would joke around with prank phone calls and would use his voice talents to create lovable characters.

Despite the practical jokes, his show had a serious side where he would discuss politics and, specifically, immigration reform.

Eddie was able to speak about immigration topics from personal experience and would share stories about his life as an illegal immigrant. He interviewed many important figures, including Barack Obama, and finally became an American citizen in 2008.

From 2008 to 2013, Eddie voiced characters for children’s animations such as “Beverley Hill Chihuahua”, “Marmaduke”, “Ice Age: Continental Drift”, “The Muppets” and “Free Birds”.

He has performed alongside celebrities like Drake, Nicki Minaj, Ray Romano, Emma Stone, Owen Wilson, and many more.

His radio show came to an end when Univision Radio canceled it due to sexual harassment allegations. Eddie vehemently denied the allegations that he sexually harassed the writer/ producer of the show, Alberto “Beto” Cortez.

In 2013, he decided to create another radio show, “El Show de Piolin” through Entravision on SiriusXM’s Piolin Radio channel 147. While moving on from his previous show, he was going through some tough legal issues and claimed he was being extorted.

During the same year, he filed a lawsuit against six of his former staff members for trying to extort him for $4.9 million. The court dismissed the case as they described it as a “publicity stunt lawsuit”.

He has appeared in more animations since the setback in 2013 and, for all we know, may soon make a reappearance in sequels of our favorite childhood movies.

Little could Eddie know where his life would lead him when he set foot on American soil.

With a dream of making it big in the USA, he set out to make the dream come true and earn a fortune at the same time.

Eddie is an extremely talented and dedicated individual who has overcome massive odds to achieve success. He will no doubt continue to draw a massive salary as long as he keeps entertaining his many fans.

Sotelo arrived in the USA with nothing and, in a short period, was able to establish himself as a popular radio personality.

It wasn’t long before he was able to turn his fame into a fortune and set himself up for life.

Here’s a breakdown of Eddie Piolin Sotelo’s annual net worth:

With many years of broadcasting ahead, Eddie will no doubt keep increasing his wealth, especially given his propensity for investing in prime real estate.

Eddie doesn’t share much about his personal affairs as he prefers to keep his life private and away from the media.

What we do know is he has a wife named Maria Luisa Sotelo. He was seen with his son at the premiere of Lionsgate and Pantelion Film’s “Overboard”, at the Regency Village Theatre in 2018.

He has a flair for the dramatic and loves to drive some of the most expensive cars in the world, although it is not certain which models he actually owns.

The fact that Eddie managed to survive the arduous trek across the Mexican/American border and then became a celebrity is a massive achievement in itself.

Here are some of the more memorable moments from Eddie Piolin Sotelo’s career:

Following his success on radio and in film, Eddie has continued to come up with new and interesting plans to keep his fans coming back for more.

How Does Eddie Piolin Sotelo Spend His Money?

Eddie has made many investments in real estate, purchasing a home in Calabasas, California for $5.9 million. He rented his home from time to time to the famous rapper Tyga who, unfortunately, fell behind on the rent.

He sued Tyga but the two made up and the matter was eventually settled out of court. Sotelo then decided to sell the house soon after for $6.7 million to Anthony Tiffith.

Eddie bought a new home in Calabasas for $4.62 million in 2018 and, as far as we can ascertain, still owns it.

Eddie’s career has been on an upward trajectory since he first went on air.

His audience immediately took a liking to his quirky behavior and insightful discussions, ensuring that his shows stayed at the top of the radio rankings.

Here are some of the best highlights of Eddie Piolin Sotelo’s career:

Eddie raised his profile by being funny and entertaining on the radio, but at the same time, having a serious side to his discussions as well.

He managed to use this to his advantage and successfully transitioned to film and television work.

As a radio show host, Eddie has a quick wit and is never at a loss for something to say.

Using his platform as a popular radio show celebrity, he has been able to influence his fans to vote and think more deeply about current political issues.

Here are our favorite quotes from Eddie Piolin Sotelo:

Eddie’s tenacity and never-give-up attitude is an inspiration to many, especially those wanting to make a future for themselves in America.

He proved it could be done and goes out of his way to raise awareness of immigration issues whenever he can.

Once Eddie arrived in America, he did not skip a beat, working hard towards a better life. He believes that hard work will allow anyone to achieve their wildest dreams.

2. Fight For What You Believe In

Eddie became an important figure for immigration rights supporters as he had personally experienced many setbacks as an illegal immigrant. He now focuses on trying to fight for his audience and his beliefs.

3. Use Your Influence For Good

He had interviews with President Barack Obama’s wife Michelle and used the opportunity to try and help influence policy for other immigrants.

Starting as an immigrant washing cars, Eddie proved that if you work hard and fight for what you believe in, you can also succeed. He became an important figure for Latina people everywhere, hoping for a better life across the border.

Known as “The Howard Stern” of Spanish radio and earning himself a 9.9 rating, Eddie continues to fight for immigration rights while living a dream life with his family.

As of December 2022, Eddie Piolin Sotelo’s net worth is estimated to be $25 Million.

What do you think about Eddie Piolin Sotelo’s net worth? Leave a comment below.