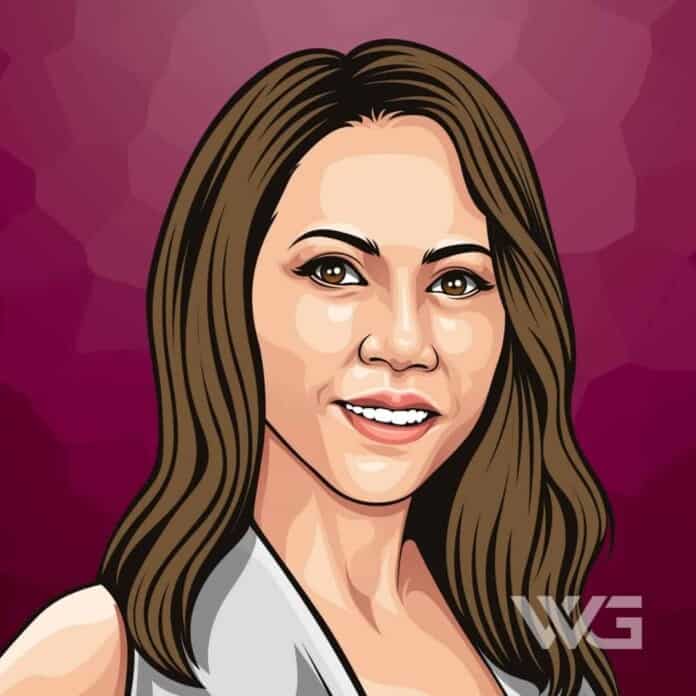 What is Elizabeth Rodriguez’s net worth?

Elizabeth Rodriguez is a Puerto Rican actress from Manhatten. Rodriguez is best known for her role as Aleida Diaz in the Netflix comedy-drama series, ‘Orange Is the New Black’.

As of February 2023, Elizabeth Rodriguez’s net worth is roughly $3 Million.

Elizabeth Rodriguez was born on the 27th of December, 1980, in Manhattan, New York City. She went to Brandeis High School and Lehman College in the Bronx.

While Elizabeth Rodriguez was still enrolled at the studio, she started acting in both films and TV shows. Her first onscreen appearance came in 1991 in ‘Bedhead’, a comedy short directed by Robert Rodriguez. She played Consuela in the 1994 movie ‘Fresh’, which also stars Sean Nelson, Giancarlo Esposito, and Samuel L. Jackson.

Between 1994 and 2009, she appeared in three episodes of ‘Law & Order’, portraying three different characters. She has also guest-starred in a 2012 episode of ‘Law & Order: Special Victims Unit’.

Rodriguez bagged the role of Aleida Diaz in the Netflix series ‘Orange Is the New Black’. She garnered positive reviews for her performance and was nominated for four Screen Actors Guild Awards for Outstanding Performance by an Ensemble in a Comedy Series, winning three (2014, 2015, and 2016).

Rodriguez was part of the main cast of AMC’s ‘Fear the Walking Dead’ as Liza Ortiz in its first season and guest-starred in an episode of the second season.

As of February 2023, Elizabeth Rodriguez’s net worth is $3 Million.

Here are some of the best highlights of Elizabeth Rodriguez career:

“I know that for me, whenever I’m in a situation where there’s death or sickness, my personality is to come in and do whatever I can to ease anything I can, in terms of offering to take care of things. Cooking, organizing, things like that.” – Elizabeth Rodriguez

“I’m not an immigrant – I was born and raised in New York. My parents are Puerto Rican, and Puerto Rico is a part of the U.S., for the people that don’t know. So my whole life, I’ve identified as an American. There are times when I’ve gone to Puerto Rico, and there, I’m seen as an American cousin.” – Elizabeth Rodriguez

“Parts of you die with every decision you have to make. It becomes about making decisions between bad decisions and worse decisions.” – Elizabeth Rodriguez

We all have them, those parts of us that are the greatest parts of us and the worst parts of us. Sometimes we’re put in circumstances and bad choices are made.” – Elizabeth Rodriguez

Now that you know all about Elizabeth Rodriguez’s net worth, and how she achieved success; let’s take a look at some of the best lessons we can learn from her:

Sometimes you’re trying so hard to get your life together and still, it’s not enough, everything is falling apart. What to do, you’re asking. Just keep going through hell for yourself, not for everyone else.

2. Life Is The Best Gift

There is no wealth but life.

Be a good listener, don’t judge, and don’t put boundaries on someone else’s grief.

How much is Elizabeth Rodriguez worth?

Elizabeth Rodriguez’s net worth is estimated to be $3 Million.

How old is Elizabeth Rodriguez?

Elizabeth Rodriguez was born on December 27, 1980, and is currently 42 years old.

How tall is Elizabeth Rodriguez?

Elizabeth Rodriguez is an actress from America who has garnered fame for portraying Aleida Diaz in the Netflix comedy-drama series ‘Orange Is the New Black’ and Gabriela Lopez in the 2017 superhero film ‘Logan’. She is also known for her extensive theatre work.

As of February 2023, Elizabeth Rodriguez’s net worth is roughly $3 Million.

What do you think about Elizabeth Rodriguez’s net worth? Leave a comment below.

Introduction In , Hiroshi Mikitani's net worth is estimated at...