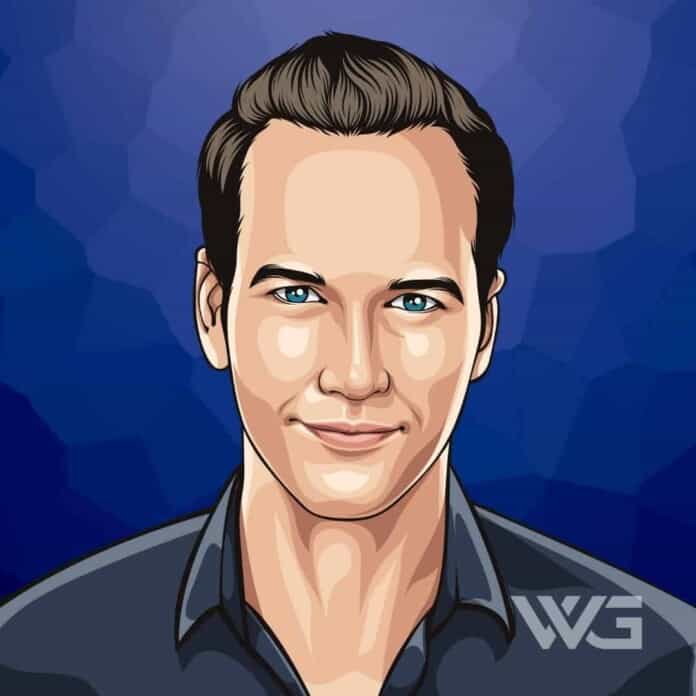 What is Patrick Wilson’s net worth?

As of November 2022, Patrick Wilson’s net worth is estimated to be $7 Million.

Patrick Joseph Wilson is an American actor and singer from Norfolk, Virginia. Wilson is a two-time Tony Award nominee for his roles in ‘The Full Monty’ and ‘Oklahoma!’.

In 2003, he co-starred in the acclaimed HBO miniseries ‘Angels in America’ for which he was nominated for the Golden Globe Award and Primetime Emmy Award for.

Patrick Joseph Wilson was born on the 3rd of July, 1973, in Norfolk, Virginia. Wilson is the son of Mary Kay and John Franklin Wilson.

Wilson’s oldest brother, Paul, works as an advertising executive, and his other brother, Mark, took over their father’s role as a news anchor for WTVT. He grew up in St. Petersburg, Florida, and attended Shorecrest Preparatory School.

Wilson began his acting career in 2006 when he starred as Brad Adamson in Todd Field’s ‘Little Children’. Also in 2006, he appeared in the Golden Globe Award-nominated ‘Running With Scissors’ as Michael Shephard, which was directed by Ryan Murphy and produced by Brad Pitt.

In 2010, he sang “God Bless America” during the seventh-inning stretch of Game 4 of the American League Championship Series between the Texas Rangers and the New York Yankees.

Wilson played the primary antagonist Lynch in 2010s The A-Team and co-starred with Rose Byrne in James Wan’s horror film ‘Insidious’. He returned for the latter film’s sequel, Insidious: Chapter 2, which was released in 2013.

The same year, he portrayed Ed Warren alongside Vera Farmiga in the horror movie ‘The Conjuring’. The film was critically acclaimed, becoming one of the highest-grossing horror films of all time.

In 2018, Wilson co-starred in Jaume Collet-Serra’s action thriller ‘The Commuter’, reuniting with The Conjuring co-star Farmiga, and portraying a trusted friend of Liam Neeson‘s character.

Here are some of the best highlights of Patrick Wilson’s career:

“You have your vision and you need to be focused, but you have to listen. I never felt a sense that the wheels were going to come off because we’re all friends and family. It was all good.” – Patrick Wilson

“I didn’t win prom king. By that point, I’d quit sports except for soccer, so I was really just a theater guy. I totally lost to the captain of the football team.” – Patrick Wilson

“I grew up around media so for me I’ve always been interested in that topic, whether it’s a complete satire or a documentary. I love anything that touches on the state of information versus entertainment and what’s newsworthy and what’s not.” – Patrick Wilson

“I try to shave at night so my skin has a chance to settle by the early morning call-time.” – Patrick Wilson

“I’ve always had good relationships with directors. I’m one of those people where, if there’s a good idea coming from the sound guy, I’ll take it. Filmmaking is a collaborative effort, whether it’s a first-time director or it’s Mike Nichols. I think that’s the standard that the great ones set.” – Patrick Wilson

Now that you know all about Patrick Wilson’s net worth, and how he achieved success; let’s take a look at some of the lessons we can learn from him:

Older, wiser, better. You might not require their opinion or input at the time, but store it up. It will come to your aid at a time of need. They have been there and done it all before. They know what they are talking about!

It is ok to not be able to do everything. There will be some parts of the startup you just cannot get your head around. Don’t get hung up on this. Try your hand at whatever you are comfortable and motivated to do, and if you can’t get it down, get some assistance. It is impossible to be good at everything.

3. It is Very Important to Become Adaptable

You need this because every day you will find yourself in a different situation, or environment, that requires you to step out of your comfort zone and confront it head-on. If you can make adaptability a trait of yours, you have every chance of success in this crazy startup life.

How much is Patrick Wilson worth?

Patrick Wilson’s net worth is estimated to be $7 Million.

How old is Patrick Wilson?

How tall is Patrick Wilson?

Patrick Wilson has starred in movies such as ‘Watchmen’, ‘Insidious’, and ‘The Conjuring’. He has worked with some of the best actors in the industry and he is known for being a very talented actor.

As of November 2022, Patrick Wilson’s net worth is estimated to be $7 Million.

What do you think about Patrick Wilson’s net worth? Leave a comment below.