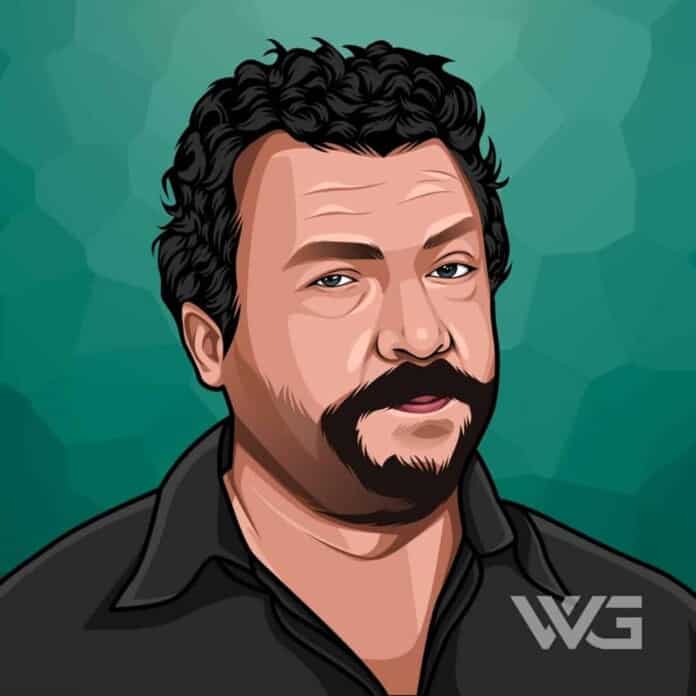 What is Danny McBride’s net worth?

As of December 2022, Danny McBride’s net worth is roughly $25 Million.

Danny McBride is an American actor, comedian, and writer from Georgia.

He starred in the HBO television series ‘Eastbound & Down’, ‘Vice Principals’, and ‘The Righteous Gemstones’, the first two which he co-created with frequent collaborator Jody Hill.

Daniel Richard McBride was born on the 29th of December, 1976, in Statesboro, Georgia. His mother, Kathy Rudy, and his stepfather both work at the US marine base, Quantico, VA, as civilian support.

He was raised in Spotsylvania County, Virginia, where he graduated from Courtland High School and attended the University of North Carolina School of the Arts in Winston-Salem, North Carolina.

In 2006, McBride played Fred Simmons in the low-budget comedy film ‘The Foot Fist Way’, which he co-wrote with collaborators Jody Hill and Ben Best.

He received an offer to play professional baseball for the Pensacola Pelicans in 2009, a minor league team in the American Association of Independent Professional Baseball.

In 2010, he signed an endorsement deal with K-Swiss shoes and played the eponymous roadie in the Tenacious D music video for “Roadie” in 2012.

In January 2018, two trailers were released online for what was supposedly a Crocodile Dundee sequel, titled ‘Dundee: The Son of a Legend Returns Home’. The film was said to star McBride as Brian Dundee, the son of the original Crocodile Dundee.

In late 2018, HBO ordered ‘The Righteous Gemstones’, a new show from McBride and his Rough House Pictures label, straight to series.

The show, a comedy, is centered on a world-famous televangelist family with a long tradition of deviance, greed and charitable work.

Here are some of the best highlights of Danny McBride’s career:

“The one thing about being a parent is the ability to be selfless: To give up the things you want and need for the benefit of someone else.” – Danny McBride

“I went to film school so I have a writing and directing background, and I think a lot of the material I’m interested in writing and getting out there is stories about anti-heroes and people you should just not ordinarily root for – trying to figure out a way of appealing to people they wouldn’t normally appeal to.” – Danny McBride

“So I just came out here to Los Angeles with a bunch of buddies I had gone to film school with. You know, for better or worse, we just tried to slug it out here.” – Danny McBride

“When I met David Green at film school he always used to offer free haircuts – he was kind of an artisan. In a lot of our films, he’s constantly trying to give me weird looks.” – Danny McBride

“In my gym class, we had something called The Pit, this little alcove where we had to sit if we forgot our gym clothes. It was usually just the crippled kid, the pregnant girl, and me. It was pretty awkward, just hanging with all these freaks who didn’t want to show their legs.” – Danny McBride

Now that you know all about Danny McBride’s net worth, and how he achieved success; let’s take a look at some of the best lessons we can learn from him:

Knowing this, you can choose to bear the marks of the passage of time on your body with dignity and grace.

2. Give a Second Chance

Think back on your own life. Other people may have also given you breaks twice, thrice, or even four times. Do not deny others the chance to prove themselves to you after failing the first time.

3. Life Will Hit You Hard

Having the ability to endure no matter what challenges are thrown your way is the key to winning in life.

How much is Danny McBride worth?

Danny McBride’s net worth is estimated to be $25 Million.

How old is Danny McBride?

How tall is Danny McBride?

Danny McBride is a multi-talented American television and movie writer, director and producer. He is most famous today for his role on the HBO comedy series “Eastbound and Down” which debuted in 2009.

As of December 2022, Danny McBride’s net worth is estimated to be roughly $25 Million.

What do you think about Danny McBride’s net worth? Leave a comment below.