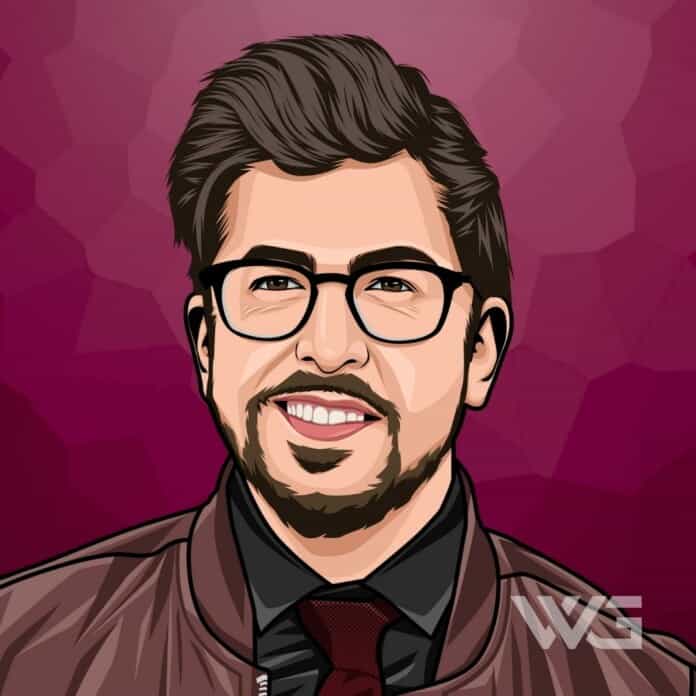 What is Christopher Mintz-Plasse’s net worth?

As of January 2023, Christopher Mintz-Plasse’s net worth is estimated to be $8 Million.

Christopher Mintz-Plasse is an American actor, comedian, and musician who has performed roles such as McLovin in ‘Superbad’, ‘Role Models’, ‘Kick-Ass’ and its sequel ‘Kick-Ass 2’.

He is also known for playing Scoonie in ‘Neighbors’ and its sequel ‘Neighbors 2: Sorority Rising’.

Christopher Charles Mintz-Plasse was born on the 20th of June, 1989, in Woodland Hills, California. He is the son to Ray and Ellen Plasse. While his father comes from a Christian family, his mother belongs to a Jewish family.

Mintz-Plasse is the great-grandson of American film producers Charles Mintz and MJ Winkler. The latter, his great-grandmother, holds an important place in the early development of animation films in Hollywood.

Mintz-Plasse got his first big break in Hollywood in 2007 with the coming-of-age teen comedy film ‘Superbad’. He played the role of McLovin, which earned him praise from critics and the audience.

The following year, he again voiced the character of Fishlegs Ingerman in two movies of the franchise ‘How to Train Your Dragon’ – ‘Gift of the Night Fury’ and ‘Book of Dragons’. He also starred in the remake of Tom Holland’s ‘Fright Night’.

Mintz-Plasse became a part of the ‘Neighbors’ film series in 2014, playing the character of Scoonie. He would go on to reprise the role in ‘Neighbors 2: Sorority Rising’ in 2016. He voiced Fishlegs Ingerman in ‘How to Train Your Dragon 2’.

In 2016, he starred in ‘Get a Job’, a Dylan Kidd’s comedy film. The movie originally shot in 2012, was released in 2016 and the cast included stars such as Bryan Cranston, Alison Brie, Anna Kendrick, among others.

As of January 2023, Christopher Mintz-Plasse’s net worth is $8 Million.

Here are some of the best highlights of Christopher Mintz-Plasse’s career:

“My favorite word? I think, delicious because it sounds so delicious. You say it, and you just wanna eat a chocolate bar.” – Christopher Mintz-Plasse

“I am always nervous about doing voice-over work. I’m always clammy and I worry, “What if my voice squeaks? What if I don’t deliver it right?” Until you start saying the lines, it’s always nerve-wracking, for some reason, and I’ve never gotten over that.” – Christopher Mintz-Plasse

“It’s always the script first choosing roles. [Then] whoever else is attached. I never like to be the first person attached, because I don’t really trust what’s going on unless there’s a really good director.” – Christopher Mintz-Plasse

“The Weezer ‘Blue’ Album is a classic. I think My Morning Jacket’s ‘Circuital’ is a great album to have. Any Led Zeppelin album. Pink Floyd ‘The Dark Side Of The Moon’ or ‘Animals.’ I always catch myself at concerts being like, ‘Oh, I just stared at the drummer for 15 straight minutes.’ I study them.” – Christopher Mintz-Plasse

“There’s no real downside to any sort of work that I do. I’m all so grateful for it, but I wouldn’t say that animated work is just a walk in the park. It is easy, it’s really fun, but I don’t know why I really stress myself out every time I’m about to go in.” – Christopher Mintz-Plasse

Now that you know all about Christopher Mintz-Plasse’s net worth, and how he achieved success; let’s take a look at some of the strongest lessons we can learn from him:

Walk away from a relationship with anyone or anything that doesn’t make you feel good.

You don’t owe anyone any explanations. It’s your path.

How much is Christopher Mintz-Plasse worth?

Christopher Mintz-Plasse’s net worth is estimated to be $8 Million.

How old is Christopher Mintz-Plasse?

How tall is Christopher Mintz-Plasse?

Christopher Mintz-Plasse is an American actor and comedian, best known for his roles of Chris D’Amico in ‘Kick-Ass’ franchise and that of McLovin in ‘Superbad’.

He has also appeared in several music videos, including ‘Erase Me’ by Kid Cudi featuring Kanye West, ‘So Good at Being in Trouble’ by Unknown Mortal Orchestra, and ‘U Don’t Know’ by Alison Wonderland featuring Wayne Coyne.

As of January 2023, Christopher Mintz-Plasse’s net worth is roughly $8 Million.

What do you think about Christopher Mintz-Plasse’s net worth? Leave a comment below.